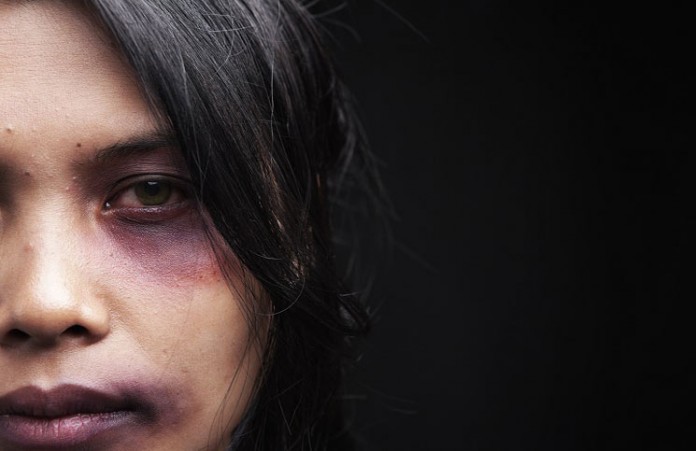 This article is written by Mallika Nigam of RMLNLU, Lucknow, on the topic of domestic violence. It will help you to understand Section 498A of Indian Penal Code.

Sometime back, there was a news item in the papers of a young girl who was burnt alive by her father and brother brutally just because she had refused to marry the person chosen by her family. This is the state of affairs of our nation today where countless number of women are being killed in the name of dowry, honour, domestic violence and what not. According to the 2012 statistics by the National Crime Records Bureau, 8233 incidences of dowry deaths were reported under section B of the Indian Penal Code (IPC) and 106527 incidences of cruelty by husband or his relatives under section 498 A of IPC. India’s constitution guarantees protection to live a life of dignity and respect to all its citizens, specially the marginalized one’s by virtue of Article 15. Also, India has ratified International Conventions like Convention for Elimination of all forms of Discrimination against Women (CEDAW). Hence, India made special provisions for women to address this inequality. Legislations like Sections 113 B, 498A & 304B of the Indian Penal Code, 1860, Dowry Prohibition Act (DPA), Protection of Women against Domestic Violence (PWDVA) address violence against women. These also lay the position that the institutions of marriage and family are not insulated from state interventions, particularly where there is violence against women within such institutions.

Necessity for Section 498A

During the 1980s, dowry deaths were steadily rising in India. Dowry death is the murder of a young woman; committed by the in-laws, upon non-fulfilment of their coercive demands for money, articles or property, commonly called as dowry. Cases of cruelty by husband and relatives of the husband culminating into suicide/ murder of innocent helpless women though constitute only a small but a gruelling fraction of cases involving cruelty. With the increasing number of dowry deaths in India, need arose to address the matter in an effective way. Organizations across the country pressurized and urged the government to provide legislative protection to women against domestic violence and dowry. The objective was to allow the state to intervene rapidly and prevent the murders of young girls who were unable to meet the dowry demands of their in-laws. With this object, the Government of India amended the Indian Penal Code, 1860 (IPC) by way of the Criminal Law (Second Amendment) Act, 1983 and inserted a new section 498 (A) under Chapter XX-A, Of Cruelty By Husband Or Relatives Of Husband on 26th December, 1983. The amendment focuses not only on dowry deaths but also cases of cruelty to married women by their in-laws. Section 498 (A) IPC is the only section in the IPC that recognizes domestic violence against women as a crime. Subsequent amendments were also made in the Code of Criminal Procedure, 1973 (CrPC) and the Indian Evidence Act, 1972 (IEA) by the same amendment on order to effectively deal with cases of dowry deaths and cruelty to married women by the husband, in laws and relatives.

Ingredients of Section 498A

The nature of the offence under Section 498A is:

Working of Section 498A- Developments

The Supreme Court in Suvetha v. State By Insp.Of Police & Anr.[1] held that:   Clause (a) deals with aggravated forms of cruelty which cause grave injury. Firstly, wilful conduct of such a grave nature as is likely to drive the woman to commit suicide falls within the ambit of clause (a). The second limb of clause (a) lays down that willful conduct which causes grave injury or danger to life, limb or health (whether mental or physical) of the woman is to be regarded as ‘cruelty’.   Dowry related harassment is within clause (b) of the Explanation. When the FIR coupled with the statement of the victim woman discloses cruelty of grave nature falling within clause (a), the police officer has to act swiftly and promptly especially if there is evidence of physical violence. In the first instance, proper medical aid and the assistance of counsellors shall be provided to the aggrieved woman and the process of investigation should start without any loss of time.   A punishment extending to 3 years and fine has been prescribed. The expression ‘cruelty’ has been defined in wide terms so as to include inflicting physical or mental harm to the body or health of the woman and indulging in acts of harassment with a view to coerce her or her relations to meet any unlawful demand for any property or valuable security. Harassment for dowry falls within the sweep of latter limb of the section. Creating a situation driving the woman to commit suicide is also one of the ingredients of ‘cruelty’. The offence under S. 498A is cognizable, non-compoundable and non-bailable. In the case of Ramesh Dalaji Godad v. Sate of Gujrat[2]; the Supreme Court held that to prove that cruelty was caused under Explanation a) of S.498A IPC it is not important to show or put forth that the woman was beaten up- abusing her verbally, denying her conjugal rights or even not speaking to her properly would fall into the ambit of mental cruelty. The Supreme Court in another case[3] stated that “Consequences of cruelty which are likely to drive a woman to commit suicide or to cause grave injury or danger to life, limb, or health, whether mental or physical of the woman is required to be established in order to bring home the application of Section 498A IPC”.

To properly understand the working of this section, following provisions also need to be discussed:

“113-B: Presumption as to dowry death-When the question is whether a person has committed the dowry death of a woman and it is shown that soon before her death such woman has been subjected by such person to cruelty or harassment for, or in connection with, any demand for dowry, the Court shall presume that such person had caused the dowry death.   Explanation-For the purpose of this section `dowry death’ shall have the same meaning as in Section have the same meaning as in Section 304-B of the Indian Penal Code (45 of 1860).”   This is a presumptive section which got inserted in the Evidence Act by Criminal Law (Second Amendment) Act, 1983 side by side the insertion of Section 498A to the IPC. The period of operation of this section is seven years. Hence, under this section a presumption arises when a woman committed suicide within a period of seven years from the date of marriage.

“306: Abetment of suicide.—If any person commits suicide, whoever abets the commission of such suicide, shall be punished with imprisonment of either description for a term which may extend to ten years, and shall also be liable to fine.”   The Supreme Court in Sushil Kumar Sharma v. Union of India And Ors[4] said that: The basic difference between the two Section i.e. Section 306 and Section 498A is that of intention. Under the latter, Cruelty committed by the husband or his relations drag the women concerned to commit suicide, while under the former provision suicide is abetted and intended. Consequences of cruelty which are likely to drive a woman to commit suicide or to cause grave injury or danger to life, limb or health, whether mental or physical of the woman is required to be established in order to bring home the application of Section 498A IPC. Cruelty has been defined in the explanation for the purpose of Section 498A. It is to be noted that Sections 304-B and 498A, IPC cannot be held to be mutually inclusive. These provisions deal with two distinct offences. It is true that cruelty is a common essential to both the Sections and that has to be proved. The explanation to Section 498A gives the meaning of `cruelty’. In Section 304- Be there is no such explanation about the meaning of `cruelty’. But having regard to common background to these offences it has to be taken that the meaning of `cruelty’ or `harassment’ is the same as prescribed in the Explanation to Section 498A under which `cruelty’ by itself amounts to an offence.   In another case of State of Himachal Pradesh v. Nikku Ram and Ors[5]., while interpreting the provisions of Section 304-B, 498-A, 306 and 324 IPC the Apex Court observed that harassment to constitute cruelty under Section 498A explanation (b) must have nexus with the demand of dowry and if this is missing the case will fall beyond the scope of Section 498A. Pre-condition for attracting the provisions of Section 498A is the demand and if the demand is missing and the cruelty is for the sake of giving torture to the woman without any nexus with the demand then such a cruelty will not be covered under explanation (b) under Section 498A IPC. It may be a cruelty under Hindu Marriage Act as held by Supreme Court in the case of Shobha Rani v. Madhukar Reddi[6], Apex Court observed that cruelty under Section 498A IPC is distinct from the cruelty under the Hindu Marriage Act which entitles the wife to get a decree for dissolution of marriage.

Development of Section 498A

The section was enacted with the aim to protect women from dowry harassment and domestic violence. However, more recently, its misuse has become an everyday affair. The Supreme Court, hence, in the landmark case of Sushil Kumar Sharma v. Union of India[7]  condemned this section as ‘Legal Terrorism’. Since cruelty is a ground for divorce under section 13 (1) (ia) of Hindu marriage Act, 1955. Wives often use this provision in order to threaten husbands.   In another case of Preeti Gupta v. State of Jharkhand,[8] the Supreme Court observed that “serious relook of the entire provision is warranted by the Legislature. It is a matter of common knowledge that exaggerated versions of the incident are reflected in a large number of complaints. The tendency of over-implication is also reflected in a very large number of cases”.   Even an innocent person accused under S.498A IPC, does not get the chance of getting quick justice owing to the offence being non-bailable and cognizable. We well know that ‘justice delayed is justice denied’, hence came the 243rd report of Law commission on section 498A of IPC laying down various changes ought to be made in order to remove the flaws of this section and its misuse.   A strict law in this regard needs to be passed by the parliament in order to punish those who act malafidely and tries to misguide the system of law.  Law commission in its 243rd report opined that  the  Section  along  with  its  allied Cr.PC  provisions  shall  not  act  as  an  instrument  of  oppression  and  counter-harassment.