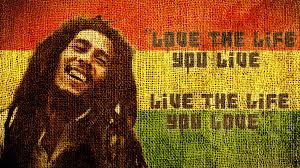 This article was written by Soni Bhola of RMLNLU, Lucknow while she was interning with iPleaders. Over to Soni.

Ever thought that the famous melody which our heart embraces, ‘No woman No cry’, can be disputed upon? You heard it right, some of Bob Marley’s most iconic songs, including ‘No Woman, No Cry’, have become embroiled in a copyright dispute.

Blue Mountain Music, who launched Marley’s international career, is being sued by Cayman Music, which represented Marley’s catalogue from 1967 to 1976.

Well, the question of who actually composed Bob Marley’s classic number No Woman, No Cry has fascinated scholars of the reggae legend for 40 years. Originally, Vincent Ford, a soup kitchen-owner and friend of Marley is listed as the composer of No Woman No Cry. But people have always been skeptical about it.

Spencer Leigh once wrote that circumstantial evidence suggests that Ford did not actually write No Woman. It is also said that since Marley did not want his new songs to be associated with Cayman so he put them in the names of his close friends and family members as a means of avoiding the contractual restrictions and also providing lasting help to them.

This is in line with Cayman’s claims that Marley attributed different names to his songs to avoid the provisions of his publishing agreement with the music company.

The High Court in London has begun hearing arguments in a copyright dispute over 13 songs by the late Jamaican reggae icon Bob Marley wherein Cayman accuses Blue Mountain of “misattribution and diversion of income” of a number of the Jamaican star’s hits.

The attorney for Cayman Music, Hugo Cuddigan, told the High Court in London that Cayman did not receive its share of credits for the songs written between 1973 and 1976, for over 40 years, because Marley had “fraudulently attributed”  them to other people. Cayman also claims that the 13 songs were not transferred under that agreement.

Blue Mountain, which is responsible for administering rights transferred under that agreement, says that the songs were covered under the transfer deal. Ian Mill, a lawyer for Blue Mountain, said on the “straightforward application of ordinary principles of contract law” the claim had to be dismissed because the “plain intention” of the 1992 deal was to “transfer all rights”.

Blue Mountain accepted that Marley had “falsely claimed” that the 13 songs had been composed by other people in an attempt to “escape the automatic assignment of their copyright to Cayman”. But he said it was common ground and as a matter of law the ruse was ineffective.

In addition to the worldwide hit No Woman No Cry, the contested songs include Crazy Baldhead, Johnny Was, Natty Dread, Positive Vibration, Rat Race, Rebel Music, Talking Blues, Them Belly Full, Want More, War, Who The Cap Fit and So Jah Seh.

The judge has reserved the ruling after a two-day hearing in the case where millions of dollars are at stake, and a verdict is expected by the end of this week.

One lessons musicians should take away from this is that contracts are to be taken seriously, and automatic assignment of rights is a dangerous thing! Hire a good lawyer before you sign contracts with a record label!