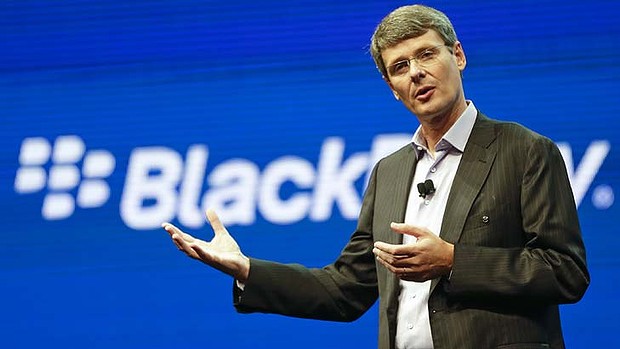 Last year, people everywhere were shocked at hearing news about the downfall and takeover of BlackBerry. But for those who had been carefully following the market, this came as no surprise. It was not something that was sudden, rather a sleeping demon that had been feeding on itself since the past six years.

Rewind to 2007.BlackBerry was the apple of everyone’s eye, until the actual Apple phone was launched. The stock prices of BlackBerry were stable at more than $140 per share, and it failed to recognize the iPhone as a threat. The iPhone did what BlackBerry had failed to do – woo the consumer, and not concentrate on just the professional. Both BlackBerry and Microsoft did not see the iPhone as a threat, saying that without a Qwerty keypad, a phone was just not good enough for e-mails and thus shut out the business class and the professionals. But slowly, the iPhone began to take over the market, and Blackberry began to slip. In September 2011, as Apple was geared up to launch the iPhone 4S, BlackBerry’s internet service suffered a complete blackout for several days, drawing a lot of flak from consumers. Not only this, the company had to lay off over two thousand employees due to growth problems.

Blackberry set out to redeem itself. Thus began the story of BlackBerry 10. This was a source of trouble from the very beginning. Even before the launch, there were allegations of trademark infringement on the platform, which was originally named BBX. This led to the renaming, leading to a delay in launch. From December 2011 it had to be postponed to sometime in 2012. Whatever anticipation and hype the company had managed to create because of the excitement of a new platform died in the wait. As if this was not enough, the CEOs of the company, Mike Lazaridis and Jim Balsillie resigned, leaving the company in charge of Thorston Heins. In March 2012, for the first time in years, BlackBerry showed a net loss. The signs were there for all to read. It did not help that Heins’ plans for ‘restructuring’ included laying off more than double the number of employees laid off in 2011, replacing executives who had been with the company for years and delaying BlackBerry 10 for yet another year.

Finally, somehow, BB 10 was launched with two new smartphones –the BlackBerry Z10 and Q10. The Z10, the first BB 10 phone, showed a marked departure from BlackBerry tradition. It did not have a Qwerty keypad, had a state-of-the-art HD display and around 70,000 apps. The Guardian carried an article talking about BlackBerry’s renaissance. It quoted Frank Boulben, formerly of Orange, “It could be the greatest comeback in tech history, the carriers [mobile networks] are behind us. They don’t want a duopoly.” It seemed as if BlackBerry might be turning over a new, positive page. The BlackBerry 10 launch event was also witness to the announcement that the official name would be changed from Research in Motion to Blackberry. A symbolic new page too.

But Blackberry’s troubles were far from over. Between the massive drainage of effort BB 10 had taken to launch – two years and fifteen acquisitions – and Google’s Android and Apple’s iPhone, BlackBerry’s share fell to a measly 5 percent. Balsillie, at one time a CEO and a leader of the company, himself sold all his shares. Lazridis too dumped 3.5 million shares – shares of the company he was a co-founder of. Was any other sign needed after this?

On 12 August 2013, the company released a statement saying it was open to be purchased. On the same day, Prem Watsa also resigned from the board. He was the foremost shareholder. In September, plans about laying off 4500 employees were rumoured, and BlackBerry declared a CAN$1 billion operating loss. On September 23, the company signed a letter of intent. Fairfax Financial Holdings were to acquire BlackBerry at $9 a share. Fairfax was led by Watsa. John Chen was appointed CEO after Heins was laid off. On October 15, 2013, BlackBerry tried to pull a desperate reassurance trick. It published an ‘open letter’ in nine countries, which was nothing more than a paid advertisement, really; trying to reassure consumers that BlackBerry was still a reliable brand. More than anything else, this reflected the depth of the mire BlackBerry was entangled in.

From over $140 in 2008, shares had fallen to less that $14 by March 2012. Fairfax had hurriedly announced acquisition, but could not show enough financials for it. The grapevine said that BlackBerry was considering breaking up the company and selling it in pieces. Bloomberg reported Albert Fried and Co. analyst Sachin Shah saying that breaking up the company will be more profitable indeed. By Nov 4 2013, Fairfax could not come up with the money. Other buyers were showing interest, but apparently BlackBerry was off the table. There were talks of raising a billion dollars and rebuilding the company. This had a huge effect on the stock market, with BlackBerry shares plunging more than 18 percent in light of this new development. Fairfax now is not taking over the company, but has invested in a bond deal and a shakeup of the management. Fairfax opted to invest approximately $250 million in the form of debentures.

As of now, BlackBerry is struggling to rebuild itself. In the face of successful and growing Google and Apple shares, it is difficult to see how that is possible. The company is now picking up executives who have experience in restructuring. On Jan 6 2014, it was announced that Ron Louks has joined the BB team as ‘President of devices and emerging solutions’; Louks was intitially the Chief Technology officer at Sony Ericsson, later the chief strategy officer at ailing HTC and finally went on to become CEO at open NMS.

Whether BlackBerry can rebuild itself again or nor is something everyone is waiting to see. John Chen still insists that the company is ‘well-positioned for the future.’ But whether it is a case of self confidence as a step to success or an ostrich burying its head under the sand remains to be seen.