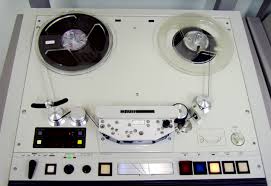 These days the procedure of giving tape recorded conversation as evidence before the court of law particularly in cases pertaining to Prevention of Corruption Act and TADA have become very common. In civil cases also, parties may resort to tape recordings of relevant conversation to support their contentions and strengthen their side. However, before accepting such evidence, the court has to consider various questions like the admissibility, nature and evidentiary value of such tape-recorded conversation.

Prior to the year 2000, i.e. before coming into force of the Information Technology Act, and the subsequent amendment of the Indian Evidence Act, there were only oral or documentary evidence. No provisions were present in the Act, which in any way pointed to the admissibility, nature and evidentiary value of any conversation or any statement which were recorded in an electromagnetic device. The question regarding the admissibility of such tape recorded conversations was raised many times before the court of law. This compelled the courts in India and England to develop principles of receiving such evidence in courts and thereby to act upon such evidence.

The relationship between law and technology has always been a complex one. However, the law is always tilted towards technology whenever required. The courts have very often from time to time, talked about the utility and admissibility of such tape recorded conversation in its various judicial pronouncements.

Proof of such recording: The Supreme Court in the case of Yusufali v. State of Maharashtra[2], observed that “if a statement is relevant, an accurate tape-record of the statement is also relevant and admissible”. The court further stated that before admitting any such recording as evidence, the time and place and accuracy of the recording has to be proved by a competent witness and that the voice, of the person against whom such evidence is being submitted, must be properly identified. The court promulgated that since magnetic tape recordings can be easily tampered with, they must be received with great caution, and must be admitted only after the court is satisfied that the record has not been tampered with.

Reliability of such recordings:  The degree of reliance which can be attributed to the tape-recordings was decided by the Supreme Court in the case of R.M. Malkani v. State of Maharashtra[4]. In this case, the prosecution case was based solely on the tape recorded conversation, which clearly proved the appellant’s intention to obtain a bribe. On the other hand, the appellant contended that such conversation cannot be admitted as evidence as per the provisions of Indian Evidence Act, as it was ‘unlawful’. But the Supreme Court discredited the contention of the appellant and held such conversation to be relevant.

The use of modern technology tools like tape records, video films, polygraph tests, DNA tests, etc. make the probability of truth highly certain. It is a general rule of evidence that all such evidence is admitted which helps the court in arriving at the truth.

The provisions of the Indian Evidence Act, coupled with the Information Technology Act, 2000, by and large, makes it clear that the electronic record, which is called as “computer output” is admissible evidence, provided that such evidence shall have to be necessarily accompanied by a certificate, without which, it is inadmissible.