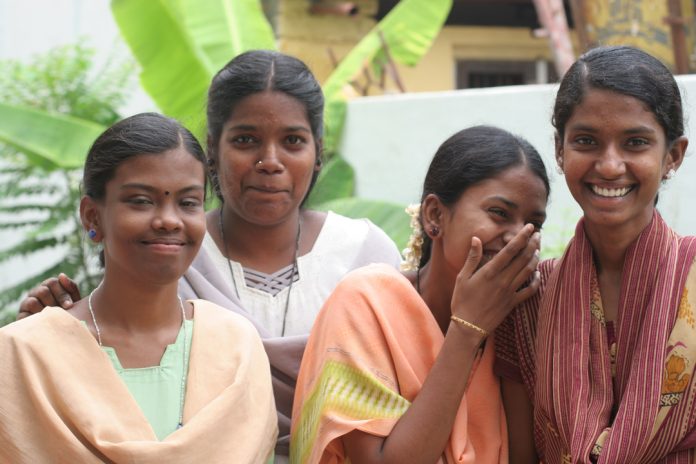 The Congress Parliamentarian recently introduced a bill in Lok Sabha namely Women’s Sexual Reproductive and Menstrual Rights Bill, 2018, which aims at the following:

These three rights, though blurred by various legislation will find their tenacity once the bill takes the shape of law.

Here is the critical analysis of this bill

Marital rape is a rampant problem which is faced by majority of women in India. According to National Family Health survey,2018, more than 80% of women have witnessed their husbands as a sexual perpetrator. The exemption clause under section 375 of Indian Penal Code, 1960, protects husband who imposes themselves on their wives unless she is less than 15 years of age. This also signifies the patriarchal hegemony as women assume that they have to provide sexual pleasure to men with or without her consent.

In the case of INDEPENDENT THOUGHT V. UNION OF INDIA,2017, reference was made to a decision of the European Commission of Human Rights which stated that “a rapist remains a rapist regardless of his relationship with the victim.” It also stated that a girl who is above the age of 15, who is still struggling with her bodily anatomy, if forced to have sexual relationship with her husband, often suffers from post-traumatic stress and hence her mental health gets disturbed.

It needs to be understood that the institution of marriage does not give an irrevocable right over woman, which in today’s society has become a norm and hence taboo such as marital rape exist.

This bill seeks to curb such taboo. It provides a woman agency over her body. It gives her more freedom towards choosing whether she wants to have a sexual relation with a man or not. This bill replaces the phrase “NO MEANS NO” with “ONLY YES MEANS YES”.

Also the bill further seeks to amend Section 375 of Indian Penal Code,1960 and gives women liberty to choose her sexual partner without making any stigma about her dressing sense, caste, profession etc. and in no way these factors should be construed for her sexual consent, hence giving her sexual right and agency over her body a meaningful effect.

Well, as glossy this may sound and even practicable to the women living in metropolitan city, a woman of low virtue will always be eyebrow-ed when she chooses her partner. Indian society will accept this, undoubtedly but pan India acceptance of this right is “a little out there”. Many verdicts have come where women are liberated with such snide but when it comes to implementation in social life of such woman, she has always been condemned which this bill tends to overlook.

Access to sanitary pad is a basic human right and a country like India, where girls are treated as an outcast when they have their menstrual cycle going on, educating public about the same is a necessity. If that happens only then access to free sanitary napkins will become a boon. There are many parameters over which this right can be disintegrated:

According to a study, it was shown that around 60% of rural women feel ashamed in buying pads from local shops and still uses cloth. This is one of the reasons why they are prone to cervical cancer.

In order to get rid of the taboo of menstruation, education is necessary. Many women don’t even have the knowledge of availability of cheap sanitary napkins. It is not only about women, a country where periods are considered something disgusting, indirectly gives rise to gender discrimination of women on the basis of such condition. People need to be educated about the time a woman go through such physical and mental stress and how society can be accommodating for them. Only making pads available won’t solve the problem if women are not able to reach out.

With the Govt putting 12% GST (though now removed) on sanitary pads, women belonging to a marginalised group, even though aware about it won’t be able to afford it and she will be inclined towards using cloth. Although Ministry of Health and Family Welfare under its Rastriya Kishore Swasthya Karyakram has taken initiative to provide sanitary pads at the rate of 6 Rupees for 6 pads, but implementation of it is far from reality. It is because the marginalised women living in urban areas will be aware about it and will have access to it but those who belong to a tribal area wont as she is not aware about it.

A team of social worker visited a small village in Madhya Pradesh and conversed with two girls. When the social worker asked them about their means for menstrual health, they innocently took her to their house and showed them the rigged bedsheets, cotton sarees etc. as the means to deal with menstrual period and how their mother has taught them meticulously to cut these in rectangular shape and use it. They were also asked to wash these clothes amidst of their cramps and nausea and to dry them under the sun where men can’t see.

It was also told by the social worker that when a worker from Anganbadi came to sell them sanitary pads, women were reluctant to take them because they still treat menstrual health as some sort of stigma.

It needs to be understood that right now even if we make menstrual health a right, if women are unaware about it and society treat these occasions as social stigma, it cannot be implemented, majorly in tribal areas.

Another factor towards the hindrance of implementation of this right is lack of groundwork. If this bill should be implemented, proper funds should be set aside in order to make sanitary pads a medical necessity. Making it cheaper won’t do it because even 20 rupees for a woman of grave poverty will matter to her. Hence free access to sanitary pads should be in consonance with free distribution of the same.

Another amendment this bill suggests is making termination of pregnancy legal through medical as well as surgical method. The rationale behind this amendment is as women have reproductive rights, she should be granted right to terminate her pregnancy as a norm and not as an exception. It ensures that even women in the rural areas can get their pregnancy terminated where the medical practitioners under the threat of section 312 of Indian Penal Code, 1960, abstains themselves from terminating the pregnancy.

It will be applied to married as well as unmarried women in the light of right to termination of pregnancy.

It too, however, comes with two exceptions, one, it will not be allowed as a method for female foeticide, another when the foetus has acquired the right to life.

This change is proposed to give the chance to rape victims to terminate their unwanted pregnancy ever after 20 weeks which the current legislation holds. Also, if making it a right, the social stigma attached to the termination of pregnancy can be curbed.

This part of the bill comes with both positive and negative aspects in itself. The positive side is that it gives women right to terminate her pregnancy like any other right and thus more autonomy of her body to decide for. But if looked broadly, how one can identify whether the termination is done as a normal course of action or as female foeticide?

It is also plagued with the assumption that women in rural areas and surroundings around them is capable enough to absorb such amendment. For instance, consider an unmarried girl from Haryana, who gets pregnant and wants to terminate her pregnancy, will the society welcome such move by her or will she be eaten alone by the stigmas around her?

In order to roll this bill in a proper direction, there has to be uniformity around the country regarding the understanding of unplanned pregnancy. The most orthodox parts of India should be pushed to the light of education and slowly these changes should be brought.

To conclude, it can be derived roughly that indeed this bill ensures the justice and equality with regards to women and most of it should be brought into the system but firstly systematic groundwork should be done for the same. It needs to be understood that the struggle any urban woman go through is rather limited than a struggle faces by the rural woman. One cannot legislate keeping urban women as the centre of its proposals.  People especially rural women should be brought at par with the rest of the country, only then it will be fruitful.