This article ‘5G: Economic Opportunity and Concerns’’ has been written by Ashish Gajwani Law Student at Maharashtra National Law University, Aurangabad. The author discusses the benefits, concerns, opportunities and risks in relation to the introduction of 5G technology in India.

In recent years the world of technology is proceeding upwards at a really fast pace, there are many factors involved which are contributing towards the growth of technology at such a rate, and one such factor is the Internet. The Internet forms the core of every technological advancement made throughout the world. The latest technological advancement in the world of the Internet is the introduction of the 5G network, which has given very promising results in the countries where it has been introduced. On the contrary, India is still lacking behind in the introduction of 5G technology which is delayed due to various reasons created by its own department’s lackadaisical approach.

5G technology means fifth-generation wireless technology. Just like 3G brought mails to our phones, and 4G brought ride-sharing apps and streaming videos, 5G might one day give us driverless cars or the technology for controlling drones. Not all 5G are created equally as it has three types of bands i.e. high, mid and low, which differ in their travelling and data transmitting capacities. “T-Mobile”, a telecom sector German company, is the first company to have a nationwide 5G coverage.

Unlike its predecessor 4G, the 5G technology is designed to offer high-speed data, capable enough to download high definition content in seconds, has ultra-low latency, reliability, massive network reach, higher capacity and an increased uniform user experience. It is developed by various tech-based companies which are constantly working on increasing its availability to everyone across the world. It was first introduced in western countries, which are proceeding at a really fast pace in terms of subscriptions. In the United States, when the comparison was done between high-speed 4G connectivity and 5G, 5G was two hundred and fifty times faster than high-speed 4G connectivity.

Despite offering so many advantages as well as its introduction in western countries as well as China, South Korea and other parts of Asia, India’s experts claim that it is not ready for the same, for a number of reasons which will be discussed later in this article.

The benefits of 5G in India

Considering the current pandemic situation and nationwide lockdown in which people are forced to stay inside their homes, online mediums are used to teach students by the schools and the colleges, and most of the organisations across the globe are developing work from home culture. Even the Judicial Proceedings and Trials are being conducted through online mediums while all these activities are creating a heavy amount of load on the current internet bandwidth. In order to tackle this situation, various countries, specifically India, need the introduction of 5G bandwidth.

Here are some benefits of 5G in India:

One of the biggest problems faced by India in the introduction of 5G is the delayed Spectrum Auction. Spectrum Auction is one in which telecom companies buy bandwidths with the help of which they will provide high-speed data to the users. The Auction was originally scheduled this year but due to various reasons, including pandemic as the major one, it became difficult to conduct it this year. Another challenge for Indian telecom companies is the high base price per MHz (Megahertz) in the auction, in India the base price per MHz is $70 million whereas it is $26 million in Italy, $18 million in South Korea, $10 million in the UK and $5 million in Australia. In this base price, the telecom companies will have to pay about Rs. 50,000 crore for 100 Mhz, who are already debt-ridden.

Even after purchasing the spectrum the problem of equipment and area for installation of towers and antennas will arise, the companies will have to incur heavy costs on buying and owning the respective places which will be used for the installation of different equipment. Also, the problem of affordable 5G handsets for Indian consumers is a challenge for mobile makers in order to make available the 5G network throughout the country.

One of the biggest risks posed by the introduction of 5G technology is ‘Security’. 5G will be connected to the Internet of Things (IoT) which in turn will be installed in houses, health care systems, agricultural units, drones etc. even if a single of them is infected with malware, it will hamper the whole system. Health is also one of the risks associated with the introduction of the 5G network. The high-frequency waves which would be produced by antennas and towers across the country will pose health and environmental issues, while the studies are still going on it is likely to have that effect.

The introduction of 5G technology in India will require India to upgrade its technology to the next level. This will require heavy investment for building infrastructure suitable for the efficient working of the network. Due to the current regulatory framework of the telecom sector, telecom companies owe a debt of about Rs. 4 lakh crore and are still suffering to fully monetise the 4G network. Also, recently, various review petitions were filed by the telecom companies in relation to their debt, that were further dismissed by the Supreme Court. This increased the financial burden on these telecom companies. Now with the introduction of the 5G network, they will have to again invest heavily in installation of tower, antennas and fibre cables. The regulatory permissions required for installation of infrastructure is also a big hurdle for telecom companies.

The inadequacy of the spectrum created by the demand for the same in the field of defence, railways and space in India is also a major concern for the telecom operators as the requisite amount of spectrum will not be made available to them.One of the major concerns related to the introduction of 5G in India is the partnership with China for bringing the software into the country. The company which is offering to bring 5G technology in India is ‘Huawei’ which is a Chinese based telecom company. Concerns have been raised by big countries like the United States over allowing the Chinese based company ‘Huawei’ to allow them to establish a 5G network in their country. The concerns are in relation to the security issues posed by allowing Huawei to establish 5G network as 5G network is not just for our smartphones it is much more than that, also the Intelligence and Espionage laws established by China allows the various organs to investigate and demand any type of data possessed by any of its organisations and individual, which they cannot refuse to share. These types of laws pose a big risk to the security of our nation.

Despite raising the concerns by the United States and several other countries like Japan, Australia, New Zealand and Taiwan banning it from conducting 5G trials, the government allowed Huawei to take part in the 5G trials, major security concerns were raised by different sectors of the Indian government over this issue. It is most likely that if the auction is conducted the Chinese bidder will emerge as the winner due to its lowest price among other competitors. It’s not just the Chinese company which will have access to all the data which will be required to establish the 5G network, it’s the country which will have equal participation. Allowing the Chinese based company might also affect the foreign investments in India as it will be a move which will put India directly between the US-China conflicts going over 5G.

As the current pandemic situation tends to rise up to a great extent and the Internet being used for several essential services and activities like health care and education across the country, the telecom should embrace itself in bringing 5G to India keeping in mind all the security concerns. Considering the current situation telecom companies are also pushing the government to hold the spectrum auction as early as possible

The security issues raised by the involvement of Huawei in developing 5G technology in India can be evaded if India can make itself sufficient to develop the technology. In India, nearly all electronic manufacturing companies are on the verge of bankruptcy, in order to save them, they can be directed towards building electronic infrastructure suitable for 5G network, heavy investments can be attracted in relation to this. This move of India will also fulfil ‘The Atmnirbhar Bharat Abhiyan’ started by our honourable Prime Ministers. The MSME can be the catalyst for developing these emerging technologies.

India produces about two million tonnes of e-waste of which approximately 12% is telecom equipment; this waste can be re-engineered to produce equipment for 5G development.

In the current pandemic situation when most of the activities are being conducted through online modes and the increase in the amount of data usage, India should focus on developing and bringing the 5G network as soon as possible. The pandemic has given a big blow to the Indian economy, developing 5G technology will boost up the economy and will also increase employment opportunities for all. Also, the introduction of 5G will open the gates for telecom sector companies to earn profits and pay off their long debts.

Even if there are a lot of concerns and controversies created by the involvement of Huawei in India’s 5G network development, India could take the initiative itself and develop the necessary infrastructure minimising the involvement of foreign companies. The fifth-generation network is not only limited to streaming or downloading videos in our handsets, it’s much more than that even though there are a lot of cons associated with it but the pros will eventually overcome them. The introduction of 5G in India can be a great step and it could be a great tool in fighting the Novel Coronavirus. 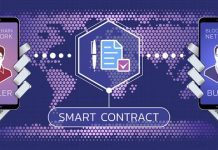 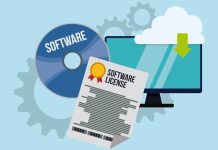 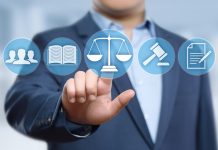 Law and technology : having a look at the upcoming virtual trends in the legal industry