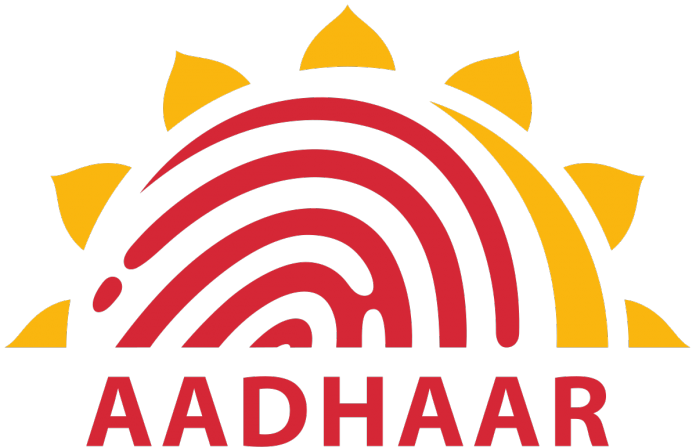 The UIDAI issues Unique Identification Card to provide a unique identity to an individual and recording his information in the form of iris and fingerprints patterns which is the biometric system, and there has been an increasing use of the same over the years.

The Supreme Court’s observation that Aadhaar is not mandatory on August 11, 2015, in the same judgment it was made necessary to use Aadhaar for LPG and PDS systems. Making Aadhaar so important explicitly raises concerns over the effectiveness of these old identification norms.  Here we shall be discussing two major concerns pertaining to Aadhaar controversy,

The biometric system of Aadhaar Card

The biometric data system of Aadhaar Card Scheme involves a collection of fingerprints with iris scans, which is claimed by UIDAI to be safe and secure. Although this being a misleading concept as disparities also evolve here, where the biometric information is involved in some unlawful use, leading to infringement of privacy.

These were some problems associated with the biometric system of Aadhaar Scheme the other issues are about the violation of the right to privacy and what happens when someone steals your identity, which shall be discussed further.

What if someone steals your identity from UIDAIs server

Aadhaar scheme creates a question mark on the laws of privacy of citizens in India.

A recent issue regarding the illegal use of biometric involved three firms Axis Bank, Suvidha Infoserve in Mumbai, and eMudhra in Bengaluru, where a FIR has been lodged by UIDAI to bring their illegal activities under the light. The problem here was that the authority found that there was an exactly similar biometric match for many transactions in these three firms, which only can be accomplished if there is some unauthorised use, giving a hint of illegal transactions. This means a single person registering as different people all together at these firms.

Sections 4, 7 and 8 ask for authentication of Aadhaar to be done through biometric processes which depend on a pattern matching method, does not result in an exact matching system. The biometric information recording depends on various factors as the method of recording the fingerprint or image of the eye, the devices used for these purposes and their credibility and also the physical status of a person, thereby being uncertain and very probable to be wrong. Due to these uncertainty issues, there are many authentication failure issues and thus places where it has been made mandatory for welfare schemes the people suffer a loss due to great delays caused.

Also, you cannot access your biometric information in the Aadhaar database as section 28(5) prohibits it and thus no citizen can verify it. All the power now lies with the enrolment authorities and they can make any changes as they like or collect the biometric information under section 2, 3 and 5 of the Act, keeping the people in the misconception of their details to be true.

Discussing how can it lead to a violation of privacy is by providing such information to many governmental and non-governmental organisations which then receive the biometric information of an individual which can further be exploited for any purpose.

In 2010, sharing of biometric information was allowed for purposes of national security. Thus, in 2011 came up a committee which looked into the principles of violation of Right to Privacy and its connection with Aadhaar.

The sharing of biometric information of a person leads to an infringement of privacy as the biometric data contains information relating to a person’s’ iris and fingers and any such sharing would result in the sharing of DNA information of a person. Such personal information can always be used against a person by other organisations to authenticate things in the name of people who do not possess those physical features. Every person has a right over his body and distribution of the information of his eyes and fingers can lead to duplication and fatal results for the individual also causing an infringement of Right to Privacy.

This was brought up by Justice Puttaswamy in a case, where he along with three other petitions claimed that the very collection of such biometric data is violative of the “right to privacy” coming under Article 21 of the Constitution. But the Attorney General, in this case claimed that there has been no infringement of any right as the right to privacy is not a part of Fundamental Rights and thus not a guaranteed right. The final order was that the UOI has to make wide publicity that Aadhaar is not mandatory and also use of Aadhaar can only be done for welfare schemes like PDS and LPG and no distribution of the same for illegal purposes shall be appreciated.

There is a great threat to identity because sim card operators are using Aadhaar as their basis and a single touch of finger approves the identification.

Such finger imitations can also be produced if someone takes information about a person’s finger and its details and produces a dummy finger to authenticate any sim service and thereby leading to fraud. Thus, this is taking away the right of a person to keep the information of his body parts private from other people.

Although sections 29 and 30 along with section 8 pose some restrictions on the publication of the biometric information and it should not be shared with anyone. If the information about a human’s body part recorded in biometrics of Aadhaar authentication is leaked the Aadhaar Act only authorises the UIDAI authority under Section 28 and 54 of the Act to take legal actions against such misuse. This concept of infringement of privacy of an individual for some official purposes is a great threat to democracy and the common man is a victim to this.

But the Modi government overlooks all these flaws and favours the Aadhaar Policy indiscriminately and now the issue has come up as the government mandates Aadhaar for tax return filings.

The spree to make Aadhaar Mandatory for tax returns

There is an ongoing news that the BJP’s new motive is to make from 1st July 2017, Aadhaar Mandatory for tax returns, in violation of the Supreme Court Judgment declaring it to be non-mandatory. This has been deemed to be achieved by amending the Finance Bill 2017. If this is not followed the government can cancel the allotment of PAN.

What is the exact logic behind merging the already existing identity source in the form of PAN with Aadhaar and making extraordinary identification backgrounds? All this amounts to waste PAN has been already existing since a long time for income returns and tax filings and adding Aadhar creates redundancy. The supposed reason behind this is linking of Aadhaar with bank accounts gives the government that to sneak into the person’s bank accounts and thus to analyse his income and tax filing as now everything revolves around digital transactions and it is important for the government to keep a track.

It was not considered as an infringement of Right to Privacy as it was argued by the government that it is not a fundamental right and thus no violation. Also, the government’s stand is to create and join the databases for maintenance of all the records like the bank, health, education and much more to ease the information gaining activities pursued by public officials.

Recent Judgement Related To The Legal Validity Of Aadhaar Card

Here’s Why You Should Have a Pan Card