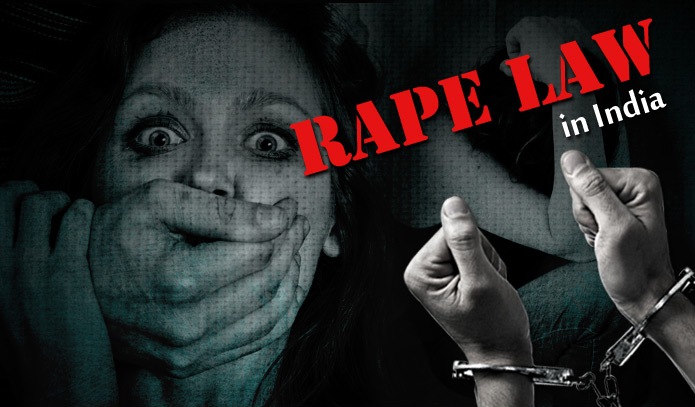 In this Blog Post, Abhiraj Thakur, a student NALSAR University of Law highlights three major gender issues concerning law against Rape in India. He tries to draw the attention of the readers to an very pertinent question which is, ‘Is a woman always the victim of rape and a man its perpetrator’?

For centuries we’ve followed the pattern of living in a society which is defined by and has been believed to be comprising of two genders: male and female, predominantly determined by the presence of a specified sex organ. As a result of this, we as a society have assigned a lesser value to all other identities or bodies thought to be different[2] and have given a sanctioned their the probing, prodding, judging and debating like alien objects which we just cannot accept as our own.[3]

Following the same belief, the laws that govern us too refuse to acknowledge the presence of more identities than just the two (male and female), and hence absolutely fail to comprehend that despite what the first part of S.375 of the Indian Penal Code[4] states, the offence of Rape isn’t solely committed by men on women and goes far beyond just the act of penetration. The recent High Court judgement of the Pinki Pramanik v. State of West Bengal[5] brought about a deep and much required discourse over the definitions of law addressing only two genders and failing to recognize the presence of a third or a fourth or a fifth gender or identity in the society, whether to prosecute or protect. The Pinki Pramanik petition raised an important question in law i.e. whether a person with an intersex anatomy can be accused of the offence of rape within the meaning of S.375 of the Indian Penal Code. 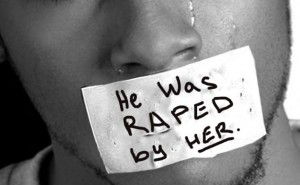 The sad truth that no one seems to want to talk about or address is that discussion on the issue of rape outside the male-female paradigm is negligible.[6] Whether this stems from a strictly patriarchal societal belief where men are considered supreme and accorded enough power and strength to dominate or whether the fact that they are confined to such a strict box of masculinity that just the idea of an offence of rape against them is considered ridiculous, is not known but the fact remains that the Indian Society and the resulting laws refuse to acknowledge the possibility of rape beyond the male-female paradigm. The first issue that I will bring about in regard to this case is: 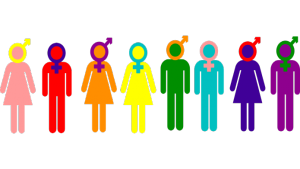 In a study of male rape victims, Stephanie Allen explains: “(…) both men and women describe how sexual victimization undermines their sense of autonomy.”

In 1980, Holmstrom and Burgess had reported that although rape always included power, anger and sexuality; sexuality was never the dominant theme. Darke in 1990 linked offender behaviour to an intent to humiliate the victim.[7] The conclusion that most researchers have come to is that rape is used to express anger or power and sexual satisfaction, though a trigger, cannot and is not the only factor resulting in the crime. Upon looking at the psychological reasons behind the commission of rape it seems almost stupid to imagine that only men can inflict this on women. It is true that a sense of dominance is mostly associated with men but the important issue to be noted here is that where rape involves the infliction of power and anger and sexuality, the burden of who can commit the crime cannot be confined to just males. We speak of this because it’s extremely important to define sexual aggression and sexual assault as something that includes a lot more than just sexual satisfaction. Sexual aggression, for this purpose, needs to be defined as “behaviour with the intention of making another person engage in sexual activity despite his or her unwillingness to do so”[8]

Section 375 of the Indian Penal Code[9] defines rape as follows:

And then the section goes on to define which acts specifically will be considered as rape and how the element of consent will be determined.

As evident, the law clearly makes it concrete that rape cannot be committed by anybody else who is not a man, which is problematic for two reasons:

Though the law clearly states the requirement of consent to determine the occurrence of rape but we see in this particular case that the element of consent was taken to be secondary. The court justified the presence of consent on the grounds that as the petitioner and the complainant were cohabiting in a manner where the complainant’s daughter would address the petitioner as papa, the consent was implied anyhow and hence the claims of sexual assault cannot stand to a large degree. For a Court at such a high stature to take such a stance is extremely problematic as the element of consent needs to be put on a much higher pedestal. It needs to be established clearly that consent for sex is required even in a consensual relationship and no matter how many “yeses” preceded it, a “no” is and should always be a “no”[10], also the law and the courts need to recognize and factor in this idea inherently as consent cannot be something that can be taken to be implied since situations can differ in every case.

“Since the possibility of sexual assault on men as well as homosexual transgender and transsexual rape, is a reality, the provisions have to be cognizant of the same.” [11]

As Section 375 of the IPC establishes that the Indian Law and courts only recognize rape as an act inflicted by a man on a woman, and nothing else committed by anybody else who doesn’t fall under the defined identities can classify as rape. The damage that such pre-defined identity constructs cause to the society is extremely harsh. As a result of having only two identities that we as a society recognize and approve of, we negate and ignore all other bodies and people who cannot identify with one particular identity and hence are left alienated and abandoned. What’s even worse is that we only realize that these are unaddressed issues when their lives or choices start affecting ours, as can be seen in this case. The only reason it was even possible to bring up a discourse on the problem of having laws that recognize and accommodate only two identities was the fact that an inter-sex person came under the spotlight for having been accused of a crime. The acquittal or conviction isn’t even under question here because what we really need to question first is how can we call it a society when numerous other identities are left to fend for themselves because no one and no law is ready to recognize them. We need to and have to stop thinking and classifying gender as two categories or two identities when there is a broader spectrum.[12] 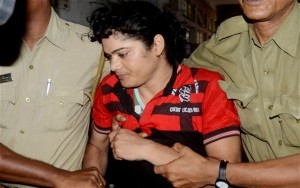 There were two main questions that arose from this case filed against Pinki, one was whether she had raped and tortured her partner and second was the question of whether she is a man. The entire discourse that went about on this issue kept running, keeping both these questions mutually in-exclusive to each other. What needed to be noted and kept in mind was that her absolution from one did not necessarily imply absolution from the other, but the law and the court saw contrary to it.

We assume that our bodies are naturally male or female. We don’t bother leaving any space for accommodation of bodies or identities that are slightly or could be different because the way we see it, different is wrong, different is lower than the established norms and identities, and hence doesn’t and shouldn’t matter as much.

[11] Justice J.S.Verma, Justice Leila Seth and GopalSubramanium, Report of the Committee on Amendments to Criminal Law