In this blog post, Pramit Bhattacharya, a student of Damodaram Sanjivayya National Law University writes about the anti- terrorist legislations in India and how they try to counter the issue of terrorism. A few major anti-terrorist legislation have been touched upon in a concise manner. The blog post also highlights the need for having such laws and how such laws violate human rights.

The legitimate and modern states have been under constant threat due to the activities of terrorist groups. The uniqueness of terrorism lies in the continuous changes that terrorists make in their mode operations and the multitude of methods they use in carrying out their activities. Terrorist activities have become brutal at the turn of the century, with terrorist organizations also having access to the technological advancements. 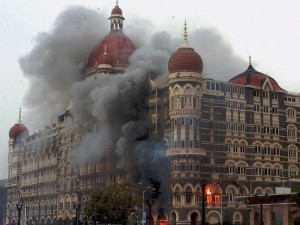 These are but very few cases of terror attacks in India. This list of attacks is long and list of causalities, longer. The Supreme Court, in the case of Kartar Singh v State of Punjab,[1] opined that the country is slowly falling into the grasp of rising terrorist violence and is caught in the deadly jaws of disruptive activities. Traditionally, terrorism was thought of as a threatening and coercive activity adopted to force a nation into fulfilling the political demands of the terrorist group. But the rise of modern terrorism is a very complex issue which deals not only with the fulfilment of political demands but is also tied to diverse ideological goals. The amount of violence and ambition of the practitioners in modern terrorist activities is alarming. Let us now look at the legislation India had or presently has to tackle terrorism.

This Act was instituted to curb those activities that questioned the territorial integrity of the nation. The ambit of the Act was strictly limited to the challenges which threatened the territorial integrity of the country, and when the Bill was debated in the Parliament, it was decided that through narrowing down the ambit of the Act, the right to association would remain unaffected. The Act has been drafted holistically as such and is completely within the purview of the central list in the 7th Schedule of the Constitution.

Commonly known as the TADA, this Act came into force in November 1987. This Act was more punitive and stringent than the UAPA and was designed to prevent terrorist operations in the country. When the TADA was introduced, many questions were raised about its constitutionality, but the Supreme Court held that when such laws are made, it is assumed that those who are entrusted with the statutory powers given by law will act in good faith. The TADA became non-functional in the year 1995.

Although this is a state Act, this should also be considered as one of the significant anti-terrorist legislation in the legislative history of India. The MCOCA was introduced in April 1999 and it was introduced especially to deal with the underworld gangs and organized crime syndicates in all of Maharashtra.[2] The MCOCA has been very successful in the state of Maharashtra and conviction rate has been as high as 78%. The definition of a terrorist act is far more stretchable in MCOCA than under POTA. MCOCA mentions organized crime and includes `promotion of insurgency’ as a terrorist act.[3] 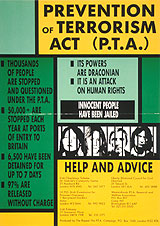 The POTA Act can be said to be the Indian Version of the U.S Patriot Act. The POTA was nothing new but only a different version of the TADA with some superfluous changes. When cross-border terrorism intensified, it was felt by the legislature that a special law needs to be created to deal with these acts and POTA was introduced. POTA gives a clear definition of terrorists and terrorist activities. In the case of PUCL v UOI,[4] the constitutional validity of this Act was also challenged. The POTA also faced widespread opposition throughout the country and especially with human rights organizations. It was believed that the Act blatantly violated fundamental rights of people provided for under the Constitution. The supporters of the Act, however, welcomed the legislation on the ground that it had been an effective measure in making sure that speedy trial took place for those who were accused of indulging in or abetting terrorism. The Supreme Court also gave their decision in favor of the Act saying that the Parliament had the ample authority under entry 97 of the list I of 7th Schedule and also under Article 248 to legislate the Act. Moreover, the view of the Apex Court was that having the Act was a policy decision and the Courts shouldn’t interfere in policy decisions.

Even though there was controversy regarding the constitutionality of the Act, it should be noted that there were several safeguards provided in the Act itself which prevented the abuse of power and violation of human rights. Some of the safeguards are-

The POTA was repealed in the year 2004, and was replaced by a new Act. There were several consequences of repealing the POTA and several questions also cropped up. The first among many was that since a law which especially dealt with terrorist activities had been repealed, what would be the future apparatus to deal with such activities. Special provisions were also dropped which restricted release on bail, and also allowed for longer police custody of the accused. The concept of strict liability of the accused was also dropped off after the repeal of POTA.

The amended Act although does not define the word terrorist but it defines terrorist activities. The word terrorist is to be interpreted in relation to the activity a person is carrying out. Terrorist Act is defined in Section 15 of the Act. The definition of a terrorist act was not provided in the 1967 Act. In this regard, the law has been widened. The former law only spoke about unlawful activities.

When an association is unlawful, the Central Government has to give a declaration of it citing the reasons for the declaration. The association will then have to provide a show cause that why it shouldn’t be declared unlawful. Under the amended Act also, the court has to take the permission of the Central or the state government to take cognizance for any offense falling under this Act. Confessions in front of a police officer are no longer admissible as evidence. Evidence collected through interception of oral, telephonic and wireless communication is made admissible under Sec 47 of the Act.

Various question has been raised on this amended Act also by many people under the pretext of the Constitutional rights. All these people must also keep in mind the fact that the constitution also talks about reasonable restrictions which can be placed even upon the liberty of people. In view of increasing terrorist activities, it is necessary that our country needs some strong laws in this area. The other thing the critics must keep in mind that there are safeguards also provided to prevent the misuse of power and violation of human rights, which are very similar to the previous Act. Those who are against these kinds of legislation must remember that these are enacted to safeguard the country as a whole and not a particular section of the society.

The POTA was repealed with a political motive to cash in on the vote banks. The fact should be given due consideration that if investigative forces and security forces are not given any legal powers de facto, then the human rights violations would be much more. There cannot be a contradictory situation in these type of vital matters. If one does not want to confer powers on the authority, out of human rights concerns, one also cannot sustain a situation where no actual powers are given but still wants the system to deliver. 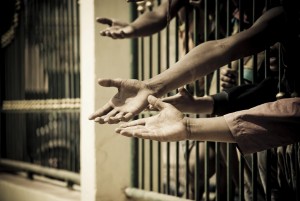 The fault does not lie with the legislature but with the system where implementation is never done efficiently. The matter at hand cannot be restricted to a narrowed down area. Legitimate powers are needed to be given because the situation is extraordinary. If the terrorist activities are allowed to increase in the name of improper legislation, there will be several threats which will reveal themselves with respect to the security of the nation. Learning from the experiences of past terror activities which shook the nation, people who are against such legislation should reconsider their stand and accept the fact that these laws are needed to uphold the unity, sovereignty and integrity of the country. Today, terrorism does not remain only a cross-border or “militant issue. Today terrorism has reached the heart of India with major attacks at cities like Mumbai and Delhi. Preventive detention laws without any safeguard whatsoever against their misuse were required in the Seventies and Eighties when the time was relatively peaceful. Those kinds of laws are not required now. Having such laws, even with safeguards against the misuse, is to give up to a sickening streak of one-sidedness.