Standard format contracts save time and reduce transaction costs. Businesses like their terms to be in a standard format, often rigid, because it drastically reduces cost of negotiation as well as doing business. A rather difficult situation, however, begins when one form is accepted through another form, which is given the almost theatrical name of battle of forms. This practice has been common for decades and present unique challenges to contract law. Whose form has precedence? Whose terms will survive? This article is written by Nikita Hora, a final year student at Jindal Global Law School and an Assistant Editor of this blog. 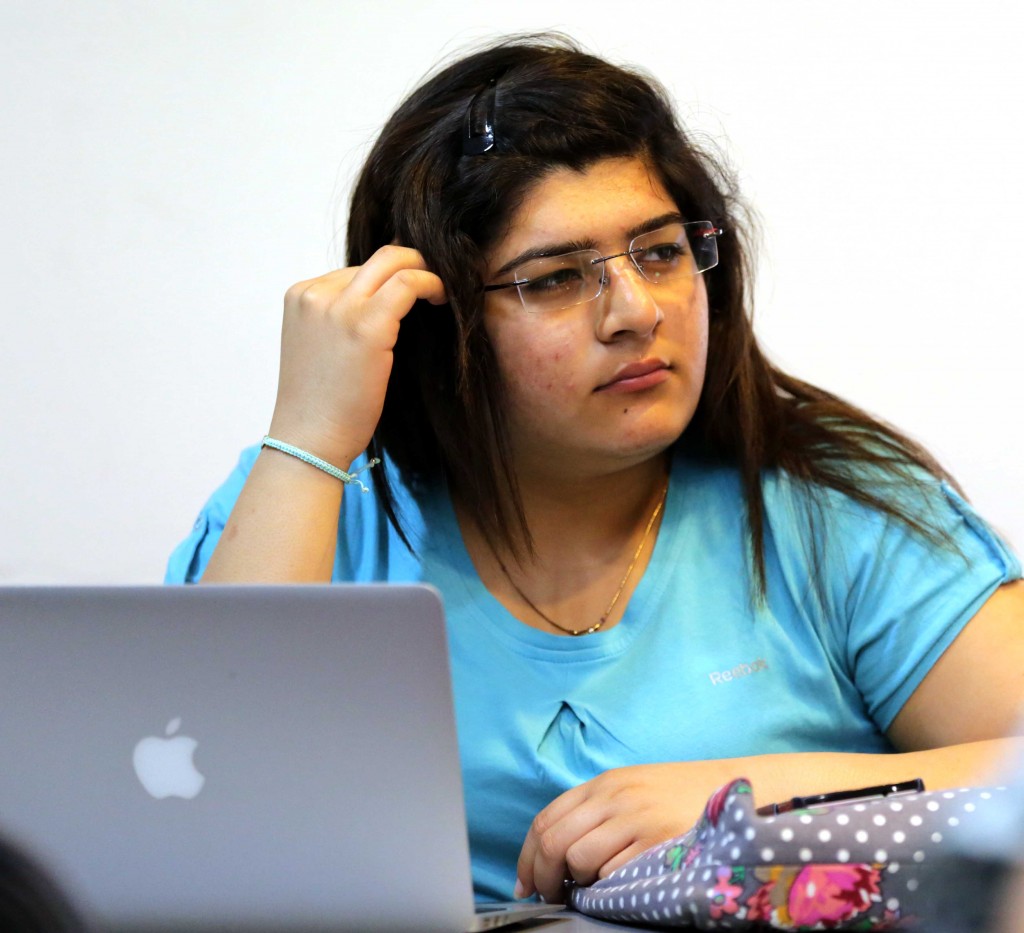 WHAT IS BATTLE OF FORMS

The term “battle of the forms” denotes the situation that serves “to describe effects of multiple of forms used by buyers and sellers to accept and confirm terms expressed in other forms.” [1]The contracting parties uses different standards printed forms to record the terms on which they are willing to bargain at the time of making the contract.

In simple terms it is a situation where it causes delays and confusion and in the worst case it might lead to long and protracted litigation. There are circumstances when the seller sends that invoice containing one set of terms and on the other hand buyer issues a purchase order that contains additional or different term. Then obviously this will lead to a conflict. The questions arise, whether there has been a contract at all and if so then whose term governs – the Buyer’s or the Seller’s? [2]Therefore typical battle of form occurs when the sellers include, an array of term and condition in the contract, that buyer wouldn’t like to get into.

When battles of forms takes places they become very difficult to resolve both domestically and internationally, especially when different legal system doesn’t have any way to decide what has been agreed upon amongst the parties and when they have to be dealt with inconsistent forms. [3]

SOLUTION OF BATTLE OF FORMS

“Mirror Image rule” has been adopted as a solution of the Battle of forms. Under this rule a contract cannot be formed till the time the acceptance corresponds exactly to the terms and condition mentioned in the offer. The acceptance that is not accordance with the offeror’s term would be considered as a rejection of the offer.[4] It can be considered as a counter- offer that the previous offeror can either accept or reject. A counter offer is considered to be an not only the non- acceptance of the offer, but also rejection of an original offer that can be accepted subsequently by the offeree.  This rule is based on the formalist fiction of the common law where both the parties need to agree to the same terms and conditions simultaneously to create a binding contract.

In Hyde v. Wrench [5]the court held that when there is a situation where the acceptance introduces the new terms, then it is considered that no contract is formed as the initial offer was rejected and the counter offer is made.

Further in the case of Harris Case[6], the court held that whenever an additional term is made to an offer it should be expressed otherwise it be implied by law, it does not prevent the contract. In reference to this when an acceptance purporting to add new terms to the exclusive benefit of the offeror would not be considered as a counter-offer. In the case of Nicolene Ltd. v. Simmonds[7] a line of demarcation was made and Lord Denning stated “it would be strange indeed if a party could escape from every one of his obligations by inserting a meaningless exception.” There might be similar situation where a mere request for information included in the acceptance that asks for special indulgence to the offeree is effective if the offeree is ready to perform the contract even if the indulgences are not granted. [8] For these types of situation court came up with the test of whether a reasonable person would consider the alleged acceptance as introducing a new term to the bargain. After this judgment it became very clear that mirror image rule is very dominant as offer and acceptance must conform in order to be considered as valid contract.

Battle of form is the process that will continue till that time party considers an acceptance of the terms submitted by the other. This is an oversimplification however the courts strictly adhere to a mechanistic approach to contract with the battle of forms. In British Road Services Ltd v Arthur V. Crutchley Ltd [9]it was held that when both the parties agrees that there was an agreement and even the parties behaved accordingly the no courts has power to deny whether the contract was not binding. The task of the judiciary is to determine the term of the contract. When the last form constitutes the counter offer, on the other hand the performance operates as acceptance. Hence it is very clear that the terms mentioned in the last form of the agreement and the “Last shot” prevails.

In Butler Machine Tool Co.Ltd. v. ExCell 0. Corp.(England) Ltd[10], Lord Denning came up with solutions of the problems available in Battle of forms. His approach lead to separating the question of the extent that is similar to the American approach of Article 2-207 of the Uniform Civil Code. One of the main problems with Battle of forms is determination of the content of the contract. There are three ways for determining the content.

The mirror image rules are reflected by the Section 59 of the Restatement (Second) of Contracts[12]. But in the American Approach under Uniform Commercial Code there were number of provisions that were modified from the common law of contracts. Article 2 of UCC deals with the all the transaction of goods other than securities transaction.

Section 2-207 of the UCC[13] abrogates the mirror image rule. Roto-Lith,Ltd. v. F.P. Barlett & Co.[14] is one of the best example of Battle of form under the American approach. In this case A offered defendant B to buy the barrel of emulsion. The offer did not state any warranty and specifically stated that particular purpose for which the emulsion was to be used. B acknowledged it and sent an invoice providing “ goods sold without warranties express or implied and subject to the terms on reverse side.” One of these terms stated: “B’s liability hereunder shall be limited to replacement of the goods which differ from B’s sample order. If these terms are not acceptable, the buyer must notify B at once. A did not object to the terms and accepted the goods on delivery, paid for them and put them in use. After using it, it was found that emulsion was defective. The suit was brought against B where it was it stated that there was a breach of warranty. The court said that response which states a condition materially altering the obligation solely to the disadvantage of the offeror is an acceptance . . . expressly . . . conditional on assent to the additional terms.” In this case, when A become bound to the contract he had the knowledge of the condition of the contracts then also he accepted the goods. Thus the court held that B’s response was a counter offer when A accepted to pay. Even in the common law approach would have reached to the similar conclusion that B’s action and writing did not constitute an expression of acceptance.

Poel v Brunswich –Balke- Collender Co[15]. case is an example where the court refused to find a contract based on the exchange of the conflict even though the parties believed that it was binding contract. This case became the example to bring in the changes in Section 2-207 UCC. The major changes were that Section 2-207 differentiated between

The United Nation Convention of Contract for International Sale of Goods

Article 19 of CISG provided that the purports to be an offer but it also contains the variant term that is supposed to be rejection of the offer and operates instead of counter offer.[16] The rules is supposed to be rigid but it is eased by subsection (2) that limits the mirror image rule by providing the provisions where there are additions and modifications that does not “materially alter” the offer. The terms of the offer and the altered response constitute the offer.

However Subsection 2 ‘s impact diminishes greatly by the overinclusiveness of materiality contained in subsection (3), which refers to the alternation of the material.

This CIGS also retains the spirits of the mirror image rule and on the other hand provides that any alteration done in the original offer are not material, it does not defeat the contract indeed it becomes the part of the contract unless an objection is made.

Battle of form is a situation where it causes delays and confusion and in the worst case it might lead to long and protracted litigation. Mirror image rule and last shot doctrine are the main two solutions that solve the problem of Battle of Form. Restatement of (Second) Contract, the United Nation Convention of Contract for International Sale of Goods and Article 2-207 of UCC are drafted but they are influenced by Mirror Image rule.

Still there is no absolute answers or solution to the Battle of form.

[12] Restatement (Second)of Contracts,? 59 provides: “A reply to an offer which purports to accept it but is conditional on the offeror’s assent to terms additional to or different from those offered is not an acceptance but is a counter-offer.

[13] Article 2-207 of the UCC provides: “A definite and seasonable expression of acceptance or a written confirmation which is sent within a reasonable time operates as an acceptance even though it states terms additional to or different from those offered or agreed upon, unless acceptance is expressly made conditional on assent to the additional or different terms. (2) The additional terms are to be construed as proposals for addition to the contract. Between merchants, such terms become part of the contract unless: (a) the offer expressly limits acceptance to the terms of the offer; (b) they materially alter it; or (c) notification of objection to them has already been given or is given within a reasonable time after notice of them is received. (3) Conduct by both parties which recognizes the existence of a contract is sufficient to establish a contract. In such case the terms of the particular contract consist of those terms on which the writings of the parties agree, together with any supplement any terms incorporated under any other provision of this Act.”