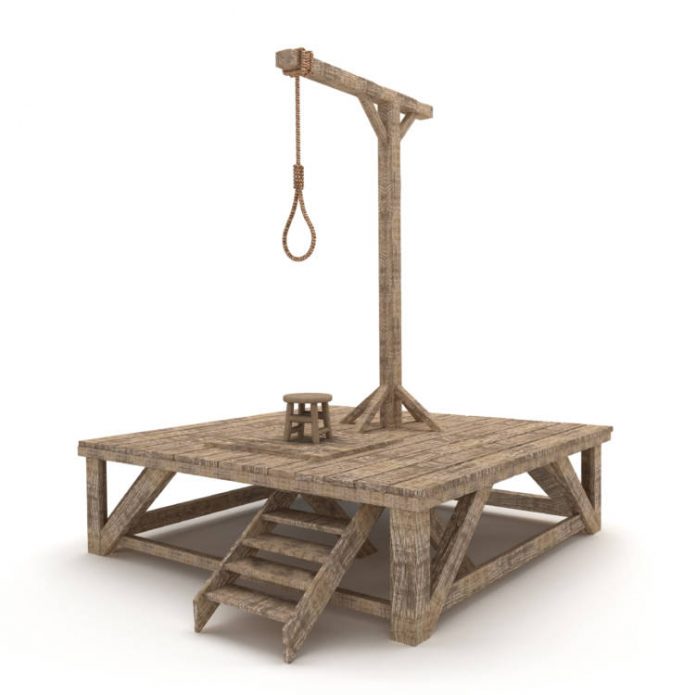 This article is written by Khushi Agrawal, 1st-year student, Symbiosis Law School, Noida. She has discussed the concepts of capital punishment and Article 21 of the Indian Constitution in detail.

What is capital punishment?

Capital Punishment is also known as a death penalty, execution of an offender sentenced to death after conviction of a criminal offence by a court of law. Indian Criminal justice system is one of the important parts of capital punishment.

Evolution of capital punishment in India

India retained the 1861 Penal Code at independence in 1947, which provided for the death penalty for murder. The idea of abolishing the death penalty expressed by several members of the Constituent Assembly during the drafting of the Indian Constitution between 1947 and 1949, but no such provision was incorporated in the Constitution. In the next two decades, to abolish the death penalty, private members bills were introduced in both Lok Sabha and Rajya Sabha, but none of them were adopted. It was estimated that between 1950 and 1980, there were 3000 to 4000 executions. It is more difficult to measure the number of people sentenced to death and executed between 1980 and the mid-1990s. It is estimated that two or three people were hanged annually. In the 1980 Bachan Singh judgment, the Supreme Court ruled that the death penalty should only be used in the “rarest of rare” cases, but it is not clear what defines the rarest of the rare.

India opposed a UN resolution calling for a moratorium on the death penalty because it goes against the Indian statutory legislation as well as against each country’s sovereign right to establish its own legal system.

In India, it is awarded for the most serious of crimes. It is awarded for heinousness and grievous crimes. Article 21 says that no person shall be deprived of ‘right to life’ which is promised to every citizen in India. In India, various offences such as criminal conspiracy, murder, war against the government, abetment of mutiny, dacoity with murder, and anti-terrorism are punishable with death sentences under Indian Penal Code (IPC). The president has the power to grant mercy in a case of death penalty. Bachan Singh vs State of Punjab,[1] the Court held that capital punishment will only be given in rarest of rare cases.

Only the president has the power to confer mercy in cases related to death sentences. Once a convict has been sentenced to death in a case by the Sessions Court, it must be confirmed by the High Court. If the appeal to the Supreme Court made by the convict fails then he may submit a ‘mercy petition’ to the President of India. Detailed instructions on the procedure are to be followed by States to deal with petitions for mercy from or on behalf of death-sentenced convicts. Appeals to the Supreme Court and requests for special leave to appeal to that court by such convicts shall be set out by the Ministry of Home Affairs. Under Article 72 of the Constitution of India, the President has the power to grant pardon, reprieves, respites or remissions of punishment or to suspend, remit or reduce the sentence of any person who has been convicted of an offence.

What are the execution methods followed in India?

There are two methods of execution in India and they are:

Under the 1950 Army Act, both hanging and shooting are listed in the military court-martial system as official methods of execution.

What are the death penalty crimes?

The crimes and offences which are punishable by death are:

It is punishable by death in accordance with Section 302 of the Indian Penal Code, 1860. In Bachan Singh v. State of Punjab,[2] the Court of India held that the death penalty is constitutional only when applied as an exceptional penalty in “the rarest of the rare” cases.

Muhammad Afzal was executed by hanging on 9th February 2013. He was executed of the December 2001 attack on India’s parliament in which nine people got killed by five gunmen armed with guns and explosives. Mohammad Ajmal Amir Qasab, the only surviving shooter in 2008, was hanged on 21 November 2012 for various crimes, including waging war on India, murder and terrorist acts.

The use of any special category of explosive to cause an explosion that could endanger life or cause serious damage to property is punishable by the death penalty.

A person who inflicts injury in a sexual assault which results in death or is left in a “persistent vegetative state” may be punished with death under the Criminal Law Act, 2013.

According to the 2018 Criminal Law Ordinance, a person who is liable for raping a girl who is below 12 years of age may be sentenced to death or sent to prison for 20 years along with fine. The 2018 amendment also specifies the death penalty or life imprisonment for a girl’s gang rape under the age of 12. These changes to criminal law followed an eight-year-old girl’s rape and murder, Asifa Bano, who triggered a lot of political unrest in Jammu and Kashmir State and across the country.

According to Section 364A of Indian Penal Code, 1860, kidnapping not resulting in death is an offence punishable by death. If any person detaining anybody and threatens to kill him or harm him during which the kidnapper’s act actually resulted in the death of the victim, will be liable under this section.

If a person convicted of a commission or attempt to commit, abet, or criminal conspiracy to commit any of a range of drug trafficking offences, or financing of certain types and amounts of narcotic and psychotropic substances, he or she can be sentenced to death.

The death penalty is given to any person who is waging or trying to wage war against the government and helping Navy, Army, or Air Force officers, soldiers, or members to commit a mutiny.

Abetment of assault, mutiny or attempting to seduce airman, soldier, the sailor from his duty and various other offences are punishable by death if committed by a member of the Army or Navy or Air Force.

Which category of offenders are excluded from capital punishment?

According to the law in India, a minor who is under the age of 18 at the time of committing a crime is not executed.

Clemency must be granted to a pregnant woman sentenced to death according to a 2009 amendment.

According to the Indian Penal Code, a person while committing a crime who was mentally ill or is not able to understand the nature of the act or the act is wrong, then that person can be held liable under the law and can be punished with the death penalty.

Article 21 of the Constitution guarantees the right to life and personal freedom to all, including the right to live with human dignity. The state may take away or abridge even the right to live in the name of law and public order.  But this procedure must be “due process” as held in India’s Maneka Gandhi v. Union.[3] The procedure that takes away a human being’s sacrosanct life must be just, fair and reasonable. Our constitutional principle can be stated as follows

In Jagmohan v. State of U.P,[4] the Supreme Court held that Articles 14, 19 and 21 did not violate the death penalty. The judge was said to make the choice between the death penalty and life imprisonment based on circumstances, facts, and the nature of the crime recorded during the trial. The decision to award the death penalty was therefore made in accordance with the procedure laid down by law as required by Article 21.

But, in Rajendra Prasad v. State of U.P,[5] the judge held that unless it was shown that the criminal was dangerous to society, capital punishment would not be justified. The learned judge pleads that the death penalty is abolished and said that it should be retained only for “white collar crimes”. It was also held that the death penalty for the murder offence awarded pursuant to I.P.C. Section 302 did not violate the constitution’s basic feature.

But, in  Bachan Singh, v. State of Punjab,[6] explained that, in accordance with an equitable, fair, and reasonable procedure laid down by law, the constitutional bench of the Supreme Court has recognized Article 21 the State’s right to deprive a person of his life. In addition, there was no violation of the basic character of the Constitution by the death penalty for the murder offence granted under Section 302 I.P.C.

It is a controversial topic which is related to social and moral aspect. The Court expanded the range of “alternative options” to be exhausted before the death sentence was chosen and the Supreme Court ruled in favour of the conviction in the case of Bachan Singh. By retaining the death penalty, we may execute someone to death who turns out to be innocent.