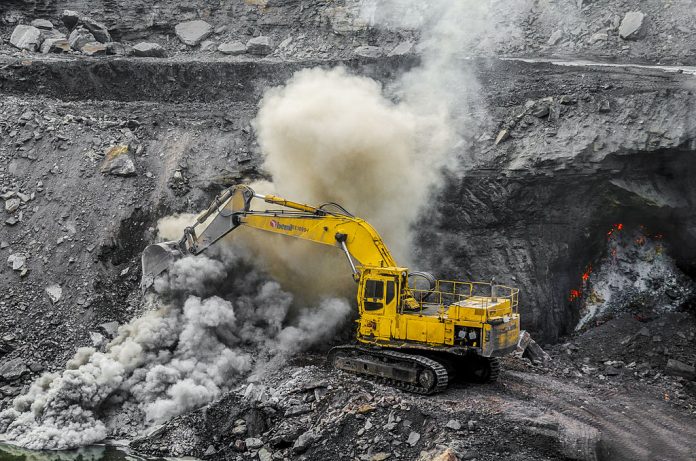 In this article, Akshita Rishi who is currently pursuing M.A. IN BUSINESS LAWS, from NUJS, Kolkata, discusses the rules that govern the allocation of Coal Blocks in India.

We often talk about conservation of our natural resources as they are limited in nature. Natural resources include water, gold, iron and fossil fuels like coal and petroleum. These natural resources are of utmost importance for our living. As here we are discussing about coal, so let us understand the uses of coal which are as follows: –

We can clearly understand the importance of electricity, steel, cement in our day to day lives. Thus, allocation of coal blocks should be transparent as well as on well defines rules, guidelines, orders, notifications etc. which are set up by the ministry.

Now let us understand this topic in detail. Regulations of Coal, Coal Mines and Coal Blocks in India.

Regulations of Coal, Coal Mines and Coal Blocks in India.[1]

Government of India – Ministry of Coal which is 2008: certified ministry has comprehensively taken the responsibility for determination of various policies and strategies which are used to explore and develop coal. The authority is used to lighten reserves, and most importantly sanction high valued important projects and other such related matters.

Coal Block means the length of layer of coal beneath the surface of earth.
Denotation:- Generally, it is denoted in square kilometres. Example:- 10 square km of Raniganj (India).

It means, mining with a condition, that the coal mined can specifically be used in a said industry for which the allocation or auction of the coal block has been done.

Reason: – The reason behind this was to keep coal prices low as, after the enforcement of the Coal Nationalisation Act (1973), coal mining became a monopoly. Thus, to curb it and improve the compliance along with adequate safety norms captive coal mining was introduced. This also reduces government interventions, thus ensuring stable supply chain for prominent industries indulged in power generation etc.

Any surplus coal is compulsorily sold to coal India at a notified price.

The following grounds were disclosed for such act,

Effect of this judgement

As a lot of concerns were raised due to a number of cancellations which further resulted in shortage of power. Thus, the bill provided following details related to allocation of coal blocks:

The Coal Mines (special provisions) Rules 2014 were notified in December 2014 specifying the eligibility and compensation of prior allottees.

Allocation of Coal Blocks through 2015 Bill

Schedule I – It consists of all 204 mines which were cancelled by the honourable Supreme Court.

According to the bill, the allocation of these mines could be either through public auction or public allocations.

Public auction means bidding by any government, private or joint venture company. They can utilize that coal either for sale or their own consumption or any other purpose which has been particularly specified in their mining lease.

Public allocation on the other hand means allocation of specific coal mines to any government company or any other company who has been awarded a power plant project through competitive bidding. However, in this case also, the coal mined can be used either for sale or personal consumption. However, no specific procedure has been laid down in case of private companies.

In case of any surplus coal (rejects) middling etc. would be in accordance with the prevalent policies and government instructions at that time.

50% shall be linked to the development of captive coal block and the other 50% will be allocated to the guaranteed production.

The above-mentioned bank guarantee will be enclosed as follows,

However any de-allocations or cancellation of mining lease will not create any liability to the government.

In February 2015, out of 176 companies, 134 Companies were technically sound enough to qualify for making financial bids in 21 coal producing mines. Some of the major and popular companies among the above-mentioned 134 companies are: –

Guidelines for allocation of captive blocks in India [7]

Applications without above-mentioned documents will be treated as incomplete and eventually can or will be rejected.

Popularly known as “COLGATE” came to light in 2014 when the Comptroller and Auditor General of India accused Government of India for inefficiently allocating coal blocks in the period of 2004-2009. When this matter was directed to the honourable Supreme Court, it declared all those coal allocations as illegal.

termed all the coal allocations of mine as intransparent.

Here are some key highlights of this landmark judgement