This article is written by Ankit Bhandari, a 2nd-year law student from National Law University, Assam.

Commercial Surrogacy refers to the contract  wherein a woman carries a pregnancy for another couple and a fee to woman is given in exchange of carrying and delivering a baby. After birth the child is handed over to the one for whom the woman carries the baby. Surrogacy was defined by the Warnock Committee as the practice whereby one women carries a child for another with the intention child should be handed over after birth, which implies that the carrying woman acts at the request of another women who is unable to have child herself[1]. There are two types of surrogacy namely:

Commercial surrogacy has been legal in Indian since 2002. In recent times Indian has emerged as the leader in the international surrogacy reason being, availability of surrogates at lower cost as compared to the other nations. Indian clinics are becoming more competitive not only in matter of pricing but also in the hiring of the retention of Indian females surrogates. The Honorable Supreme Court of India through Manji Yamada Case[5] held that commercial surrogacy  is legal in India.  As far as this case is concerned, it involved Baby Manji, born on 25-7-2008, under a surrogacy agreement executed between Japanese biological/genetic parents and an Indian surrogate mother. She became focus of legal as well as diplomatic crisis soon after her birth. Her genetic parents had divorced months before her birth. The genetic mother was refusing the child, while the father and grandmother  wanted to raise the child. In this case, it was held that if the petitioner has any grievance in relation to the order to be passed by the Central Government, such remedy, as is available in law may be invalid. It is also to be noted that the Commissions for Protection of Child Rights Act, 2005 has b-een enacted for the constitution of a National Commission and the State Commission for protection of child rights and children’s courts for providing speedy trial of offences against children or of violation of child rights and for matters connected therewith and incidental thereto. In the present case, if any action is to be taken that has to be taken by the Commission. Section 13 which appears in Chapter III of the Act is of considerable importance[6].

In another case of the Jan Balaz v Union of India[7] question in front of Gujarat High Court was that whether a child born to a surrogate mother has an Indian national whose father is a foreign nation would get the citizenship of Indian or not? . Gujarat High Court  bestowed Indian citizenship upon the twin babies fathered through compensated by a German nation. In relation of the surrogated mother to the child she is carrying is nothing but womb leasing or womb for rent. After the birth of the child she has no right to keep the child because she is neither the mother (where both ova and sperm are from different persons) nor the owner of the genetic material. She is only a contractor who is willing to give the end product once the contract between her and the person is fulfilled[8]. If any person wants to deal with pre-requisites of commercial surrogacy there is no uniform law at time in India, but owing to growing demand for the surrogacy in India and protection of child rights[9]. Government has drafted a legislationknown as the Assisted Reproductive Technology (Regulation) Bill 2008[10].For the time being guidelines for accreditation, supervision and regulation of Assisted Reproductive Technology clinics formulated by the Indian Council of Medical Research and National Academy of Medical Sciences are used as a basic platform and the code for the purpose of conducting surrogacy in India. The extract form of the guideline is given below:

The Law Commission of India has submitted its 228th Report on “Need For Legislation To Regulate Assisted Reproductive Technology Clinics As Well As Rights And Obligations Of Parties To A Surrogacy.” The following observations had been made by the Law Commission: –

(a) Surrogacy arrangement will continue to be governed by contract amongst parties, which will contain all the terms requiring consent of surrogate mother to bear child, agreement of her husband and other family members for the same, medical procedures of artificial insemination, reimbursement of all reasonable expenses for carrying child to full term, willingness to hand over the child born to the commissioning parent(s), etc. But such an arrangement should not be for commercial purposes.

(d) One of the intended parents should be a donor as well, because the bond of love and affection with a child primarily emanates from biological relationship. Also, the chances of various kinds of child-abuse, which have been noticed in cases of adoptions, will be reduced. In case the intended parent is single, he or she should be a donor to be able to have a surrogate child. Otherwise, adoption is the way to have a child which is resorted to if biological (natural) parents and adoptive parents are different.

(e) Legislation itself should recognize a surrogate child to be the legitimate child of the commissioning parent(s) without there being any need for adoption or even declaration of guardian.

(f) The birth certificate of the surrogate child should contain the name(s) of the commissioning parent(s) only.

(g) Right to privacy of donor as well as surrogate mother should be protected.

(h) Sex-selective surrogacy should be prohibited.

(i) Cases of abortions should be governed by the Medical Termination of Pregnancy Act 1971 only.[12]

At the end of the discussion it can be said that right to reproduce is inborn human right as well as fundamental, surrogacy is the one way to conquer biological and social infertility. It provides medically infertile couples and socially infertile individuals who are unwilling to married to chance to have child of their own. Legalization of gestational surrogacy would aim to protect the surrogate’s interests as well as those of the intended parents and baby born out of surrogacy. 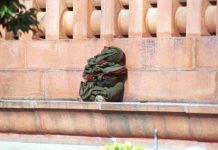 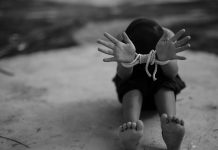