This article is written by Arunesh Roy, pursuing a Diploma in Entrepreneurship Administration and Business Laws from LawSikho.com. Here he discusses “Commodity Exchange- A Crucial Evaluation”. 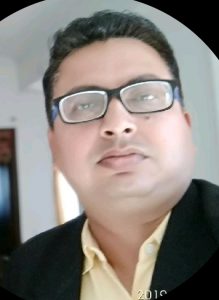 A Commodity may include anything, other than services, which may be bought and sold in an organized market. Such organized markets which facilitate the buying and selling of various goods i.e organize spot & futures trading of commodities under a License are called exchanges. As per FCRA’1952 (Forward Contract Regulation Act), the term “goods” include all kinds of movable property other than actionable claims, money and securities.

Today all goods of agricultural, mineral and fossil origin can be traded.

Historical Perspective in the world:

An Exchange is an organized market wherein varied people gather to trade with various goods that may be measured under various units of measurement. Such exchanges are regulated and inspected by the respective country/ state. The history of such exchanges may be traced to 14th century to be precise 1200- 1500 BC, as per the writings available of Romans and Phoenicians.

The invention and usage of notes brought about a revolution in the trading and business and the faster growth of various markets or so-called exchanges. The humble beginning which started as fairs in small streets of Europe soon spread to various other regions.  Thus Hamburg, Bremen, New York Exchanges were later set up, which are still treated as exchanges of significant importance.

In the recent past, the origin of organized trading evolved in Chicago, in 1848. But the origin may also be traced to Japan, wherein the trading originally started with rice receipts rather than a physical product.

Over a period, such exchanges practices became profitable and encouraged the entry of various other products in the market. This led to the evolution of various regulatory bodies for the regulation of such exchanges across various countries.

Status of Exchanges within our country:

The origin of organized trading may be traced to the 19th century, in 1875. Over a period, such exchanges practices started in many cities with multiproduct.

This led to the creation of Forward contract Regulation Act’1952 (FCRA)  for the regulation of such transactions and markets all over India. Initial market operations had too many restrictions but the same were liberalized after Globalization in 1990 leading to opening the markets for multiple products with relaxed norms for trading. The relaxed norms have led to a surge in the market, in terms of modern exchanges, commodities allowed for derivatives trading and value of futures trading in commodities.

Further development took place with the launch of online commodity exchanges to facilitate better risk coverage and delivery of commodities.

Forward Market Commission (FMC), a statutory body was set up under the Forward Contract Regulation Act’1952 (FCRA) to regulate the entire process of commodity exchanges initially.  Later, the FMC was merged with the Security and Exchange Board of India (SEBI) for better and effective management.

National Commodities & Derivatives Exchange Limited (NCDEX) is promoted by national-level institutions. It is a public limited company incorporated in April 2003 and is a national level technology-driven Commodity Exchange, with an independent Board of Directors and driven by professionals. Its promoters include ICICI Bank, LIC NABARD, CANARA Bank, CRISIL etc.

It is providing a global commodity exchange platform for participants to trade in a broad range of commodity derivatives driven by international practices, professionalism and transparency.

NCDEX is regulated by SEBI and is subjected to other laws like the Companies Act, Stamp Act, Contracts Act, Securities Contracts Regulation Act and various other legislations.

NCDEX is in Mumbai and offers facilities to its members in more than 550 centers throughout India. NCDEX facilitates the trading of 57 commodities.

Multi Commodity Exchange of India Limited (MCX), located in Mumbai,  is an autonomous and de-mutualized exchange with the permanent reorganization from Government of India. Major shareholders of MCX are Financial Technologies (India) Limited, State Bank of India, Union Bank of India, Corporation Bank of India, Bank of India and Canara Bank. MCX deals with online trading, clearing and settlement operations for the commodity futures market.

MCX initiated trading in Nov 2003 and has built a strategic alliance with multiple associations and currently operates in over 40 countries.

Futures’ trading was evolved due to problems related to the maintenance of a year-round supply of commodities which are seasonal as is the case of agricultural produce. The leading commodity futures exchanges in the world are in the United States, Japan, United Kingdom, Brazil, Australia, Singapore etc.

Two kinds of trade is practiced in commodities. One is the spot trade, in which cash is paid against physical goods and the deal is closed.

People trading in commodity futures need not necessarily possess such a receipt to strike a deal. Anyone can buy or sale a commodity future on an exchange based on his expectation of future prices realization. Futures have an expiry date, by when the buyer or seller either closes his account or gives/takes delivery of the underlying commodity. The broker keeps an account of all parties dealing in the transaction, in which the routine transactional details, due to changes in the futures price is recorded. Closing off is done by taking an opposite contract so that the net outstanding is nil.

For commodity futures to work, the seller must be able to deposit/handover the commodity at the nearest warehouse and collect the receipt. The buyer should be able to take physical delivery at a location of his choice on presenting the warehouse receipt. At present, very few warehouses provide delivery for specific commodities.

Presently the system of commodity exchange is an online and physical visit to the market is not required for speculation.

Settlement- Involves Settlement of the transactions is done at this stage

India is amongst the top five producers of most of the Commodities. Further, it is also a major consumer of bullion and energy products. Agriculture contributes about 22% GDP of the country’s economy and employs around 57% of the labor force on a total of 163 million hectors of land. Agriculture is a very crucial factor in achieving the GDP growth of 8-10%. This depicts that India can be promoted as a major Centre for the trading of commodity derivatives.

Trends in volume contribution on the three National Exchanges: –

MCX is the largest commodity exchange in terms of volumes. It has become the third-largest in bullion and second-largest in silver futures trading in the world.

Though there are close to 100 commodities traded on MCX, only 3 / 4 commodities provide for more than 80 per cent of total business volume. The majorly traded commodities are Gold, Silver, Energy and Base Metals. The futures’ trends of these commodities are mainly pushed by international futures prices. Major volume contributors amongst Agro based commodities include Gur, Urad, Mentha Oil etc.

National Commodity & Derivative Exchange (NCDEX) is the second-largest commodity exchange platform in India after MCX. The significant volume contributors on NCDEX are Agro based commodities. They have a fundamental challenge of small market size, which is making them susceptible to market manoeuvrings and over speculation. Almost 60 per cent trade on NCDEX is achieved from guar seed, Chana and Urad etc.

National Multi Commodity Exchange (NMCE) is third national level, futures exchange commodity market platform, that has been majorly trading in Agro-based Commodities. Trading on NMCE had a significant proportion of commodities with large market size as jute rubber etc. Over a period of time,  the trend has changed and gradually moved towards commodities with a little market size.

Majorly trade has been focused in a few commodities such as:

India has a promising future with regards to the commodities market. Prices of all commodities are on a higher side due to the rapid increase in demand for commodities national as well as internationally.  Developing countries like China are avidly consuming commodities. International commodity market has become bigger than the stock market. India being one of top producers of large number of commodities coupled with the fact that it has a long history of trading in commodities has a promising market.  The management will assume substantial importance in future with the promotion of free trade and the removal of trade barriers. Bulk of Indian investors are not aware of the potential of the organized commodity market. But overall the entire community of producers, traders, as well as consumers, will be benefited from it. For this step must be taken to regulate and popularize & showcase the Commodity Market.