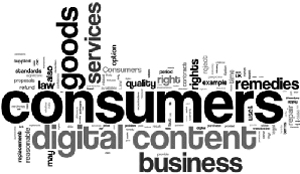 This article is written by Deepanshi of JGLS. The article discusses ten cases of Consumer Disputes.

Purchase or hire of good and services has become an inevitable part of our daily lives. This decision to effectuate such purchase or hire such service is essentially based on trust, failing which can cause, more often than not to the consumers, anything from a monetary loss to physical harm. Consumer Protection Act, 1986 (hereinafter referred to as CPA) aims to provide speedy relief to such breach of trust or negligence. A hierarchy of three tribunals has been set up for this purpose—

Over the years, these tribunals, along with the apex court, have developed a better understanding of the CPA, meanwhile making sure to strike a perfect balance between the demands of both sides.

Following are ten important cases that hold relevance in case of consumer disputes:

Corporate Bodies can be sued under CPA

The Supreme court, in this case, held that a corporate body is included in the meaning of ‘person’ in section 2(1)(m) of the CPA. It reiterated the position of Lord Watson in Dilworth v. Commissioner of Stamps that the word “includes” is generally used to enlarge the meaning of the word but can alternatively be used to say “mean and include”, in which case what follows is an exhaustive explanation. The interpretation depends on the text, context, and objective of the Act. It was held that the section never intended to exclude juristic persons from its purview and the definition is inclusive in nature.

It also reiterated its own position in Southern Petrochemical Industries that the word “supply” is not the same as “sale” and in the context of electricity, it would be a provision of service as under section 2 (1)(d)(ii) of the Act.

Professional services fall within the scope of the Act

In deciding this case of deficiency of medical service, the court held that the services rendered by a medical professional fall within the ambit of ‘services’ under the section 2(1)(o) of the Act. It rejected the contention that a medical practitioner, being a professional and falling under the scope of Indian Medical Council Act, stands excluded from the CPA.

Moreover, it held that provision of a token fee (for the hospital administrative purposes) would not include an otherwise free service within the ambit of the definition of services. Also, the cost of the services paid by the employer or the insurance company would be deemed similar to paying for the service by the consumer itself.

In this case, the complainant alleged that his son died due to the administration of a wrong treatment by the doctor. The State Commission upholding negligence provided a compensation of five lakh rupees.

In appeal, the National Commission observed that the two prescriptions that were available on record neither contained any description of the symptoms that the patient was experiencing nor did it have any preliminary vital information that a doctor is mandated to check, as per the guidelines and regulation of the Medical Council of India or the concerned State Medical Council, like body temperature, blood pressure, pulse rate, prior medical history et cetera. If further tests were required for the diagnosis, such was also mandated to be mentioned. The commission, following the case of Samira Kohli v Dr Prabha Manchanda [I (2008) CPJ 56 (SC)], held that failure to put such essentials in the prescription amounted to medical negligence. The Commission also noted that availability of such essentials, clinical observations and consent of the patient, point towards the care and diligence of the doctor and act as evidence against frivolous cases of medical negligence.

However, due to lack of available evidence that attributed the death of the patient directly to the negligence, the National Commission reduced the compensation to two and a half lakhs along with the interest thereon.

In this case, the respondent, a homoeopathic doctor, prescribed allopathic medicines for the treatment of a patient who did not respond to the medicine and subsequently died. The Supreme Court held that the right to practice the allopathic system of medicine was restricted by the Central and State Acts which prohibit such practice unless the person possesses requisite qualification and is registered according to the Acts. Based on the fact that the respondent was qualified and registered to practice Homeopathy only, he was found to be in violation of the statutory duty not to practice Allopathy given under the section 15(3) of the Indian Medical Council Act, 1956. Respondent’s act was held to be actionable negligence and he was ordered to pay a compensation of three lakhs.

To seek admission in a medical coaching center, the petitioner, in this case, was made to deposit a lump sum fee for two years within the first six months. When the petitioner left the course midway on account of deficiency in the services, the coaching center refused to refund the remaining amount. The State Tribunal, following the view of the apex court and the National Commission, held that no educational institution shall collect lump sum fee for the duration of the entire course and if one does, such extra fee should be returned in case the student drops out due to deficiency. It noted that any clause in a contract contrary to this is invalid due to lack of equal bargaining power and contravention of the principles of natural justice.

The court was also of the opinion that additional compensation should be granted for the mental agony caused due to approaching the legal forum. However, since such was not asked in the petition, it could not be granted.

Sympathy should not influence compensation

In this case, the complainant claimed for compensation due to alleged medical negligence before, during and after a medical procedure that led to a partial paralysis of the patient. The National Tribunal ruled medical negligence stating various lapses in all three phases mentioned including on the ground that consent of the patient was taken only for the examination of the tumor and not for its removal.

In the appeal, the Supreme Court confirmed the findings of the Commission and stated that the removal of the tumor was deferred through discussion on record and therefore an implied consent cannot be inferred.

The court recognised that a balance has to be struck between the inflated demands of the victim and the unreasonable claim of the opposition party that on compensation needs to be paid. It recognised that sympathy for the victim should not come in the way while deciding compensation but the court should not refuse to provide “adequate compensation”. In light of this and the peculiar facts of the case, it increased the sum of compensation to twenty-five lakhs each for the continuous medical expenses that need to be borne and the loss of employment that the petitioner had suffered. Additionally, compensation for the pain and suffering that the appellant had undergone amounting to ten lakhs, for the expenses of a driver-cum-attendant for thirty years amounting to seven lakhs and twenty thousand, for nursing care amounting of fourteen lakhs and forty thousand and physiotherapy expenses of thirty years amounting to ten lakhs and eighty thousand  along with interest of 6% was also granted.

The petitioner alleged negligence by a medical practitioner, claiming that he left a mass of gauge in her abdomen during a procedure to remove stones from the gallbladder. However, the petition was raised nine years after the procedure when the petitioner underwent a second operation, in another hospital, to remove the mass.

The Supreme Court recognized that in cases of medical negligence no straightforward formulae is present to determine when the cause of action has accrued. The court, following ‘Discovery Rule’ evolved by the courts in the United States, stated that in the case where the effect of the negligence is obvious, the cause of action is deemed to have arisen at the time of negligence. However, in case the effect of negligence is dormant, the cause of action arises when the patient figures out about the negligence with reasonable diligence. The court noted that the petitioner had been experiencing pain and discomfort since the time of the operation for which she continued to take painkillers for nine years without consulting the doctor. In the light of this and the fact that she herself was an experienced nurse who can reasonably be expected to possess more knowledge than a layman, the court set aside the Commission’s order and dismissed the complaint.

This appeal was filed before the Supreme Court by a hospital defending the negligence of its nurses and a doctor which resulted in a minor being in a permanent vegetative state subsequent to a brain haemorrhage. The issues revolved around whether the parents of the child, not being the patient themselves, can ask for compensation for mental agony caused to them. The court held that the definition of services in the CPA is wide enough to include both the parents who pay for the services and the child who is the beneficiary of the services. The National Commission was found correct in its approach as it granted compensation to the child for the cost of equipments and recurring expenses that he would have to bear owing to his vegetative state, whereas the compensation provided to the parents was for the agony caused and the lifetime care that the parents would have to provide.

In a complaint against HDFC for debiting money without the permission of the holder, the National Commission noted that payment was done in compliances with the order of a statutory authority and only after giving the complainant due notice of the same. The Commission stated that there is a need to guard against the possibility of frivolous complaints from being filed due to the absence of any court fees. For this reason, holding that the complaint lacked seriousness and was filed without sufficient grounds, the Commission imposed a fine of twenty-five thousand on the complainant under section 26 of the Act.

Compensation to the complainants for frivolous appeals

In the case of an accidental double allotment of a plot by the Delhi Development Authority, the State Commission refused to accept the defence that the plot had not been provided to the complainant only for his failure to pay the cost. It was found from the records that the plot had been allocated to another person. It, therefore, ordered the Delhi Development Authority to either provide another plot of the same description to the appellant under the same conditions or pay the escalated price of the plot.

The National Commission dismissed the revision petition for lack of infirmity in the State Commission’s judgment and ordered the payment of five lakhs for indulging in unfair trade practices and unduly harassing the respondent for more than eighteen years.