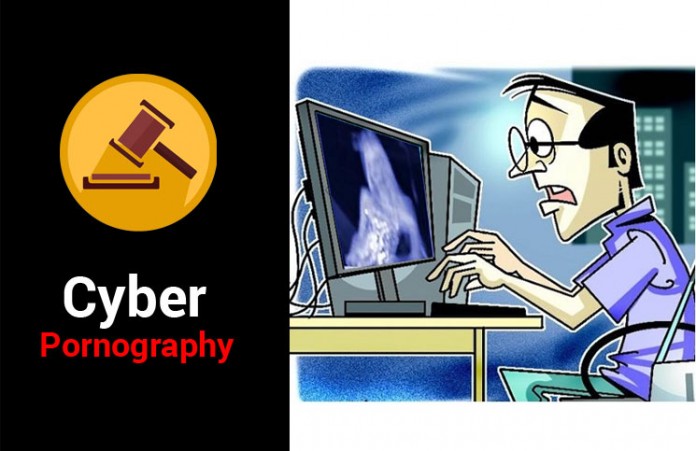 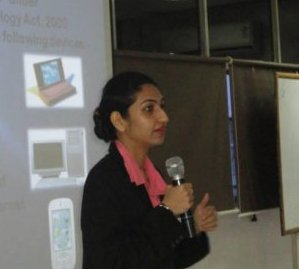 Cyber pornography is banned in many countries and legalized in some. In India, under the Information Technology Act, 2000, this is a grey area of the law, where it is not prohibited but not legalized either.

Under Section 67 of the Information Technology Act, 2000 makes the following acts punishable with imprisonment upto 3 years and fine upto 5 lakhs:

Section 67A of the Information Technology Act makes publication, transmission and causing to be transmitted and published in electronic form any material containing sexually explicit act or conduct , punishable with imprisonment upto 5 years and fine upto 10 lakhs.

An understanding of these provisions makes the following conclusions about the law of cyber pornography in India extremely clear:

In a very recent case, a 21 year old Engineering student was arrested for sending obscene pictures by whats app to a woman.

In the infamous Bazee.com case, the CEO Avinash Bajaj was arrested for an advertisement by a user to sell the DPS sex scandal video. The video was not uploaded on the portal, despite that Avinash was arrested under Section 67 of the Information Technology Act. It was subsequent to this case that the Intermediary guidelines were passed in 2011 whereby an Intermediary’s liability would be absolved if they exercised due diligence to ensure obscene content is not displayed on their portal.

However, there is one case in which viewing Cyber pornography is punishable with imprisonment upto 5 years and fine upto 10 lakhs. Where the content contains children engaging with one another or with adults in sexually explicit acts.

The act of collecting and storing cyber pornography is not an offence, but if the content involves minors, then it is punishable with imprisonment upto 5 years and fine upto 10 lakhs.

World over online child pornography is illegal. One of the biggest publicized catches of child pornography perpetrators was launched in May 2002 and called Operation Ore. After the FBI accessed the credit card details, email addresses, and home addresses of thousands of pornographers accessing a British child pornography site, the particulars were given to the British police for investigation. The arrest of a computer consultant in Texas led to an international investigation that jailed Thomas Reedy for 1,335 years for running the pornography ring. About 1,300 other perpetrators were also arrested, including teachers, child-care workers, social workers, soldiers, surgeons, and 50 police officers. As a result, 40 children, 28 of them in London, were placed under protective care.

Click on the links mentioned below to get more insight on the related topics:

Pornography and Its Legal Recourse in India

Legality of recent ban on Pornography in India

What To Do When You’re Being Sexually Harassed