Mediation is a method of amicable settlement of the dispute that allows parties to express their views and find out solutions to disputes by negotiation. The process of mediation may include an exchange of written communication between the parties during its continuation. These communications may contain false allegations made on the other party that may amount to defamatory statements. This article discusses whether an action of criminal and civil defamation can be taken against such defaming party and whether the defaming party can take the defense of judicial and quasi-judicial privilege.

Legal recognition of mediation in India

Mediation as a process of alternate dispute resolution received legal recognition first in the Industrial Disputes Act, 1947. Later, Section 89 of the Code of Civil Procedure 1908 was enacted to facilitate amicable and speedy settlement of disputes. The Legal Services Authorities Act, 1987 by constituting National Legal Services Authority to encourage settlement of disputes by way of negotiations, mediation, conciliation.

Mediation as an effective tool to settle disputes

Mediation has emerged as a fast-growing redressal mechanism. One of the first steps in resolving a conflict is to identify its cause and then evolving a strategy to address the conflict. Mediation entails parties can freely express their issues opinions and concerns that help them to understand the real dispute and the possible solutions to it. It is a voluntary and informal negotiation process that encourages active and direct participation of the parties to reach a consensus on the solution thus the risk of an unreasonable verdict imposed by a jury is highly reduced. It is a cost-effective and time- saving alternative to litigation. It also ensures confidentiality and does not attract media attention, unlike litigation.

Nature of the Mediation process

Mediation is a voluntary, party-centric and structured negotiation carried on with the assistance of a neutral third party who merely facilitates the communication and negotiations between the parties. It is the party- centered as the parties have total control on the result of the mediation. It is informal in nature, hence it is not governed by the rules of evidence and formal rules of procedure. The voluntary nature of the process ensures the parties have the right to decide whether to settle and the terms of the settlement.

The Court relied on the Black’ Law Dictionary to define mediation as “Mediation is a well-known term and it refers to a method of non-binding dispute resolution with the assistance of a neutral third party who tries to help the disputing parties to arrive at a negotiated settlement.”

Publication is necessary for defamation

A publication is a process which commences from writing and ends with conveying it to a third person other than the defamed party.

Hence, when the written communication containing defamatory statements is sent during the course of mediation by one party to the counsel of the other party or submitted to the Court in case of failure to reach a consensus in mediation, or to any authority under mandatory pre-institution mediation, it amounts to the publication of such statements.

There are certain occasions when the law recognizes that the right of free speech outweighs the plaintiff’s right to reputation. The law treats such occasions to be ‘privileged’. There are two kinds of privileges: ‘Absolute’ and ‘Qualified’.

In absolute privilege, no action lies for defamatory statements even though the statement is false or has been made maliciously. Unlike this, the qualified privilege can be availed only when the statements are made in good faith and without malice.

No absolute privilege for criminal defamation under Indian law

In Ashok Kumar vs Radha KishanVij And Others, the Court held that

A party to a judicial proceeding enjoys only qualified privilege because that is what is statutorily enumerated in the nine exceptions to S. 499. No absolute privilege can be claimed. That is available in the common law. The law of crimes in India is not a mosaic of the statute and common law. It is pure and unalloyed codified law. We have now the high authority of the apex court that under S. 499 the “immunity is a qualified one and is not absolute as it is in English law.”

A person defamed on an occasion of absolute privilege has no legal redress, however outrageous the untrue statement which has been made about him and however malicious the motive of the maker of it. If, on the other hand, the occasion is one of qualified privilege, the privilege may be defeated by proof of malice. If the maker of the statement is actuated by malice he forfeits this protection of the shield of qualified privilege.

Thus, the Indian Penal Code allows only qualified privilege and not an absolute privilege. Hence if any matter is communicated by one party to the mediation to another with the sole intent of harming the reputation, he can be held liable for defamation by proving malice on his part.

The essential ingredients of defamation are:

The absolute privilege applies only to judicial and quasi-judicial proceedings-

To claim that a particular statement is defamatory there should be a publication to a third party and such publication should be of such a nature as is likely to cause appreciable injury to a person’s reputation. Absolute privilege is a special defense available in the action for defamation which may be grouped under the heads of Parliamentary proceedings, judicial proceedings, and acts of States. The essence of the rule of Absolute Privilege, therefore, is that the complaint must be addressed to a body which has judicial functions, or, quasi-judicial functions, and, the complaint must be a step-in setting in motion judicial or quasi-judicial proceedings.

The absolute privilege extends to all Courts, superior or inferior, civil or revenue or military and to other tribunals recognized by law and acting judicially. It does not, however, apply to tribunals which merely discharge administrative functions, or to officials possessing merely administrative as opposed to genuine judicial functions.

Nature of mediation is not judicial or quasi-judicial proceedings

Indian National Congress (I) vs Institute Of Social Welfare & Ors, the Court held that

“What distinguishes an administrative act from the quasi-judicial act is, in the case of quasi-judicial functions under the relevant law the statutory authority is required to act judicially. In other words, where the law requires that authority before arriving at decision must make an inquiry, such a requirement of law makes the authority a quasi-judicial authority.”

However, the role of the mediator in the mediation is merely to guide the parties to arrive at a settlement. The mediator is not expected to express his personal perceptions nor does he have to give any verdict after hearing issues of both the parties. He merely facilitates communication between the parties, manages the outbursts and motivates them to settle the issue at hand. He does not conduct a legal enquiry or adjudicate on the claims of the parties. Hence, mediation is not a judicial or quasi-judicial proceeding.

Thus, on the basis of the laws and principles discussed above, it can be inferred that an action for civil and criminal defamation can be taken in the course of the mediation. Once it is proved that the defamatory statements are published to a third party, the question arises whether the communication is covered under any privilege. In the case of criminal defamation, exceptions under Sec 499 of IPC are only qualified and not absolute. Qualified privilege can be negated by proving malice. In the case of civil defamation, absolute privilege covers only the matters said or written in a judicial or quasi-judicial proceeding and mediation is neither of the two. 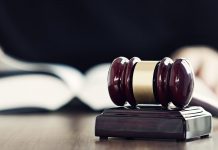 Cheers to the Best Time of my Life! 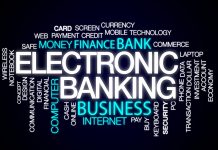