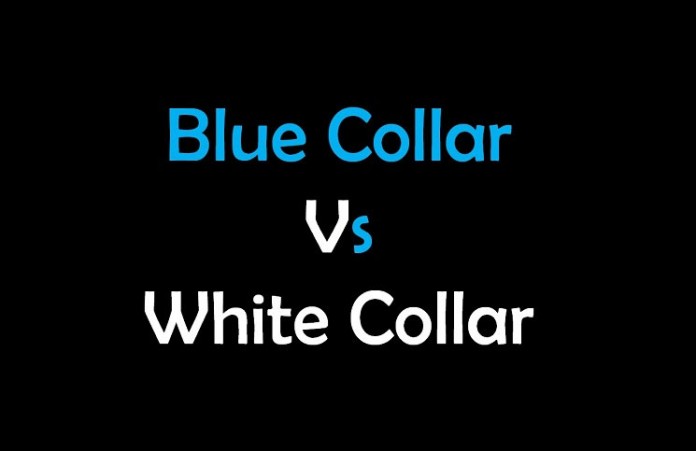 In this blog post, Ahalya Chalasani, a student pursuing a Diploma in Entrepreneurship Administration and Business Laws from NUJS, Kolkata, differentiates between white collar and blue collar employment with examples.

All the jobs people do today fall into some category. One way of categorising jobs is the colour of the worker’s collar or clothes. Sometimes, the classification is based on gender too. The terms white collar and blue collar were first used in the early 20th century.

The term white collar worker was first devised by Upton Sinclair, an American writer in the 1930’s. It was used in contrast to laborious jobs. White Collar employment typically is used to describe employees dealing with non-manual work and behind the desk jobs. Some white collar jobs include managers, office workers, sales personnel, proprietors, etc. However, in some countries like the United States, United Kingdom, etc. white collar is used to refer to individuals who work highly professional jobs or are very successful in their career. White collar employment often requires professional qualifications and training.

The term was first used in 1924[1]. Blue collar is used to refer to the working class. At the time when the term ‘blue collar’ was coined the working labourers didn’t have to wear any particular uniform or coloured clothes to work. While office workers wore white collared shirts without the fear of soiling them and could afford to clean them regularly. Manual labourers preferred darker colours. Blue collar employment may or may not require skill and includes factory work, construction work, mechanical work, maintenance work, etc.

Pink collar and green collar are other colours used these days. Pink collar refers to typically female jobs and thus the colour pink. The writer and social critic Louise Kappe Howe popularised pink collar workers in the late 1970’s. It was used to refer to women consigned to work as nurses, secretaries and elementary school teachers. Pink collar employment is generally safe and clean. It does not require professional training. The modern day environmental advocacy gave rise to green collar workers referring to those who work in conservation and sustainability.

The amount of skill required in blue collar work may range from low to high. The kind of jobs in blue collar employment varies from simple assembly-line manufacturing to the use of computerised equipment by automobile mechanics. Low skilled blue collar jobs do not require a lot of investment in training or human capital formation. Human capital means[2] set of skills which an employee acquires on the job, through 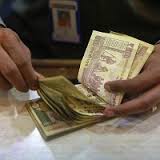 training and experience, and which increase that employee’s value in the marketplace. It refers to an employee’s productive capacity and his skill in performing tasks. Job training sessions help improve the human capital of an organisation.

Blue collar workers are often paid on an hourly basis. They are eligible for overtime pay if they work beyond the working hours. While white collar employees are paid salaries based on their skills and expertise. For example, a Director of a company is paid more than a manager. Similarly, a professor with a PhD is paid more than the one with just a basic degree.

Pay inequality amongst male and female workers is prevalent in blue collar jobs while that is not the case with white collar employment. However, women in white collar jobs often opine that they are less likely to receive promotions than their male counterparts.[4]

Blue collar work often does not involve a lot of autonomy like white collared jobs.

With increasing technological innovation and overall dependence of man on machinery, human capital is being replaced by machines wherever possible. For example, before industrialisation labourers used to assemble each unit but now machines are used to perform the task of assembling. Similarly, a lot of tasks in agriculture sector used to be performed by manual labour but are now replaced by machines. Therefore, industrialisation and technology might have a severe impact on blue collared jobs. 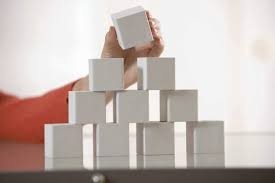 Blue collar jobs mostly have workers unions and associations. These unions help in acquiring higher wages. The unions also help to ensure overall welfare of the workers. They serve as a liaison between the management and workers of an association. They negotiate on wages, working hours and also provide financial assistance and loans to the members of the union. High wages are sometimes achieved by resorting to strikes, etc.

Often blue collared jobs might be unsafe. For example, the risk associated with construction work, firefighting, etc. is relatively higher than desk jobs.

Since much of the white-collar work is performed sitting at a desk in an office environment, they are at a higher risk of obesity and cardiac related diseases.

Blue collar workers generally face a lower standard of living. The workers who find a new job earn 15 to 40 percent lower wages than they had previously. One reason for this has been the prevalence of seniority-based raises in the manufacturing sector. Workers who displayed loyalty to the firm were rewarded with higher earnings and more vacation time during their long tenure. A worker who begins at a new plant, therefore, starts over with a lower wage. In addition, layoffs can cause persistent unemployment if workers have obsolete skills. This happens with many blue collar jobs as the mix of production gradually moved from manufacturing to service.

Primary labour market jobs are characterised by good earnings, job security, a reasonable probability of promotion, good benefits, and agreeable working conditions such as autonomy and a pleasant working environment. Many white-collar jobs match this description, and those jobs are plentiful and growing. 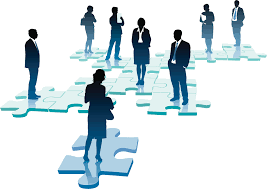 Blue-collar jobs that are within the primary market appear in construction, mining, durable goods manufacturing, and transportation. In contrast, secondary labour market jobs have low earnings, few or no fringe benefits, high turnover, little job security, and few or no promotions. Many blue-collar and service jobs fit this description, and continuing increases in the service sector could create a larger secondary labour market. In this market, there are no clear returns to education, and in some cases, there are negative returns to experience.