In this blog post,  Ananda Boga, Founder, Youthrise, and Student of Diploma in Entrepreneurship Administration and Business Laws by NUJS, writes about the legality of Annual Reports and Prospectus as well as their usage as evidence.

What is a Prospectus?

Companies that are incorporated in India are expected to legally follow the basic guidelines of the Company Act, 2013. Once a company succeeds and chooses to go public, its promoters and founders look to raise funds to support the firm’s growth. This is done through an advertisement with a document that includes detailed information about the company and must include an invitation to the public to financially subscribe to or purchase the share capital or debentures of the company. This document is called a ‘prospectus’. Though it is not regarded as a contractual offer, it must include a clear invitation to the public to qualify as a prospectus. Along with this, it should be made on behalf of the company intending to offer shares and/ or debentures. It must be filed officially with the Registrar of Companies prior to being issued publically when the firm wishes to offer shares and debentures to the public. 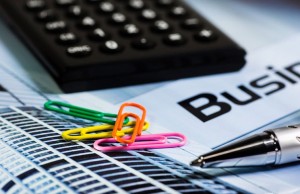 The prospectus is the document that forms the basis of the contract and agreement between a company and the people looking to invest in its shares or debentures. It provides the potential purchaser with a clear idea of the firm’s current affairs and its future prospects. It is, therefore, the responsibility of the people who issue the prospectus to ensure that all vital information relevant to the purchaser’s interests is included. Moreover, it must correctly project the company’s image honestly and in good faith, so as to not mislead a potential purchaser’s decision. This honesty requirement is commonly referred to as the ‘golden rule of making a prospectus’. The prospectus must also be authorised and signed off by every person named in it as a director or proposed director of the particular company. The prospectus must also be drafted strictly in accordance with the particulars listed in part 1 of Schedule III of the Companies Act, 2013.

A ‘red herring prospectus’ may be issued before the issue of a prospectus. This is a prospectus that does not contain all the particular details of the magnitude or price of the securities listed therein. A ‘Shelf prospectus’ on the other hand is one that includes particulars of securities and class of securities held therein that are issued for subscription in one or multiple issues over a certain stipulated time period, without the need to issue any further prospectus. The Companies Act, 2013 also defines “abridged prospectus” as a memorandum containing such salient features of a prospectus as may be specified by the Securities and Exchange Board by making regulations in this behalf.

Importance of a Prospectus

As mentioned earlier, the prospectus holds the key to lending investor confidence when the possibility of purchase and issuance of shares and debentures comes up. The details it must include are critical in doing so as they include the names and addresses of the company’s registered office, details about the company secretary, chief financial officer, auditors, legal advisers, bankers, trustees and any underwriters it may have. Beyond this, a prospectus also includes a statement by the Board of Directors regarding the finances of the company, the procedure and time schedule for the allotment and issue of securities, the capital structure of the firm, the main objects of the public offering and details about the management of projects and relevant deadlines, amongst other details. Legally, it must also include any litigation or legal action pending or taken by a Government Department against any promoter of the company in the past five years preceding the issuance of the prospectus.

When a firm raises funds through the public using 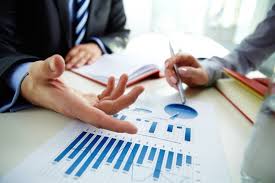 a prospectus, it may not change its objects to which the said funds were raised through prospectus unless a special resolution is passed, the details of the changes are published on the company website and in the newspapers – both in English and in one vernacular language in the same location of the firm’s registration and dissenting shareholders may be allowed to exit. It has also been declared that all powers in relation to matters of prospectus, return of allotment and redemption of preference shares will be under the jurisdiction of the Central Government, the Tribunal or the Registrar, depending on the circumstance.

Legality of a Prospectus

In terms of the legality of a prospectus, it may definitely be treated like a piece of evidence. Any document by which the offer to sell to the public is made when a company allots or agrees to allot its securities to the public is regarded as a prospectus issued by the firm. All enactments thereof and rules of law as to the contents of the prospectus and subsequent liabilities with respect to omissions and incorrect statements will apply. Unless the contrary is provided, it will be viewed as evidence that an allotment of or an agreement to allot securities was made with a plan to offer them to the public to buy if it shows that an offer of the securities or of any of them for sale to the public was made within a period of six months after the allotment or agreement to allot or that at the date when the offer was first issued, the entire consideration to be received by the firm in respect of the securities had not been received by it. 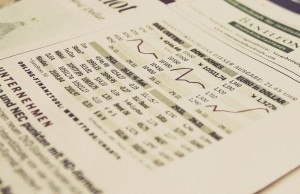 Section 26 as applied by this section shall have effect as if — (i) it required a prospectus to state in addition to the matters required by that section to be stated in a prospectus— (a) the net amount of the consideration received or to be received by the company in respect of the securities to which the offer relates; and (b) the time and place at which the contract where under the said securities have been or are to be allotted may be inspected; (ii) the persons making the offer were persons named in a prospectus as directors of a company.

Moreso, every prospectus includes what is called a ‘Declaration of Compliance’. This is a document relating to compliance with provisions of this Act and a statement that claims that the prospectus follows these provisions in the Act, the Securities Contracts (Regulation) Act, 1956 and the Securities and Exchange Board of India Act, 1992 and contains nothing contrary to them or the rules and regulations thereof.

What are Annual Reports?

Annual reports too are treated as pieces of evidence. The registers, their indices and copies of the annual returns are maintained under sections 88 and 94 and shall be prima facie evidence of any matter that is authorised or directed to be inserted therein by or under this Act. The promoter of a firm means a person who has been named as such in a prospectus or is identified by the company in the annual return. 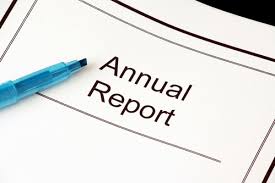 The annual return must be certified by a company secretary who is currently in practice in order acknowledge their approval of the mentioned paid-up capitals and turnovers prescribed in the document. The certificate should state that the annual return discloses facts accurately and adequately along with it being in compliance with every provision in the Company Act, 2013. If for any reason a company secretary certifies an annual return with discrepancies to the compliance requirements or the rules made thereunder, he or she shall be liable to punishment with a fine of minimum fifty thousand rupees and up to five lakh rupees. 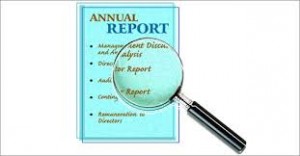 A company must always remember that directors, managers and officers of the company are solely responsible for ensuring that the firm stays in accordance with compliance requirements of various laws. An annual return has been used as evidence in the past as these along with statements of the chairman of DLF in its AGM were key pieces of evidence for the Competition Commission of India, who decided that DLF held a dominant position in the real estate market.

In conclusion, to explain the significance of a prospectus and annual report in terms of evidence here is an example:

An MD of a public company wants to raise finances, so he or she has issued a prospectus. The prospectus invites the general public to subscribe for shares. Mr A is subscribing to these shares on the basis of the annual report he has read. It gives him a tremendous amount of confidence seeing figures grow exponentially. In the Annual Report, the firm has shown a profit of 500 crores, which the investor does not know is a bogus amount. However, based on this Mr A (investor) has bought shares. A month later SEBI starts investigating and discovers this was always a bogus amount reflected in the annual report. In this case, as an investor, Mr A could sue the company based on this.