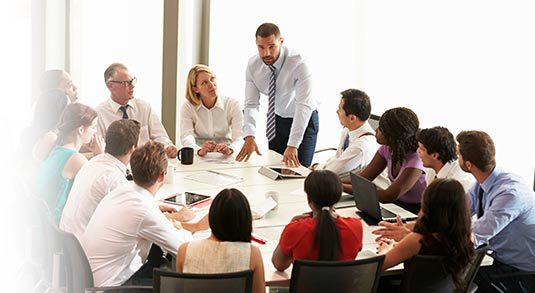 The article is written by Lakshay Kewalramani. The article discusses Setting up of In-house E-adjudication mechanism for settling compoundable offences under the Companies Act.

One more step in the track of promotion of ease of doing business. To make recommendations to encourage better corporate compliance and to reduce the load on the Special Courts/Tribunals. The present article discusses in detail about one of the suggestions by the Committee i.e. system based adjudication process. The terms of reference of the Committee included, to recommend, if any of the acts which are considered to be compoundable offences under the Companies Act, 2013 could be re-categorized to attract civil liability, to recommend whether any of the non-compoundable offences can be re-categorized as compoundable offence, to look into the necessity of providing any improvement in the mechanism for levy of penalty, to lay down guidelines for an in-house adjudicatory mechanism with penalty being levied in a MCA21[1]system driven way with minimum discretion, to take necessary steps in the formulation of draft changes in the law and such other related matters.

Shri Injeti Srinivas Committee, which was formed for the analysis of the penal provisions under the Companies Act, 2013, and recommend measures for fostering corporate governance. The Companies (Amendment) Ordinance, 2018 promulgated by the President with effect from 2.11. 2018 is based on the recommendations of Shri Injeti Srinivas Committee. One of the key suggestions of the Committee is to transfer certain compoundable offences from the Tribunals and special courts to an adjudicatory officer and a system based mechanism for imposing penalties. The author will talk about the E-Adjudication and its possible benefits.This Committee, which was set up under the chainman of Shri Injeti Srinivas, Secretary, Ministry of Corporate Affairs (MCA) in July 2018, The Committee started a detailed study of the penal provisions of the Companies Act, 2013 and proposed its report on 21st August 2018. The committee comprised of reputed persons like Shri T.K.Viswanathan former Secretary General Lok Sabha and Chairman, BLRC Shri Uday Kotak the MD of Kotak Mahindra Bank, Shri Shardul Shroff Executive Chairman Shardul Amarchand Mangaldas and Co, Shri Ajay Bahl Founder Managing Partner, AZB & Partners.

Compounding is a settlement method where defaulter approves to pay the penalty for having committed the default. It is a chance to avoid prosecution in the Trial Court. Any Compoundable offence (whether by Company or by its of officer), punishable under this Act, May be compounded either before or after the institution of any prosecution  can be compounded by National Company Law Tribunal (NCLT). Where the fine involved is less than Rs Five Lacs, it can be compounded by the Regional Director (RD) or officer authorized by the Central Government (CG). (This limit has now been enhanced to Rupees Twenty Five Lacs by the Ordinance).

Offenses may be compounded on payment to CG of an amount specified by NCLT or RD. The sum specified will not exceed the maximum amount of fine which may be imposed for the offense so compounded. No offense can be compounded if any investigation which has been initiated or pending against the Company.

In case the offense is compounded after the institution of the prosecution proceedings, the Registrar has to bring in writing the fact of such compounding to the notice of the Court, before which prosecution is pending. Thereafter the said Company or the officer in default shall stand discharged. Where the offense is on account of non-ling of certain document or return, NCLT, RD or the officer authorized by CG may in its order require the ling of such document/return with late fees, within a specified time.

Any Company or officer in default who fails to comply with the order above will be punishable with imprisonment which may extend to six months or up to Rs. one lac or both.

Any second or subsequent offense committed after the expiry of three years from the date on which offense was compounded will be deemed to be the first offence. Any offense which is punishable under this Act with imprisonment only or with imprisonment and also with fine shall not be compoundable.

ADJUDICATION OF PENALTIES (PRESENTLY UNDER THE COMPANIES ACT, 2013)

Section 454 of the Companies Act, 2013 (read with Rules there under) provides for Adjudication of Penalties upon detection of default by ROC. At present, it requires the defaulting company representative or its officer to be present before the adjudicating officer during the adjudicating proceedings.

Upon receipt of notice from the adjudicating officer, the Company representative or the officer in default is required to show cause within the specified period, as to why an inquiry should not be held against him or the Company.

If, after considering the cause, shown by such company or officer, the adjudicating officer is of the belief that a probe should be held;

he/she shall issue a notice fixing a date for the appearance.

On the date fixed for the hearing, after giving a reasonable opportunity of being heard to the person(s) concerned, the adjudicating officer may, subject to reasons to be recorded in writing, pass any order as he thinks.

He has the power to summon and enforce the attendance of any person acquainted with the facts of the case and to order for evidence or to produce any document, that may be useful for or relevant to the subject matter of the inquiry.

If any person fails, neglects or refuses to appear as required above, before the adjudicating officer, he may proceed with the inquiry in the absence of such person after recording the reasons for doing so.

Any person aggrieved by an order made by the adjudicating officer may prefer an appeal to the Regional Director having jurisdiction in the matter.

KEY RECOMMENDATIONS BY THE COMMITTEE

It is important to understand the important suggestions with respect to the system based adjudication mechanism made by the Committee.

There will be minimum physical interface between the adjudicating officer and the defaulter. The MCA21 system must be able to throw up cases of non-compliances. An auto-populated list of certain percentage of such cases can be generated in a random manner.

Notices will be issued via the electronic platform to the defaulting parties in the list. No other name can be picked unless any order for investigation has been passed.

3. In case no reply is received to the e-notice, within the stipulated time, a physical notice will be sent after uploading it on the online platform.

The Physical notice must also insist that the reply to the notice be given via online platform. In a particular case where the adjudicating officer requires the presence of the defaulting person for compounding the matter, he must record the reasons for the same. Physical presence must therefore be an exception.

In case the representative of the defaulting party wants to make an oral representation, he should be allowed to do so only after ling their written reply electronically.

Ensuring compliance of default should be the main objective. The adjudicating officer must mention in the order that at the time of paying the penalty the default has to be made good to the extent possible. Up-gradation of the online platform will be required.

The Corporates should be able to access the online notices/queries raised by the authority and to upload their reply. To avoid repeat default, Section 451 of CA 2013 provides for payment of twice the one in case same default is repeated for second and subsequent occasions within a period of three years.

However, at present, there is no such provision with respect to a penalty under Section 454. Hence the Committee has recommended such a provision as Section 454A which has been made effective under the promulgation. The implementation of the above mechanism will require the amendment to the rules and up gradation of the online platform.

As a part of the Government initiative towards e-Governance, the concept of E-proceedings has already been implemented under the Income Tax Act with effect from Oct 2017.

The Income-tax Department which was sending notices through emails is now gradually migrating its ‘e-mail based communication’, to the ‘e-Proceeding’ facility on Income Tax Business Application (ITBA) platform of the Department. An option is now available to the concerned assessee (having an ‘e-Filing’ account) to furnish their consent to the Income-tax Department for conducting assessment proceedings through the ‘proceeding’ facility of ITBA.

Once this option is exercised by the assessee within the stipulated time frame all further proceedings, in that case, would be system based. ITBA module: It is a simple way of communication between the Department and assessed, through electronic means, without the necessity to visit the Income-tax Office for the conduct of assessment proceedings.

This taxpayer-friendly measure has substantially reduced the compliance burden for the assessee. In assessment proceeding, ‘e-Proceeding’ enables seamless flow of Letters/ Notices, Questionnaires, Orders etc. from Assessing officer to the account of the concerned assessee on ‘e-Filing’ website.

This, besides saving precious time of the Assessee, also provides a 24X7 anytime/anywhere convenience to submit the response to the Departmental queries in course of assessment proceedings.

Assessee can retain complete information of all e-submissions made during the course of assessment proceedings through ‘E-Proceeding’ facility for reference & record purpose in his e-Filing portal account.

The assessee will also have the means to elect out of E-Proceeding and such choice has to be communicated to the Department through the e-Filing website.

Upon closure or completion of any proceeding under this procedure, the final Order, letter or document will be delivered to the Assessee under “E-Proceeding” Tab in the E- ling website of the Department and if required, the same may also be delivered by Post.

It remains to be seen how the entire process will take effect under the Companies Act, 2013.

PROS AND CONS FOR THE STAKEHOLDERS

PROS -Some of the benefits of the e-proceedings are:

The Government has been taking various initiatives to digitize the data being submitted by the Corporates and its directors. Right from the introduction of the MCA21 system in 2005-2006 the requirement to submit data in XBRL[2]format, Director KYC in 2018 to future plans to introduce e-adjudication.

We as stakeholders are no doubt facing a few glitches in this entire procedure. Nevertheless, it is clear that India is advancing fast on the path of digitalization.

[2]Ministry of Corporate Affairs presented the model of XBRL filing of financial statements to the ROC by directing certain class of companies for filing balance sheets and profit and loss account for the year 2010-11 onwards by using XBRL taxonomy. On 05th October 2011, Companies (Filing of documents and forms in Extensible Business Reporting Language) Rules 2011 were notified.

Lakshay can be contacted at [email protected]