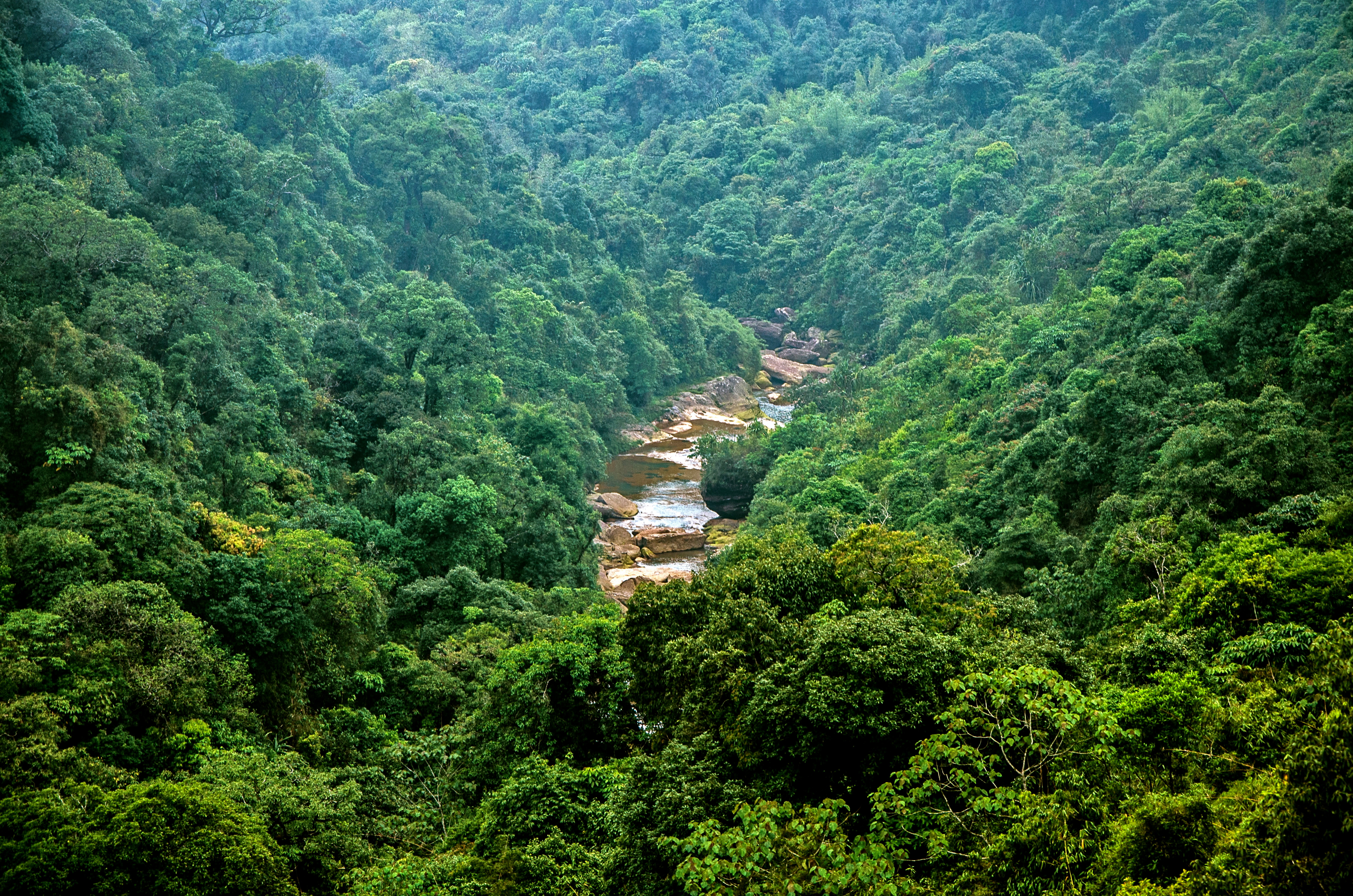 This article is written by Deeksha Malik, a student of National Law Institute University, Bhopal

Way back in the year 1986, when India was reeling under the aftermath of the Oleum gas leak and the Bhopal gas tragedy, the Supreme Court in the landmark case of M C Mehta v. Union of India[1] opined that since environmental cases involve assessment of scientific data it would be desirable to have the setting up of environmental courts on a regional basis with a professional judge and two experts keeping in view the expertise required for such adjudication. Again in A.P. Pollution Control Board vs. M.V. Nayudu[2], the Supreme Court, after a detailed analysis of the position in other countries, emphasised the need for establishing environmental courts, which would benefit from the advice of environmental experts as a part of the judicial process. These observations were taken care of by the Law Commission of India in its 186th Report on ‘Proposal to constitute Environment Courts’, wherein the Commission expressly recommended the constitution of environmental courts by the Union Government in each state, which would be “manned only by the persons having judicial or legal experience and assisted by persons having scientific qualification and experience in the field of environment.”[3] These events culminated in the enactment of the National Green Tribunal Act, 2010 (hereinafter “the Act”). The preamble to the Act aptly reflects the object of the Act, which is to “provide for the establishment of a National Green Tribunal for the effective and expeditious disposal of cases relating to environmental protection and conservation of forests and other natural resources including enforcement of any legal right relating to environment and giving relief and compensation for damages to persons and property and for matters connected therewith or incidental thereto.” This is to give effect to the International obligations undertaken by India at International Conferences to which it has been a Party and to implement the Supreme Court’s pronouncement that the right to healthy environment is a part of the right to life as guaranteed under Article 21 of the Indian Constitution.

SALIENT FEATURES OF THE ACT

Following the enactment, the principal bench of the National Green Tribunal (NGT) has been established in New Delhi, with regional benches in Pune (Western Zone Bench), Bhopal (Central Zone Bench), Chennai (Southern Bench) and Kolkata (Eastern Bench). Each bench has a specified geographical jurisdiction covering several States in a region.[4] Section 4 of the Act provides that the NGT shall consist of a full-time Chairperson who shall be accompanied by not less than ten, but subject to a maximum of twenty, full-time judicial and expert members. Section 5 elaborately lays down the qualifications of such judicial and expert members. As regards their appointment, Section 6 provides that the Chairperson shall be appointed by the Central Government in consultation with the Chief Justice of India, while the other members shall be appointed on the basis of the recommendations of a Selection Committee in such manner as may be prescribed.

The National Green Tribunal has been vested with wide jurisdiction, and it can hear matters in the form of original, appellate, review and miscellaneous petitions. Section 14 confers on the Tribunal jurisdiction in respect of all civil cases where a substantial question relating to environment is involved and such question arises out of the implementation of the enactments specified in Schedule I to the Act.[5] Civil cases within its ambit include all legal proceedings except criminal cases, which are governed by the provisions of the Criminal Procedure Code, 1973.[6] The term “substantial” has been explained under Section 2(m) to include an instance where there is a direct violation of a specific environmental obligation by a person whereby the community at large is affected or likely to be affected by environmental consequences, or the gravity of damage to the environment or property is substantial, or the damage to public health is broadly measurable. It is significant to note here that, in spite of such statutory definition, the term remains subjective. As such, no tangible method has been provided under the Act by which to measure the gravity of damage to environment and public health. Furthermore, it is ironical that the Act denies to an individual the right to question an environmental consequence that affects him or her unless it also affects the community at large or public health, when its preamble clearly states that the Act is intended to give meaning to the right to healthy environment, which is an essential ingredient of the right to life of an individual under Article 21.[7] The Tribunal is vested with appellate jurisdiction under Section 16 against orders or decisions under the enactments specified in Schedule I. Such appeal has to be filed before the Tribunal within 30 days from the date on which the order, decision or determination was communicated to an aggrieved party.

Recognising the degree of complexity involved in environmental matters, the Act provides that the Tribunal shall not be bound to follow the procedure laid down in the Civil Procedure Code, 1908, but shall be guided by the principles of natural justice.[8] The Tribunal is also free to devise its own procedures and is, therefore, not bound to comply with the rules of evidence as contemplated under the Indian Evidence Act, 1872.[9] The Tribunal, however, has the power of a civil court in respect of summoning, enforcing attendance, receiving evidence on affidavits, examining on oath, and granting ex parte and interim orders and injunctions.[10]

The Act empowers the Tribunal to provide, by way of an order, relief and compensation to the victims of pollution and other environmental damage arising under the enactments specified in the Schedule-I to the Act, including accident occurring while handling any hazardous substance. It may also provide for the restitution of the property damaged and the restitution of the environment for such areas as the Tribunal may think fit.[11] An application for grant of any compensation, relief or restitution of property or environment has to be made within five years from the date on which the cause for such compensation or appeal first arose. It is argued, however, that such limited time-frame defeats the very purpose for which the Act has been enacted. Any legislation designed for dealing with environmental matters should take note of the fact that the impact of most of the environmental hazards is slow and continuous and, therefore, a time period as short as the one stipulated in the Act is insufficient to ascertain such impact.

The most salient feature of the Act is that the Green Tribunal is called upon to follow the internationally recognised and nationally applied principles of sustainable development, the precautionary principle and the polluter-pays principle when passing any order, decision or award.[13] The precautionary principle, as elucidated by the Supreme Court, enjoins upon the State to anticipate, prevent and attack the causes of environmental degradation; lack of scientific certainty should not be used as an excuse for postponing measures to prevent environmental degradation in case of threats of serious and irreversible damage. In all such cases, the onus of proof is upon the polluter to show that his action is environmentally benign.[14] Applying this principle, the Tribunal directed a project proponent to carry out cumulative impact assessment studies with respect to a proposed coal-based power plant, and stayed its environmental clearance when it failed to do so.[15] On the other hand, the polluter-pays principle requires the polluter to bear the costs of prevention, control and reduction of pollution, and accordingly, the Tribunal held the tannery industries located on the banks of the river Ganga liable to contribute for the establishment of a Common Effluent Treatment Plant (CTEP) and its maintenance.[16]

Over the years, the National Green Tribunal has emerged as a powerful forum to address the critical environmental issues that were once subjected to a long-drawn litigation in courts. The Tribunal has proved its worth each time by upholding the principle of conservation. Take the Goa Foundation case[17], where two NGOs sought directions requiring the state government to take steps for the conservation and protection of the Western Ghats as directed by the Western Ghats Ecology Expert Panel (WGEEP). Buying their contention, the Tribunal directed the Ministry of Environment and Forests to file its reply on the report within 4 weeks, holding that the executive authorities concerned with protection and conservation of environment and forests are under an obligation to exercise their power to protect these natural assets in a prudent manner. However, the Tribunal has often drawn flak from the executive for staying the environmental clearance for many projects, thereby stalling economic development. It is submitted that economic development must reconcile with social equity and environmental protection in order to ensure compliance with the principle of sustainable development.[18] The Tribunal has tried to strike a proper balance between the two, which could be illustrated by its order of grant of environmental clearance for a coal-based power plant on the ground that the project, when operated within an eco-legal framework may contribute significantly to sustainable development in the area under consideration.[19] Indeed, the enactment of the legislation was a step in the right direction, but the fulfilment of its object requires private industries and state bureaucracy to cooperate with the judicial process. This is a major challenge to environmental jurisprudence.[20]

[18] Report of the World Commission on Environment and Development, Our Common Future (1987) (the