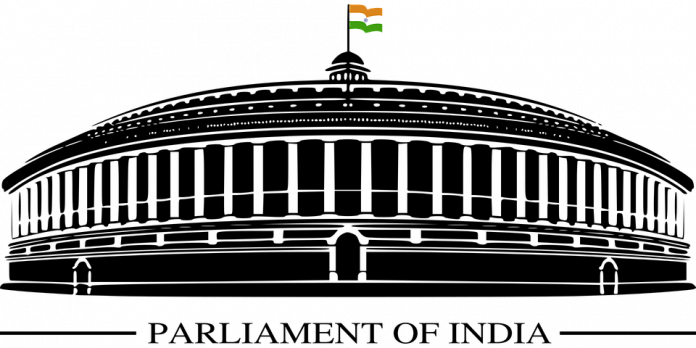 In this article, Mayank Vats discusses How does the Indian Parliament function.

An Outlook of the Indian Parliament

How are the Members of the Parliament Elected

It is the upper house of the Parliament. It has not more than 250 members and they are elected by the people indirectly as they are elected by the Legislative Assemblies of the various states. Every state is allotted a number of members and there should be no member below the age of thirty years. Twelve members of the Rajya Sabha are nominated by the President. These twelve people are generally the ones who have a distinction in the fields of literature, art, science and social service. Rajya Sabha is a permanent body and is not subject to dissolution but one-third of its members retire every two years.

Lok Sabha means that people’s union, which itself signifies that it is a body of representatives of the people. Its members are directly elected, normally once in every five years by the adult population who are eligible to vote. The minimum qualifying age for membership of the house is twenty-five years and the present number of people in the Lok Sabha is 543+2 (who are nominated by the President of India).

How the Government is formed

Powers of the Indian Parliament

Parliament can Advise, Direct and Communicate to the Government

When the parliament is in session, it begins with a question hour. The question hour is a salient procedure via which MPs can extract information about the functioning of the government. This is a very crucial mode through which the Parliament gets to have supervision over the executive. By asking questions the government is warned about its flaws and imperfections and also becomes aware of the way of thinking of the people through their representatives in the Parliament which are the Members of the Parliament. Asking questions of the government is a crucial task for every MP. The Opposition parties also play an important role in the proper functioning of the democracy. They highlight loopholes in various programmes and policies of the government and deploy well-liked support for their own policies.

Legislative Functions of the Parliament

Executive Functions of the Parliament

The Parliament of India performs supervision over the Executive through question-hour, zero hours, half-an-hour discussion, short duration, calling attention motion, censure motion and contrasting discussions. In addition, it also supervises the movements and actions of the Executive with the aid of committees like committee on government assurance, the committee on subordinate legislation, the committee on petitions, etc. The Lok Sabha as well can indicate the need of confidence in the government in some observable ways such as by not passing motion of thanks on the President’s inaugural address, by dismissing and declining the money bill, by passing a censure motion or an adjournment motion, by outvoting the government on an imperative issue or by passing a cut motion.

Financial Functions of the Parliament

The parliament possesses powers over the control of the financial matters. It operates in two stages, namely the “budgetary control” which means that the parliament would have control before the appropriation of grants through the enactment of the budget and “post-budgetary control” which means that the government would exercise control after the appropriation of grants through the three financial committees. The Parliament of India has some exclusive powers to provide sources and ways via which revenue has to be raised for public services. For that, it imposes taxes and also safeguards that the money authorized for expenditure to different departments of the government has been spent on the endorsed aspirations.

Legislative Functions of the Parliament

The Parliament comes up with an act of amending the constitution through three modes which are:

(i) By simple majority

(ii) By special majority; and

(iii) By special majority with the assent of half of all the state legislatures.

The Parliament has the power to amend any provision of the constitution except the ‘basic features’ of the Constitution. This was prevailed by the Apex Court of India in the well-known case of Kesavananda Bharati Case(1973) and stated again strongly in the Minerva Mills case(1980).

Judicial Functions of the Parliament of India

The Parliament is endowed with some competence of the utmost importance to perform certain judicial functions. These powers of performing the judicial functions enable the parliament to have a power of impeaching the President of India for acting against the provisions or not acting in accordance with the Constitution of India. The Parliament also holds the power to detach the Vice-President from his office for not performing his/her duties in accordance with the constitution of India. The Parliament of India can recommend the removal of judges (including Chief Justice of India, Chief Justice of High courts) Chief Election Commissioner, Comptroller and Auditor General to the President. In addition, the Parliament of India also has the power to mete out punishment to its members or outsiders for the breach of its privileges or its contempt.

Electoral Functions of the Parliament of India

The Essential Functions of the Parliament of India

There are many other salient functions of the Parliament of India such as the following:

When we talk about the parliamentary procedures, we must also take into consideration that the parliament is divided into two major bodies, they are Rajya Sabha and Lok Sabha. Apart from these two houses we also have President as the head assisted by the Prime Minister and his council of ministers. Let us discuss the procedures in detail. The functioning of the Rajya Sabha is divided into majorly pre-lunch and post-lunch sessions which again have two parts each. The pre-lunch session includes the Zero Hour and the question hour while the post-lunch session includes the Debates and the Legislative business meetings which includes all kinds of discussions relating to the national and the state needs.

Sessions of the Parliament

Special Powers of the Parliament