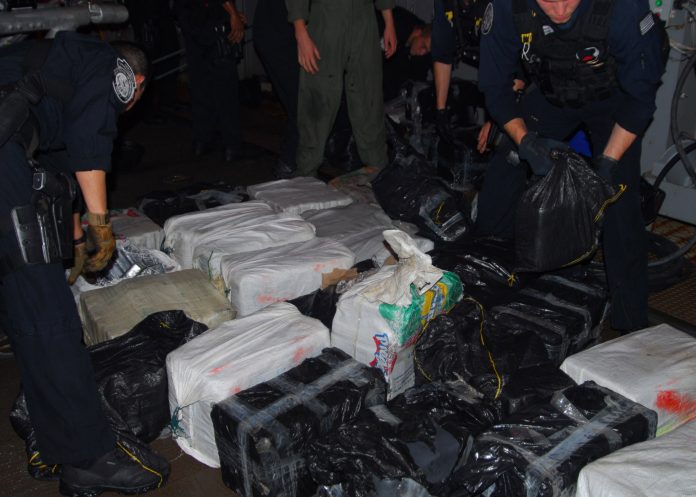 In this article, Shubham Prakash discusses How to report incidents of drug trafficking in your neighbourhood.

The term ‘drug’ is defined in medicine as any substance which helps in the prevention or curing the disease of a people. It generally protects the physical and mental welfare of an individual. In pharmacology, it is defined as any chemical agent who alters the biochemical or physiological process of tissues and organism. Under Single Convention on Narcotics Drugs, 1961 the ‘drug’ includes any substance which is listed in Schedule I and II of the Act.

According to United Nations Office on Drugs and Crime (UNDOC)[1] drug trafficking is an illegal way of carrying a trade which involves the cultivation, manufacture, distribution and sale of substances that are subject to drug prohibition laws. It generally includes carrying the trade of opium, heroin, cocaine, cannabis and other chemical and pharmaceutical drugs. The UNDOC controls, monitors and researches on these illicit drugs, so that the person who is supplying such drugs should be punished which will lead to less use of these drugs. Although drugs are used in medicine like antipyretics, analgesics, antibiotics etc., these are prescribed by doctors in a limited quantity. Drug trafficking racket is a criminal act, which is planned and organized by a single or a group of people to carry out a form of business of drugs, in order to earn illegal money.

The government prohibits the use of production and supply of drugs, except the license which is granted under the law. The substance which is considered as drugs under the adherence of international treaty like Single, Conventions on Narcotic Drugs 1961, the Convention on Psychotropic Substance 1971 and the United Nations Convention against Illicit Traffic in Narcotic Drugs and Psychotropic Substances 1988.

In order to file a report for the drug trafficking racket, the law applied is Narcotics and Psychotropic substance Act, 1985.

The Act gives power to the Central Government to make rules for state governments. There are different rules for the central government and state government. If there is any illicitly using of drugs the report will be filed against the same and will be punished under the act. The Act prohibits:

Detention, search and arrest of a person

Power with respect to illegal crops

Power to call for information

Other agencies under NDPS Act, 1985

The Narcotic Control Bureau (NCB) is responsible for the band of illegal cultivation of drugs through the country. The NCB administrates the illegal trade of drug trafficking by following the provision of NDPS Act, 1985. The Department of Revenue which falls within the domain of Ministry of Finance looks into the matter of Opium Act, 1878 and the Dangerous Drugs Act, 1930.

The enforcement agencies like Border Security Force, Customs and Central Excise, Directorate of Revenue Intelligence, Central Bureau of Narcotics and Central Economic Intelligence Bureau are involved in administrating the NDPS Act, 1985. These state agencies generally include Police, Excise and Drugs Control Department. In order to have an effective implementation of NDPS Act, 1985 the agency coordinate with NCB and deals with the international and regional trade of drug trafficking.

There has been an illegal trade that has been carried out between India and USA, where India is the main supplier of drugs. They frequently trade in an illegal practice of drugs with Turkey. Many countries have followed the ‘80/20 Rule’ which is also known as Pareto Principle which states that “for many events, roughly of 80% of the effects comes from 20% of the causes”. This rule came into existence in the year 1981 which was applied in the case of limited nations who carry the illicit trade of opium in order to get the price for the opium. The idea was to import the 80% of opium form the original source like India and Turkey in the country like USA and rest 20% from the country like Australia, France, and Italy etc. But the same rule was reviewed and it came down to 60/40 ratio. India and Turkey have not shown much interest in the new trade practice rule but Japan has acted as a ‘traditional supplier countries’ in purchasing opium form USA.

The import and export of opium and cannabis have become a vulnerable problem for the country like India and Pakistan. The illegal trade practice that has been carried out between these two neighbouring is known as ‘Golden Crescent’. The same concept of ‘Golden Crescent’ has been depicted in the movie Udta Punjab, where the illegal trade of drugs has been carried out in the border state (Punjab) of India via Pakistan.

It is a duty of an individual to not get scared and file a report for the matter related to drug trafficking because it is affecting the society as a whole. An individual should report the matter under the NDPS Act, 1985 and the rule of law should be followed before punishing a person who has been engaged in drug trafficking. Drug trafficking is such a critical matter that should be dealt by the official government carefully and at the same point in time, they have to follow the law.