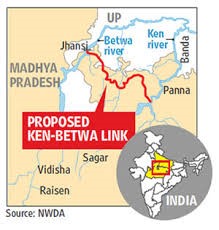 In this Blog Post, Sakshi Bhatnagar, a student of National Law University Odisha, Cuttack writes about the controversial Ken Betwa project. The author tries to strike a balance between the benefits and disadvantages surrounding this project. 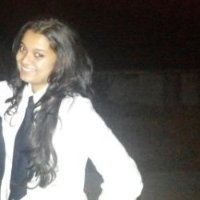 About the Ken Betwa Project

Ken Betwa is the name of the first linking area under the major river linking project which is proposed to link 37 Indian rivers with the help of 30 river links. It was introduced by the Former Prime Minister of India, Atal Bihari Vajpayee and has been set into motion by the present Prime Minister, Narendra Modi. It is one of the most contested issues that has been prevalent since the last decade.

This link project diverges the surplus water of Ken basin to the water deficit area of Betwa basin. The aim of this project is to provide irrigation facilities of the drought prone areas of Madhya Pradesh and Uttar Pradesh. To make the project feasible, detailed investigations and surveys are made on the project. The schedule for the construction of the linking project has been estimated for nine years including the pre-constructing year. The annual benefits accrues from the project are estimated to be around ₹10,000 crore.

The Ken-Betwa Link Project envisages a 73.80 m high Vaughan dam across the Ken, about 2.5 km upstream of existing Ganga Weir on the border of Chhattarpur-Panna districts in Madhya Pradesh. Two powerhouses, one at the foot of the dam and other at the end of a 2-km tunnel, are also proposed to generate power.[1]According to the proposal, the Betwa linkage consists of four projects which are Barari, Richman, Kesari and Neemkheda on the upper area of the Betwa basin.

The plan of interlinking rivers was first initiated by Sir Arthur Cotton whose idea was to link Ganga and Cauvery to facilitate navigation. The National Water Development Agency (NWDA) was formed in the year 1982 to carry out water balance and study the feasibility of linking 30 rivers.

This idea of inter-linkage was steamed during the Atal Bihari Vajpayee reign, where it was planned to connect 14 Himalayan and 16 peninsular rivers by the construction of 30 canals and 3,000 reservoirs for the irrigation of 87 million hectares of land so as to produce 34 gigawatts of hydro-electricity. In this regard, the Supreme Court formed a task force in 2002, which had the job to furnish detailed project reports till 2006.

Rolling of the Plan

A tripartite memorandum of understanding was signed in 2005 between the Union Minister for Water Resources, Chief Minister of Madhya Pradesh and Uttar Pradesh in this regard which was followed by a detailed report on the Ken-Betwa river link project. The project was opposed by the environmentalists, conservationists and the Ministry of Environment.

Supreme Court on the Project

Supreme Court in its final decision on February 27, 2012, given by a three-judge bench decided to favor the project and gave the Centre a thumbs up to begin the project. Further, the court mandated the formation of a committee to take firm steps and set a definite timeline in laying guidelines for the completion of feasibility reports and ensure the completion of projects so that the benefits are accrued within reasonable time and cost.

The project got a major push under the governance of Narendra Modi, and the 9,393 crore project was further allocated ₹100 crore in 2014-15 to accelerate the work. But that has too couldn’t bring the project into action as there has been no headway in the absence of green clearances.

Benefits of this Project

This water-linking project would be an exclusive source to transfer water from the flood sustaining zones to the drought-prone zones to balance the availability of water in all parts of the country. This scheme is immensely valuable to the people.

It would help in replenishing ground water as it would provide surface water for irrigation purposes. Also, it would help mitigating drinking water problems in the dry regions. The cited benefits include irrigation facilities in over 6 lakh hectares of cultivating land, water supply for drinking purposes to 13 lakh people in Bundelkhand and would generate 78 MW of power.

Issues With the Project

The major problem with the Ken-Betwa linkage is that it would result in the submergence of 4,600 acres of the Panna National Park which is one of the few tiger reserves that exist in our country. The project requires diversion of 5,258 hectares of forest land which includes 4,141 hectares of Panna Tiger Reserve, which would destroy the habitat of the Tigers and other species of animals residing in the Reserve.

The project has also been widely criticized as a similar project, the Tagus-Segura scheme from central Spain to the Southeast part which was executed for transferring water failed in its efforts to resolve the water crisis. Thus, conservationists use this as an example to substantiate their disagreement.

Also, it was quoted that the people of the region did not even understand why inter-linking was needed in the first place because Ken does not have excess water.[2]

The controversy that circumscribes this river-linking project is the persistent state of debate between the merits and demerits of this linkage. The Modi Government was keen to start with this project, but the environment clearance was not given, and the National Board of Wildlife raised its objections against this project due to which a Standing Committee of the NBWL was created to provide a detailed study of the impact of the Ken-Betwa river project on the Panna Tiger Reserve.[3] 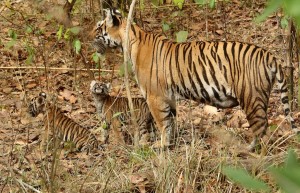 In its report, the standing committee gave clearance to the project after becoming convinced with the government’s action plan to compensate 4,141 hectares of the tiger habitat which would face submergence.The environment impact assessment didn’t give it a clear nod as the endangered Sangai- the brow-antlered deer is found at Ken Basin. But with the government’s plan to relocate the Tigers of the reserve, the experts have accepted the project idea. Recently, a report has also been submitted by the wildlife board highlighting the threat to the tiger habitat. But despite this, the expert report gave clearance to the project. Thus, the project has started with its working but with a slow pace.[4]

The interlinking project has the biggest advantage that it would relocate water from flood-prone to drought affected regions so that it would benefit the farmers for irrigation purposes and would also provide drinking water to the people in the drought-affected regions. But the major concern is that what all can be risked for this benefit? The project requires a heavy investment which is worth a fortune and that investment can be directed towards other fields of development if we disregard the investment to this project. Also, it would cause a great environmental damage to the forest area, tiger reserve, and destroy various human establishments and tiger’s natural habitat.

Another notable argument in disregard of this project is the level of corruption and bureaucratic mismanagement in the Indian government which can be seen by our past experiences of numerous scams. Thus, leaving this large investment in few hands may yield us no returns and might turn into another scam, but there are also few chances that this project might be actual work good in benefitting the drought affecting regions if it is worked on properly and efficiently. This clearly is a question which can only be answered after monitoring the progress of this project in the coming future years, till then, it can only be hoped that this slow pace project turns into a great investment.