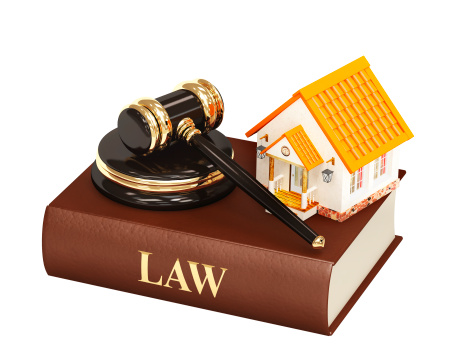 In this article Pragya Mishra of New Law College, BVDU underlines the responsibilities of promoters under Maharashtra ownership flats (Regulation of the promotion of construction, sale, management and transfer) Act, 1963

Everyone dreams of their house. Real Estate Sector is one of the growing sectors, and it is very dynamic. But this sector is highly plagued. The cases like Adarsh Scam, Campa-Cola scam, bring to light the irregularities in this sector. The builders often defraud the buyers, and there are sundry abuses, malpractices, and there are troubles relating to promotion, sale, management and transfer of the flats. The Courts are flooded with these litigations and the people who dream of buying their house; their dream remains a dream.

Rationale behind enacting this Act

After the independence, there was a need to develop India as a country. In those days people were not aware of anything. Law and order were necessary to maintain peace in the society. The country was developing as a whole. But sadly the Real Estate Sector was plagued at that time as well. The State Government of Maharashtra was made aware of the malpractices within this sector and due to which there was an acute shortage of housing within the State of Maharashtra. The State Government appointed a Committee in 1960 to advice itself in a manner that should be adopted to deal with these matters and the Committee submitted its report in June 1961. The report was published for general information. The Act is enacted to implement the suggestions by the Committee and to deal with the defaulters in a strict manner.

This Act applies to whole the of Maharashtra, and the other provisions of this Act shall come into force in[1][such] areas, and on dates as the State Government may, by Notification in the Official Gazette, appoint, and different dates may be appointed for different areas.

Important Definitions Under the Act

The important terms defined in the Act are as follows

The MOFA defines the term to inculcate within itself:-

The term flat also includes an apartment. The Explanation to the section provides that even if a provision is made for sanitary, washing, bathing or other convenience as common to two or more sets of premises, the premises shall be deemed to be separate and self-contained.

All the criteria of this definition must be fulfilled to be able to apply the provisions of MOFA, and it is a misconception that it applies only to residential premises.

The promoter includes as per this act:-

And who constructs or causes to be constructed

All the criteria of this definition must be fulfilled to construct a promoter, and the term also includes his assigns and thus, if a person assigns his interests in the land to another person then the assignee would become a promoter. If the builder and the person selling the flats are different, then both of them are promoters.  It happens many times that the builder who builds the flats gives the contract to an advertising agency to promote the flats than in this case both of them are promoters.

The Bombay High Court in Ramniklal Kotak vs. Varsha Builders[2] held that the Promoter must fall within the category of the promoter and a mere builder or contractor cannot be a promoter.

A Competent Authority means an Authority appointed under Sec 5A of this act.

General liabilities of the Promoter

Section 3 deals with the general liabilities of the promoters under this act.

Things to be Disclosed by the Promoter while Advertising

Advertising is an important aspect of Real Estate. Whenever a new building is constructed, and it has to be promoted so as to get prospective buyers advertising plays an important role. Most of the time it happens that the advertisements are misleading, so to increase transparency following disclosures should be made on behalf of the promoter:-

The promoter shall sell the flats by their carpet area only although he can charge separately for common areas and facilities.

The explanation to this section includes balcony of the flat in carpet area.

Registration of the Sale Agreement

The registration of the sale agreement is compulsory under the Registration Act, 1908 and then only the promoter can accept the advance money as a deposit, but such money shall not be more than 20% of the sale price.

Responsibilities of the Promoter

There exists a fiduciary relationship between the promoter and the buyer and the Promoter in all circumstances must value such relationship. The promoter is responsible and accountable to his prospective buyers. For ex: – If a promoter thinks to cater his selfish needs and hence defrauds the buyer he can do it just once. A person cannot be fooled twice. His reputation will be at stake in the market, and he will most probably not get any buyers for his future projects. So, the promoter should be transparent, and he should value the trust of his buyers. The responsibilities of promoters enlisted under this Act are:-

The Act increases transparency and provides various rights to the Flat owners against the Promoter. The Act is an important piece of Legislation to curb the malpractices going on in the Real Estate Sector. The Act is very stringent in its provisions and leaves no scope for the Promoter to escape his liabilities. The Act is yet not repealed, and it aims to tackle various problems faced by the Flat buyers or owners. It aims to reach the heart of the problems as the Real Estate industry is plagued.

This was all you need to know about the Responsibilities of promoters under Maharashtra ownership flats (Regulation of the promotion of construction, sale, management and transfer) act, 1963.