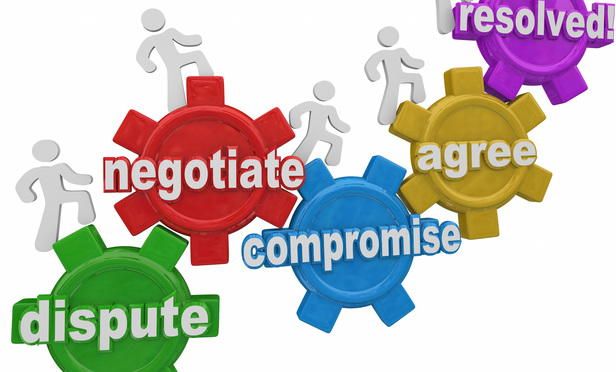 In this article, Aditi Nandanwar of Hidayatullah National Law University discusses Strategies for Conducting Arbitration Expeditiously and At Minimal Cost.

Arbitration is a contract based Alternative Dispute Resolution process, which initially started as a substitute for the more lengthy, costly and rigorous litigation. It’s supposedly quicker and cost efficient way of resolving disputes has however in the recent times been resembling the litigation process, which the disputed parties were trying to avoid. In a nutshell, the overall benefit one is expecting from arbitration is enforceability, flexibility as well as time- and cost efficiency. Unfortunately, in practice, the latter are not always found to be true. This has become a major problem for solving disputes through arbitration these days. Hence, the government and the International Chamber of Commerce are trying to come up with measures to fix this problem.

The key reason for the failure of this effective, dispute resolving technique is that the arbitration process has become too much like litigation. What is troubling is the sometimes lengthy period of time that it takes to complete the arbitration process following a substantive hearing, and for the Tribunal to publish its award.

In recent years, to be sure, much effort has been devoted to providing guidance for arbitrators, business users and advocates.    In addition, leading dispute resolution provider institutions have spent considerable time and effort developing and revising arbitration procedures.  Despite all of this, the problems—perceived and real—remain.

The Solutions, Measures, and Strategies for Change

The following measures and details can help in a faster, more cost-efficient arbitration process.

How to make an effective arbitration clause or agreement?

Cost of the procedure has to be considered while making the clause because one of the reasons of the disputed parties choosing this form of dispute resolution is to save their money that is required for proceedings in the court.

Arbitration is a party-specific document in comparison to the court proceedings. To make it fair for the both the parties so as to get justice is important. Ensuring that the arbitrator is not inclined toward one of the parties helps in efficient arbitration procedure.

Stepped arbitration clauses, which provide for “amicable negotiations” and/or mediation before a dispute is referred to arbitration, are quite popular these days. However, they can cause problems if they are loosely drafted with no clear deadlines or procedures for the settlement discussions. A well framed and drafted arbitration laying down all the essential things of arbitration such as its commencement, costs, etc.

Scope of dispute for arbitration

The clause must contain a specific scope of dispute that can be resolved by arbitration. The scope must be carefully drafted and must be unambiguous. Any vagueness could render the arbitral award unenforceable and may result in litigation.

One of the best and most effective ways of reducing the cost of Arbitration processes is to form a set budget that is regulated frequently by the attorneys and lawyers of the parties involved. The budget must include detailed expenditure of the complete proceeding. This will help the parties to review the money involved and cut down the unnecessary or unwanted expenditures during the complete arbitration process.

As with other aspects of the international arbitral process, a dominant feature of the selection of arbitrators is party autonomy.  As stated in the Hague Convention of 1907, arbitration affords the parties the freedom to have their disputes resolved by ‘judges of their own choice’.

An Arbitrator decides the costs, claims and orders. Hence, in order to make the arbitration proceeding efficient, it is must to select a suitable and an experienced arbitrator. It is one of the most vital and decisive steps in an arbitration. It has rightfully been said that arbitration is only as good as the arbitrators. Choosing the right Arbitrator also includes reviewing their qualifications so as to match the compatibility with both the parties and the dispute. He should be selected on the basis of reviewing his earlier decisions in similar disputes between other parties.

Limiting the production and discovery of documents

In case of failure of the witness to be present in the proceeding, under Section 27(5) of the Arbitration and Conciliation Act, 1996, a contempt action against them shall be taken which would include penalties or fines. Such spendings can also be minimised by minimising the defaults on the witness’s part.

Limiting the motions raised during the process

Discussing irrelevant and out-of-the-context motions only result in more time consumption and stretching the arbitration to a greater length. The parties should only include those motions that are actually related to the dispute. However, motions that are vital for production of evidences and documents must be discussed thoroughly without any compromise.

The parties usually, eventually move on to courts even after the arbitration procedure is either in progress or has passed an order or a settlement. This leads to further lengthening of the process of arbitration and increasing the cost involved in resolving the disputes. Hence, an effort should be made to curb such unnecessary delay in dispute resolution which negates the complete idea of arbitration in the first place.

Amendments to the Arbitration and Conciliation Bill, 2015 to make the arbitration process expeditions and cost-efficient

In order to correct the lacunas in the process of arbitration, the law commission has suggested a few amendments for a more speedy and less costly process. These amendments ensure that every arbitration process is completed within a period of 12 months which maybe extended to another 6 months but not beyond that. Any such extension would be granted by the court only on any satisfactory/sufficient grounds. Also, such an extension will lead to the reduction in the fees of the arbitrator if it is found to be a fault or delay on his part.

The government has also amended Section 11 by adding a new subsection to it to the effect that an application for appointment of an arbitrator shall be disposed of by the High Court or Supreme Court as expeditiously as possible and an endeavour should be made to dispose of the matter within 60 days. To ensure a faster system of dispute resolution, such provisions are added that, if the parties to the dispute may agree to a fast-track dispute resolution procedure, awards may, in such cases, be granted within a six months period.

Section 31A has been added for a more cost effective arbitration. It has provisions for both, the arbitrator and related litigation in courts. The section relates to the regime of costs and provides that the Court or arbitral tribunal shall have the discretion to determine costs.  This will help in curbing the frivolous and meritless arbitration and litigation.

Arbitration is a very effective dispute resolution method and can be used efficiently if its process, rather than leaning towards a litigation base is brought back to its original form i.e, a concise contractual form. It is supposed to be an ‘alternative’ dispute resolution system for the disputed parted. The lengthy process and more expenditure is taking away its ‘alternative’ character. To preserve this element of the process it is high time the government and other regulating authorities bring about changes in its nature so as to be compatible with the fast moving commercial and business industries and companies.