This article was written by Shreyas Jain of UPES, Dehradun. Want to share your law school experiences? Email your write up to [email protected]

“The harder you sweat in practice,

The lesser you bleed in war”

I have both experienced sweating and bleeding, though not in a war but as they say, for us law students, moots are the preparation of war in the outer world, after 5 years.

Bearing proudly the pageant of the 1st runner’s up in the Amity National Moot Court Competition, Jaipur certainly pulls me up a bit in air, but the ground realities were, are and will always be imbibed in me (most probably).

“No matter if you lose, you will never end up being a loser, but a learner”. With this line of thought (which never is an inspiration but a consolation in the end), I registered for the competition. We had the moot proposition, the inspiration and the human resources to do the job. Now, we just needed to commence our respective jobs, which by the way, is not as easy as it looks. Anyone can finish a task but to initiate one…. It’s a hard nut to crack.

For law student, the very natural and local guardians are not his relatives or parents but the seniors. Whether the problem is related to academics or in a need of a vehicle for one’s girlfriend, seniors are the first and foremost people, whom everyone addresses, so did we.

I had some experience under my belt by virtue of participating in the Intra Moot Competition in my 1st semester. As we were being provided with the details of the procedure of the research for the upcoming moot, a few questions did arose in my mind – ‘on the kind of research I did in my first semester’. However, the briefing session by one of our cherished senior did ignited the joy for mooting within us, but more than that the uneasiness, anxiousness, tension, to sum it all- “fear” bowled us over. Fear makes you do things on which you might not even have paid heed to, in ordinary circumstances. But now, we had a strategy in order to at least make our presence felt inside the moot court room. The ‘issues’ were divided so that everyone in the team works equally.

As the day of the competition came closer, every member started complaining about the concept of “24 hours in a day”. Time seemed to sweep as quickly as it could, leaving us in bewilderment as to when will the memo be completed? Our ‘not so’ extensive research on the topic of LGBT (lesbian, gay, bi-sexual, transgender) came to an end on a fateful day. No doubt, we all were relieved by the fact that the research phase of the moot came to an end. Now just the other half of the journey remained to be walked upon.

As soon as the soft copy of the memorial was submitted, I knew that the oral arguments will decide, whether we will make it or break it! The journey to Amity, Jaipur had already begun and the fact that we were still pretty much clueless as to how and what are we going to speak in front of the judges? We had done our homework and in that process I went through the keywords “moot-speakers-court mannerisms” on you-tube quite a few times. Not even once did we thought of winning the competition, rather we just hoped for qualifying the first round, that’s it.

The first round of the competition was to be held the next day, wherein I needed to unveil the best out of me. But wait, what am I supposed to speak there? At the immediate instance, I was thinking about the sleepless night which is to be covered tonight. Phew!!

The first round, according to me, was pretty much in our favor and the results depicted the same. We were in the next round. Judges, as well as the audience sitting inside the room complimented my oratory skills, to which I humbly told myself, “They are being mistaken, completely”.

The next round was on the same day and to our amazement it was scheduled with the fellow room-mate team from Nagpur. The judges seemed to be scrutinizing the opinion of either of the teams with utmost meticulosity. It seemed to me as if the judges would not agree to us on any matter whether it is the maintainability of suit under article 32 or even conferring right to life to an individual. The judges, on the basis of their ability to grill the participants, scored a perfect 10 on 10 but sadly I was not judging them, rather they were. A mere mistake on the part of the opponents to keep arguing with the judge in spite of the judge asking them to move ahead with other contentions, proved fatal and they lost by a margin.

Luck favors those who help themselves. However, so as to make luck favor one side, an appropriate amount of diligence is also necessary to work in the same side. The final round against ‘Rajiv Gandhi National Law University, Patiala’ was pretty much at par, but the arguments from the opponent’s side had both quality and quantity whereas we lacked the “quality” part of it.

A moot certainly gives one a learning experience to handle pressure from peers, friends, colleagues, opponents and judges. As in a student’s life dealing with pressure and priorities is a basic objective which has to be achieved. The moments where we celebrated our victories were of great joy but one moment that took me in awe was after the final session was over, a lady came up to me stroking her right hand on my head she said, “You are an outstanding speaker” (to which I humbly told myself again, “what is wrong with them”). 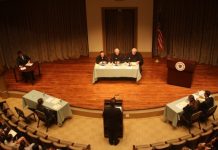 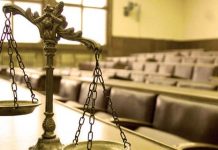 Mooting Tips: First Things To Do When You Get A Moot Problem