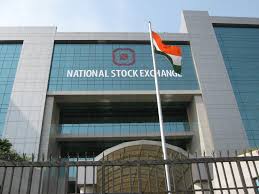 In this blogpost Shivam Anand, a  3rd year student of DSNLU, Vishakhapatnam, writes about Business going public, pre- requisites for a company to be eligible to opt for IPO and the steps involved in opting for IPO in India

In a recent case, DLF was charged Rs. 85 crores for not disclosing certain material information and facts in its IPO document.[2] In another case, SEBI cleared telecom tower firm Bharti Infratel’s public offer only after adequate disclosures were made in its IPO prospectus to address the issues raised by the market regulator itself and in the complaints received with regard to the offer.[3]

PRE-REQUISITES FOR A COMPANY TO BE ELIGIBLE TO OPT FOR IPO WITH RESPECT TO SECURITIES EXCHANGE BOARD OF INDIA:-

An issuer may make an initial public offer, if:

(a)  They have a net tangible assets of at least three crore rupees in each, of the preceding three full years (of twelve months each), of which not more than fifty percent are held in monetary assets ( A monetary asset is an asset whose value is stated in or convertible into a fixed amount of cash. Thus, the term can be more tightly defined to exclude any assets that cannot be readily converted into cash such as long-term investments or notes receivable[4]) also provided that if more than fifty percent of the net tangible assets are held in monetary assets, the issuer has made firm commitments to utilise such excess monetary assets in its business or project;

(b) it has a track record of distributable profits (which is portion of company’s accumulated realized profits, net of realized losses that are available for dividend distribution) in terms of Section 205 of the Companies Act, 1956 (Section 123 of the Companies Act 2013) which deals with dividends to be declared or paid by a company for any financial year only out of profits, for at least three out of the immediately preceding five years: Provided that extraordinary items shall not be considered for calculating distributable profits;

(of twelve months each);

(d) The aggregate of the proposed issue and all previous issues made in the same financial year in terms of issue size does not exceed five times its pre-issue net worth as per the audited balance sheet of the preceding financial year;

(e) If it has changed its name within the last one year, at least fifty percent of the revenue

for the preceding one full year has been earned by it from the activity indicated by the new name.[5]

STEPS INVOLVED TO OPT FOR IPO

The major steps for Initial Public Offering(IPO) are of given below in brief:-

Proper evaluation of timing of issue should be done. Many a time during recession public would be unwilling to invest in the IPO so it may be a business of loss for the company.

Last but not the least after the closure of the subscription list, the merchant banker should inform, within 3 days of the closure, whether 90% of the amount has been subscribed or not. If it is not subscribed up to 90%, then the underwriters should bring the shortfall amount within 60 days. In case of over-subscription, the shares should be allotted on a pro-rata basis, and the excess amount should be refunded with interest to the shares holders within 30 days from the date of closure.[7] Also there are several rules and regulation which should be adhered to with respect to disclosures as provided by SEBI. It should be complied with for successful completion of the intial public offering.

With the enhancement of various laws on the basis of making India reach the epitome of “Ease of doing business” rank list of countries IPO for unlisted private companies has become a good option for raising capital. This article focused on the understanding the basics of making your business public and opting for IPO.