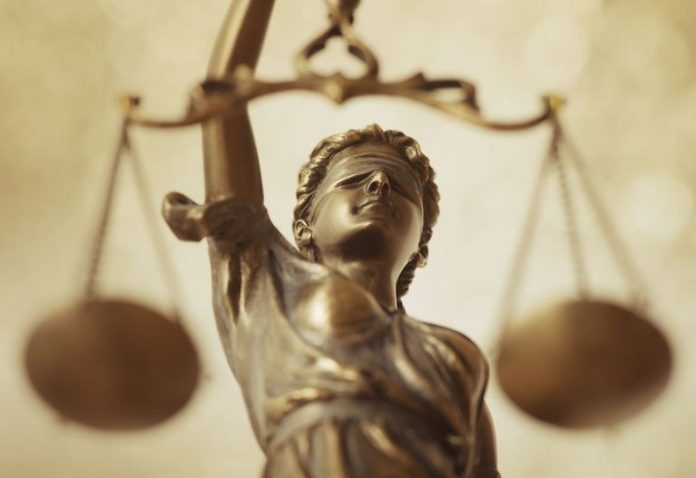 In this article, Aditi Lakhanpal of Rayat Bahra University Mohali Punjab discusses Professional ethics in the legal profession. What can we learn from legal luminaries?

Professional ethics in the legal profession

“In law, a man is guilty when he violates the rights of others. In ethics is guilty if he only thinks of doing so.” –Immanuel Kant[i]

A paramount stride to being an individual who is capable of being comprehensive as to take a look upon the matter of ethics in broad-spectrum. Ethics are a moral doctrine that administers demeanor or the directing of an action. Ethics is a prerequisite of humanoid existence for the reason that it is the methodology of determining a root of an act. Thus, we have a standard value by which all our actions are determined. Devoid of, hominids would action without any reliable direction. An elementary of one’s moral principles intended for humans is the means of endurance. Other fundamentals take in self-regard and coherence of interests. Further, there are numerous of essentials—individuality, uprightness, scrupulousness, pride, generosity, rationality and liberty. Professional ethics entail of those necessary principles on which the profession has been put up. Legitimate principles are one of the professional ethics which deals with demeanor grounded on the sense of duty that a legal representative feel bounded to the law court, to the client, to his coworkers in the line of work, as well as to the society. Those responsibilities are owed to almost each person exhibits the social order regard for the legitimate profession and the society concern the profession serves. In lieu of amateur dealing with legal representatives, the utmost appropriate direct orientation about legal representatives ethics are the “Code of Professional Responsibility” that delineates the expectations from lawyers, and the “Code of Judicial Conduct”  that expressly applies to those in the Judiciary.

Professional ethics in the Legal profession

Every single discipline, profession, job and every calling has a cutting edge. At that cutting edge, lines are drawn. Lawyers and judges are society’s ultimate line drawers. On one side of the line, the conduct, action, or procrastination is appropriate; on the other side of the track, it is not. [ii]Code of professional responsibility delineates a conduct that is “rational,” “judicious,” and consistent with “norms of the profession and the rule of law.” Lawyers and judges must be just and realistic in their dealings with their clients, counsel, and litigants. Our Constitution enshrines that the right to consult and to be defended by a lawyer of one’s choice is a fundamental right of a person and so; it is the duty of a lawyer to defend such person. Legal representatives accountability in our society is that he ought to stand “as an armor” in the security of moralities and to hold off corrupt. From the line of work charged with these sense of responsibilities, there must be expected those potentials of truth-speaking, high wisdom of honor, granite freedom of choice, of the firmest adherence of fiduciary accountability, that have thru the centuries been compendiously pronounced as “ethical character”. Some legal representatives have taken the barred route and, as a result, have been underprivileged of their privilege to practice law which validates termination from practice or dismissal takes account of great corruption. Great corruption is contemplative of immodesty to practice. Lawyers as custodians of the law play a dynamic part in the protection of society. The serenity of this responsibility entails an understanding by the legal representative of their connection with and function in our legal system. A consequent onus of legal representative is to uphold the highest ethics of ethical conduct. A legal representative shall at all times maintain the uprightness and pride of the legitimate profession.  Further in the light of professional ethics in the legal profession certain amendments in Advocates Act 1961 [iii]have been constructed.  This are-

Judges have an exclusive representation in the egalitarian rule by way of the evenhanded interpreters of the law and the executors of fairness. A justice of the peace must not merely be well experienced in law, but he must act reasonably as well as fairly and provide judgments that are unbiased and bona fide. Judicial professional integrities work for the two-fold principle of governing judges in these activities and as well making the community attentive of what to look for from judges.

The code of judicial conduct holds ethical values and doctrines that assist judges in demarcating among moral and fallacies while carrying out their functions. Judges have remarkable authority and accountability since they resolve matters that affect the parties involved in a case. Hence, a judge must keep an eye on the law and execute judicial obligations generously and independently to make a true judgment. He has a duty to oppose external powers, for instance party-political force or else pressures that might influence him to make an unethical judgment.

Ethical rules mentor judges continuously regarding exactly how they can ensure fairness and refrain from immodesty in the award of justice. Every single individual is entitled to egalitarian conduct before the law. If the judge has particular information of the disputed facts, relations to any of the parties otherwise an interest in the result, a judge has a duty to abstain from deciding matters. In any of these cases, the principled judge will give away from the case.

The law lords administer the law, before the Constitution, public must stay assertive of attaining shield for their privileges and sovereignties. A judge constantly has a duty to act thru nobility and carry out his callings to the utmost ethics to advocate and sustain the honor of his organization. Public confidence aids when individuals bring their issues to court of law and have a faith that a judge will act nobly and uprightly in the discharge of his duties.

Obedience to professional moral code upholds clarity and stimulates judges to take accountability in lieu of their acts, which empowers them to be held responsible to their profession, government, and the society. A judge who acts unscrupulously takes the law lords into disgrace and possibilities of losing his position either through impeachment or failing to be re-appointed.

Professional Misconduct Under The Advocates Act, 1961