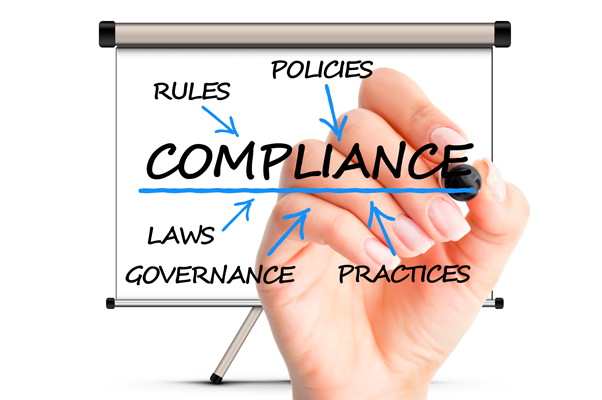 In this blog post, Aakansha Bansal, a student pursuing her Diploma in Entrepreneurship Administration and Business Laws from NUJS, Kolkata, discusses the important regulations that surround Board of Directors.

What is Board of Directors (BODs)?

The Board of Directors is a group of directors within the company who are elected to represent the stockholders of the company so that the corporate management related strategies and policies can be established. It is also empowered to make important decisions regarding major issues related to the company.

Why does a company need Board of Directors? 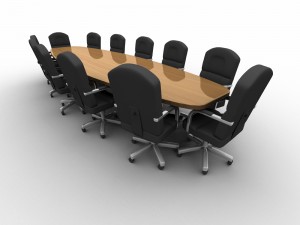 Powers of Board of Directors

The Board of Directors is flooded with immense powers. Section 179 of the Companies Act, 2013 enumerates the Powers of Board. Some of the powers mentioned in the said section are as follows-

(a) to make calls on shareholders in respect of money unpaid on their shares;

(b) to authorize buy-back of securities under section 68;

(c) to issue securities, including debentures, whether in or outside India;

(e) to invest the funds of the company;

(f) togrant loans or give a guarantee or provide security in respect of loans;

(g) to approve financial statement and the Board’s report

Need of regulations on the Board of Directors

The powers entrusted to the Board are not arbitrary. To protect the interest of stakeholders and to ensure justice, it is of great importance that powers exercised by the board are well regulated. Even the proviso of Section 179 of the Company Act, 2013 states that the powers exercised by the board shall be subject to the Act itself, memorandum and articles of the company or any regulations not inconsistent with the regulations already made by the company in general meeting. 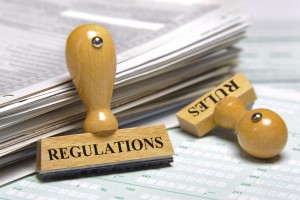 Important- There is a penalizing provision also under section 166 of the Company Act 2013. It says that a director not obeying his duties shall be punished with a fine which varies from One Lakh Rupees to Five Lac Rupees.

Insider Trading is a trading of a public company’s stock or securities by an individual having access to unpublished price sensitive information.

“Unpublished Price Sensitive Information” means any information which is not known to the general public and the information on becoming known will directly or indirectly affects the price of the securities of the company in the market.

Regulation 3 of SEBI Regulations seeks to prohibit Insider Trading. It provides that no insider shall either on his behalf, or any other person can deal in the securities of the company when he is in possession of any unpublished price sensitive information. The insider is even prohibited from communicating, counseling or procuring, directly or indirectly any unpublished price sensitive information to any person unless it is required to be done in the ordinary course of business or profession.

The directors and substantial shareholders are bound to disclose their holdings to the company periodically.

Clause 49 of the Listing Agreement by Securities Exchange Board of Indiaseeks for the improvement of Corporate Governance and prescribes for the norms under which the companies are mandated to operate.

It also provides for the establishment of Audit Committee and Nomination and Remuneration Committee by the Company. These committees should necessarily comprise of independent directors.

The presence of Independent Directors in the Company helps to protect the interest of the shareholders, and it also ensures that the Board is not biased to any particular shareholder or stakeholder.

The penalty will also be attached in case the Company fails to appoint Independent Directors as per its requirement.

Initially, it was not a mandatory provision. However, now it has been made compulsory on the part of the Company to establish a vigil mechanism to safeguard the interest of personnel availing it.

A whistleblower is a person who exposes any activity or information which is illegal or unethical on the part of the company. 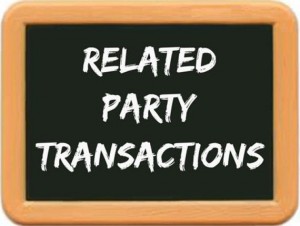 A transaction between two persons who are already related to each other even before entering into that deal is called related party transaction. A related party includes business associates, shareholders group, a subsidiary of the company, etc.

Related party transactions are regulated to prevent directors from earning personal gains at the cost of the shareholders. All Material Related Party Transactions shall require the approval of the shareholders through a resolution and the parties to the transaction which are so related shall be abstained from voting on such resolutions.A transaction with the related party would be considered to be material if it exceeds 10% of the consolidated annual turnover of the company.

However, transactions which are taken place at arm’s length price in the ordinary course of business are not regulated.

Important- All directors or other employees who are authorized to enter into a contract on behalf of the company, enters into any material Related Party Transaction in violation of the provisions of the Company Act 2013 can be fined with an amount which may vary from 25000 Rupees to 5 lac Rupees. In case the company is a Listed Company then the punishment can include imprisonment up to 1 year also.

The general rule is that the directors of a company enjoy the benefit of having limited liability. However, there have been many instances when the directors or officers in default are made personally liable for the company’s acts. This is a very important aspect of Corporate Governance.

Corporate Governance stipulates the way according to which the company is required to work. It prescribes the manner in which the company is governed. Directors not acting within their framework shall be liable to make good to the shareholders or other affected persons.

Corporate Governance is primarily concerned with protection of shareholder’s interest, employees, and public at large.

Institute of Company Secretaries of India has laid down Secretarial Standard -1 (SS-1) on “Meetings of the Board of Directors”.

The Standard seeks to prescribe principles which enunciate the manner in which Board of Directors should conduct their meeting. Therefore, these standards regulate the conduct of Directors to a great extent. 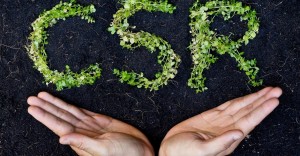 The Indian Company Act, 2013 has made it compulsory for certain companies to observe the provisions of Corporate Social Responsibility. The Companies need to examine the morality of their business.

CSR is a company’s initiative to take responsibility towards the society at large. It ensures that all the stakeholders are fairly treated.

Every Company whose net worth is at least Rs. 500 crores, or turnover of Rs. 1000 crores or a net profit of Rs. 5 crores during any financial year is mandatorily required to allocate at least 2% of its profits to CSR initiatives.

Any company functioning in violation of the above provision shall attract criminal consequences.

It cannot be denied that power without regulation will in no time turn into arbitrariness. If the person is given powers, he shall also be burdened with some regulations or obligations so that he exercises his powers in a reasonable manner and the interest of general public.

Keeping in mind this view, the Companies Act along with other organizations has come up with the provisions which regulate the conduct of Board of Directors. The provisions which have been discussed above seek to protect the interest of the stakeholders and public at large. These regulations ensure that the directors are not enjoying personal gains at the cost of the interest of the society or of the shareholders.

If you want to learn more about COMPANIES ACT, 2013 you can take up this course that is created by iPleaders in association with National University of Juridical Sciences (NUJS), Kolkata which is regularly ranked as one of India’s top three law schools.