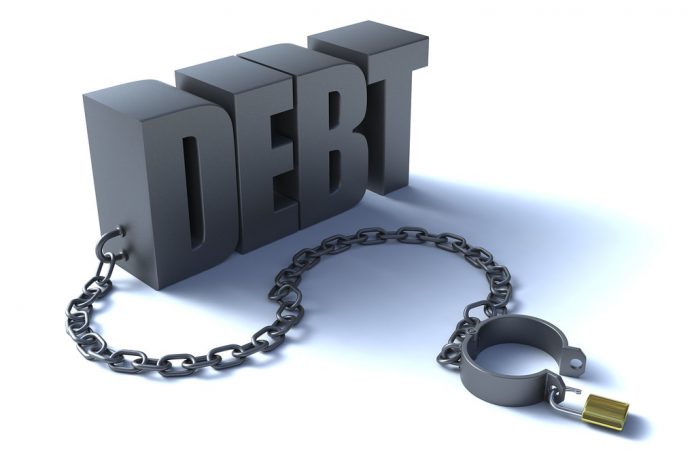 This article has been written by Diva Rai, 1st year student, Symbiosis Law School, Noida. In this article she discusses Section 43 of the Indian Contract Act, joint and several liability, types of joint obligations, suit against joint promisors and situations of such liability with case laws.

When two or more persons make a joint promise, the promisee may, in the absence of an express agreement to the contrary, compel, any one or more of the joint promisor to perform the whole promise.

Each promisor may compel contribution– Each of the two or more joint promisors may compel every other joint promisor to contribute equally with himself to the performance of the promise unless a contrary intention appears from the contract.

Several responsibilities arise when two or more persons under a single or different instrument make separate promises to another. Their promises are cumulative, and one’s payment will not discharge the other. Joint liability arises when two or more persons promise to do the same thing together in the same instrument and make separate promises to do the same thing. It gives rise to one joint obligation and as many joint and several promisors as there are. Like joint responsibility, one-time performance discharges everything.

The Section makes all joint contracts joint and several. When the debts are jointly incurred, each promisee is liable for the whole amount. A joint contract unenforceable against one of the joint promisors on the ground of lack of his signature or is having agreed at all, can be enforced against the other who has signed. Neither the minority or insolvency of one joint promisor affects the liability of the others.

Death of one Joint Promisors

As held in Gokhul Bihari Pande v Khiju Rai, if one of the joint promisors dies pending suit, the suit can be brought against the other defendant promisors without recording his legal representatives. But when a lawsuit has been dismissed against a number of joint promisors, the plaintiff can not prosecute an appeal against just a few of them, waiving his claim against the rest.

Under this Section, the lender may sue all or any of the joint promisors as he may choose, even where one of the promisors has undertaken the liability as a surety. Section 43 read along with O I r 6, CPC, makes the effect of joint liability arising on a contract the same as where the liability is several. But this is limited to the question of joiner of parties liable on the same contract and is a matter of procedure as held in Union of India v East Bengal Steamer Service Ltd. The Section allows a promisee to sue such one or more of several joint promisors to be sued only along with his co-promisors. It is no defense to such a suit that all the promisors must have been made parties. However, this right of the promisee to sue any one or more of the joint promisors is distant from, and does not affect the right of a defendant to apply to the court under O I, r 10, of the CPC 1908, to have his co-contractor added as a party, not on the ground that such co-contractor ought to be joined, but if the “court considers it necessary to do so” as was held in Muhammad Askari v Radhe Ram Singh.

Suit Against One of the Several Partners

The Section applies as much to partners as other contractors. In a suit brought upon a contract made by a partnership firm, a plaintiff may select as defendants, those partners of the firm against whom he wishes to proceed, without making all the partners defendants. Where a partner of a registered firm entered into a contract of tenancy on behalf of the firm, a suit against that partner for recovery of rent was maintainable in the absence of the other partners, who were not necessary parties, non-payment of rent being an act of the firm within the meaning of The Indian Partnership Act, s 25.

Where one partner, having himself settled a decree against the partnership, sued another partner for contribution, he could not rely upon s 43 to defeat a plea by the defendant that a suit for one item in the account could not be a subject of claim because the partnership had been dissolved and the suit for accounts of the dissolved partnership was time-barred.

Effect of Decree Against Only Some of the Joint Promisors

There is considerable difference of opinion among the high courts about the operation of this Section, where a judgment has been obtained against some or one of joint promisors. The Calcutta High Court held that a decree obtained against one of several joint makers of a promissory note is a bar to a subsequent suit against others, which was followed initially by the Madras High Court, but it later held that if the decree against some only of the joint contractors was not barred. The Allahabad High Court held in Muhammad Askari v Radhe Ram Singh that a judgment obtained against some of several mortgagors remaining unsatisfied was no bar to another suit against the other joint mortgagors.

Situations of Such Liability

When a joint venture group contract is concluded, all members are jointly and severally liable, even if only one is capable of rendering the service in question. Each of a number of co-tenants is liable separately to the landlord under s 43 for the entire rent, and a suit is also liable against all the heirs of a deceased co-tenant without making a party to other co-tenants. As the rights of one of the joint mortgagors, who had redeemed the mortgage, are specifically dealt with in s 92 of The Transfer of Property Act 1882, s 43 of this Act has no application. The liability of the members of a company found illegally is joint and several, and a suit can be maintained against only some of them.

Section 43 refers to two or more persons making a joint promise, and there is no application where parties become jointly interested in the operation of law in a single person contract. The section therefore does not apply to the case of the original debtor’s several heirs, and they must all be joined as parties to the suit. Later, a Calcutta High Court Full Bench decision held that a case of a rented lawsuit against some of the heirs alone could be upheld, since the court had the power to add parties under O I, r 10, CPC.

In the Absence of Express Agreement- Whether a sales deed by a number of sellers makes ll sellers jointly liable or makes each seller liable for their own share, is a matter of fact depending on the parties’ intent. The burden of proving that each promoter is not liable separately under the contract lies on that joint promoter who wishes to resist the suit on this ground.

Persons liable jointly and severally under a decree are in the same position as joint promisors. They will bound a contribution to the extent of their respective shares towards the discharge of the decree. A co-debtor may not be liable to contribute if he shows that the other co-debtor had an amount of joint money sufficient to discharge the decree. A decree-holder can recover his decretal debt from one or more or any of the judgment-debtors and the latter can compel contribution from the other judgment debtors, who have not been compelled to pay. In the absence of a contract to the contrary, the liability to contribute is not affected by the release of any judgment-debtor by the decree-holder.

The question as to whether there is any right of contribution as between persons against whom a joint decree has been passed depends upon the question whether the defendants, in the former suit were wrong-doers in the sense that they knew or ought to have known that they were doing an illegal or wrongful act. In that case, no suit for contribution will lie. If an act is manifestly unlawful, or the doer of it knows it to be unlawful as constituting either a civil wrong or a criminal offense, he cannot maintain an action for contribution or indemnity to him for the commission of such act is also void. Thus, where a decree for costs against two defendants jointly was executed against one of them, who had set up a false defense in the suit in collusion with the other, and the former sue the latter for contribution in Vayangara Vadaka Vittil Manja v Pariyangot Padingara Kurupath Kadugochen. It was held that the suit would not lie.

Commencement of Liability For Contribution

Before the enactment of this Act, it was held in Ram Pershad Singh v Neerbhoy Singh that the mere existence of a decree against one of several joint debtors did not provide ground for a contribution suit against the other debtors. Only after fully satisfying the joint decree can a co-promoter seek contribution from other co-promoters. For contribution, a prima facie case is made by the production of the judgment and the certificate of satisfaction. Mere execution of a mortgage decree for costs does not entitle a defendant to the contribution unless he redeems the mortgage or the mortgaged property is sold in satisfaction of the mortgage. Limitation for contribution begins to run only from the date of payment as held in Shankerlal v Motilal.

Joint promisors are liable to contribute equally unless a contrary intention appears from the contract. The last paragraph of the Section does not contemplate cases where one of the joint contributors has not paid and others received the benefits in the original contract in unequal proportions. The fact that one happens to escape from legal liability to the creditor, without consent of his associates, and perhaps even without their knowledge, cannot be allowed to disturb the original obligation between co-debtors or to alter the proportions of liability or contribution, which must be ascertained from the note at the time it was made as held in Ramskill v Edwards. If one liable person is not in a position to pay his share, that amount should be divided equally within the Section between the others, but it was held that the amount could be divided by the proportion of the benefit each received.