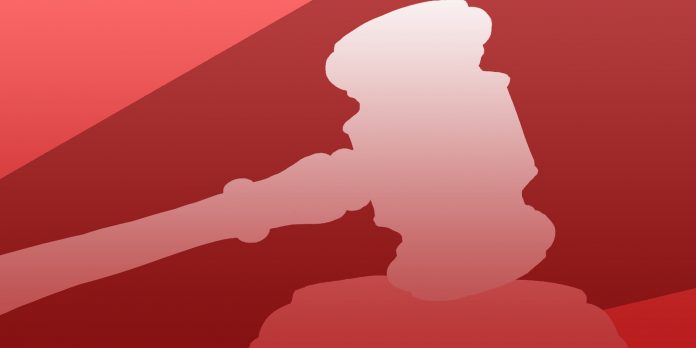 Adultery is not only a crime in India but also a valid ground for divorce in all personal law of India. What to do when someone’s spouse commits adultery? What are the laws regarding adultery in India? What are the steps taken and the legal procedure to prove adultery in India? How to collect evidence, what is approved as evidence under court of law in India to prove adultery? Can one hire a private detective to prove one’s spouse adulterous act? If yes how does the law functions on this? A detailed information on what is adultery and steps required to get a divorce on the ground of adultery in personal laws of India.

Adultery is understood as a voluntary sexual action by a married person with another married or unmarried individual. Almost every religion condemns it and treats it as an unpardonable sin. Indian Penal Code[1] (IPC) perceives adultery as a consensual sexual intercourse between a man, married or unmarried, and a married woman without the consent or connivance of her husband. Only a man can be prosecuted for the offence of adultery under the IPC. An adulteress “wife” is absolutely free from criminal responsibility. A women cannot even be punished for “abetting” the offence. Adultery law, assumes that the “wife” was a hapless victim of adultery.

Making it more simpler, here is a detailed step-wise functioning of law on adultery in India.[3]

Suppose A and B are married couple and A’s wife is indulged in a  sexual relation with C without A’s knowledge. B can be prosecuted for adultery provided a formal complaint is lodged by B’s husband A. Here is how law will treat C.

Women and the offenses relating to adultery? Is adultery a crime for women under the Indian Penal Code? Who are not excluded under the adultery law?

No. adulteress “wife” is absolutely free from criminal responsibility. A sexual act with consent between a married or unmarried man and an unmarried woman or a divorcee or a widow, therefore, does not come within the ambit of adultery. It also holds the man and not the adulteress wife of another man, who has been unfaithful to her husband, solely responsible for the sexual liaison. Although this is a solid ground for divorce as explained in the later part of the article.

Personal law and adultery. Whether adultery is a ground for divorce in personal laws of India? 125crpc

Adultery, a ground for divorce under Hindu Marriage Act, 1955

For understanding, adultery as a ground for divorce under Hindu law, it is important for us to treat adultery by this general definition. Voluntary sexual intercourse between a married person and a person who is not their spouse. A Hindu man, as well as women, can seek divorce on the ground that his wife or her husband as the case may be, is adulterous as per the provision of Hindu Marriage Act, 1955.

There is a provision in Hindu Marriage Act which says, a complaint either by the husband or the wife can be presented before the court alleging that, the other party  has, after the solemnization of the marriage, had voluntary sexual inter-course with any person other than his or her spouse. Therefore, having sexual intercourse voluntarily with someone else other than one’s spouse (Adultery) is a valid ground for divorce under the Hindu Marriage Act. A single act of voluntary sexual intercourse by a marriage partner with any person other than their spouse is a ground for a decree of divorce under the provisions of the Hindu Marriage Act,1955[5]. The birth of a child during the marriage is conclusive proof of legitimacy unless it can be shown that the parties to the marriage had no access to each other at any time when they could have been together. The contention that,  wife has been living separate from him since June, 1973 and she gave birth to a child on 1st May, 1974 and therefore it must be held that the wife had voluntary sexual intercourse with a third person, proved to be a valid ground for divorce on the satisfaction of several other considerations.[6]

Adultery a valid ground for divorce under the Muslim personal law

When a Muslim woman is accused of adultery

It is an allegation of adultery to the wife by the husband which entitles her to file a suit for dissolution of the marriage and get a divorce if she proves the charge to be false. According to the Muslim law, till a decision is passed by the Judge, the marriage subsists and there are mutual rights of inheritance if either should happen to die before the decree is passed. In order to dissolve such a marriage under the doctrine of lian, the court has got to determine judicially whether a charge of adultery was or was not unjustly made and whether husband has retracted from the allegations or not. The Muhammadan law of evidence being no longer in force and the ordinary Civil Courts having taken the place of Qazis, these Courts are the authorities which should make a decree for dissolution of marriage on being satisfied according to the ordinary rules of evidence that a false imputation was made by the husband, it is unnecessary to comply with the formalities of lian according to the strict Muhammadan law. Where a Muhammadan husband falsely accused his wife of adultery and on the wife’s bringing a suit for the dissolution of the marriage he admitted the falsity of the charge but attempted to justify his making the charge at the time, it sufficient for presuming that husband has retracted from his allegation.

When a Muslim man is accused of adultery

In Islam that zina (unlawful sexual relationship) is haraam and is a major sin. According to the Dissolution of Muslim Marriage Act, 1939 A woman married under Muslim law is entitled to obtain a decree for the dissolution of her marriage on the grounds that, her husband associates with women of evil repute or leads an infamous life. Adultery as a ground for divorce is nowhere mentioned in the act, but interpretations of the above section tell that if a muslim man is indulged in adultery it will be valid ground for divorce.

When it comes to adultery,  Special Marriage Act, 1954 is similar with Hindu Marriage Act. The act gives divorce rights to both husband and wife on the ground that the other partner in a marriage is in voluntary sexual relation with someone outside the marriage. In any proceeding for divorce or judicial separation or restitution of conjugal rights, the respondent may not only oppose the relief sought on the ground of petitioner’s adultery but can also make counterclaim for any relief  and if the petitioner’s adultery is proved, the court may give to the respondent any relief which he or she would have been entitled to.

What are the valid pieces of evidence for proving of adultery in India?

Not statutory but still these presumptive grounds are accepted by the court to prove adultery.

What to do if my spouse is committing adultery?

Before any steps, first, it is important to know what are the instances which can be covered under the law of adultery and what are not.

Step 1: Ensure that the act is adulterous. The following are examples of adulterous act

What is not adultery

Messages on Whatsapp, Facebook, even Google Talk are now easy evidence permissible in court. In order to gather evidence as proof against your partner’s crime of adultery one can appoint a private detective. Now it is a latest trend to hire a private detective, to collect evidences including photographs, video, and more. Private detective may charge an amount equivalent to somewhat between INR 10000 – INR 50000.

Step 3: After collecting evidence, one should contact a lawyer to be further sure that the evidence amounts to adultery.

In cases where a woman wants her husband to be penalised, she can file a case under section 497 of IPC read with Section 198 CrPC as mentioned in the 2nd paragraph of the blog. In case for divorce where marriage is solemnized as per Hindu customs or through Special Marriage Act both the husband and wife can approach family court and file a petition for divorce.

Step5: Talk it out with your spouse. Go for Divorce through mutual consent.

It is always advised by the lawyers that first step should be to talk to the wife about the issue and ask for divorce through mutual consent. If agreed, the matter won’t take long time and also maintenance amount differs. If wife is ready for a mutual divorce here is the procedure:

Step 1 Both the parties need to file together, a petition seeking divorce before the District court.

Step 2 Before filing of the petition, married couple should make sure that they are living separately for a period of one year or more. After petition is allowed, parties are required for filing of statement. If any party is not available, any such family member of such party may file the statement on his behalf. Once this is done, ‘First motion’ is established.

Step 4 Court after a period of 6 months and not more than 18 months (cooling-off period)  will give a date for listening to the parties. If the case is withdrawn or the parties does not move to court at the given date(s), the petition stands canceled. After hearing to parties and on being satisfied court may pass a decree of divorce declaring the marriage to be dissolved.

Paper requirement: Income Tax returns( 3 years), details of present income, birth and family details and the details of the assets

Since the divorce sought either by the husband or the wife will not (in most of the cases) be mutual, one will have to take the matter through contest. Divorce through consent is a long process. The steps involved are:

Step1 Divorce petition to be filed in the family court.

Step2  The court will send a copy of the petition to the spouse.

Step3 Since mode of divorce is contested, one should be prepared for the time and mental trauma and lengthy court procedure.

Step4 If divorce is granted, court will further give a 6-month time span for reconsidering thing and also maintenance will be decided.

Maintenance provided when divorce is on grounds of adultery

A Hindu wife shall be entitled to live separately from her husband without forfeiting her claim to maintenance-  If he keeps a concubine in the same house in which his wife is living or habitually resides with a concubine elsewhere. The wife who is charged under the allegation of being indulged in the adulterous activity cannot be made liable to enjoy the ripen fruits of the Maintenance. No wife shall be entitled to receive an allowance from her husband under this section if she is living in adultery, or if, without any sufficient cause or reason if she refuses to live with her husband or if they are living separately by mutual consent.[7]

How to Get Divorce Without Mutual Consent- Complete Guideline